My Experience at the Excalibur

Well I didn’t make the top 5 cut in either of my classes.

I came in at just shy of 215lbs on contest day. I dropped about 8lbs of water the night before.

I was pleased with how I looked as I was arguably among the leanest in the show…definitely up there with the leanest in the Heavyweights, but because of my height I was just outmuscled. I managed to add a solid 18lbs or so of stage muscle in the past 6 months which is a pretty dang good accomplishment on its own. I looked the best I ever have and also competed in the toughest competition I have ever been in. I competed in the Heavies this time and the Open Mens Heavyweight class was the toughest class of the show with 15 competitors. They don’t tell us how we place after top 5 but I asked the judges after the show where I placed and they said 6th and there were 15 guys in my class.

I’d like to see if they were lying or not, but I’m somewhat proud of that. The Judges were very happy with me and every judge I talked to said that I had amazing potential and that my time isn’t now but in a few years after I fill out my physique. I made a small buzz among competitors and fans, judges etc when it came to my age. The fact that I had the development I do at 20 years of age really went over well. The closest person to my age in my class was 26 years old.

The guy who won my class just finished with competing in the NPC Nationals so even tho I didn’t place as well as I’d hoped I don’t feel too ashamed to placing behind some guys such as this.

This is one of the largest regional NPC shows of the year, and it was the largest ‘EXCALIBUR’ ever. They said we had over 400 competitors between the men and women!!! Thats insane! I think this includes people who compete in multiple classes…

I also competed in the novice heavyweight with the plans of winning that class but had some FREAKS show up. I was one of the smallest guys in the class! lol That class had 15 competitors as well and there were I believe 4 of us who jumped between the Novice and Open Heavies. 3 of the top 5 also were 3 of the top 5 in the open class. The winner of this class was some 27 year old with LOADS of potential. It was his first show and he was competing at a VERY lean 240lbs! lol He placed 3rd in the open super heavies. He looked like he had a little chemical gut going, but had soo much muscle everywhere else it didn’t matter. lol I felt slightly screwed in this class because I made the first call out and was among the top 5 at pre judging…apparently something changed there mind. Some old dood made top 5 that all of us competitors were a little mad about…it turned out that he was some old judge or some BS… I can’t stand the politics its a huge turn off for the sport. Oh well tho, nothing I can do about it, all I can do is show up at my best.

The overall winner of the show was a STUD. The dood was built like a freaking TANK. He was a super heavy at like 5’8" and reminded me of a Branch Warren.

Every Judge I talked to said I need to just add more mass, that my conditioning and proportions are great…I just need to be bigger. I’LL GIVE THEM BIGGER! I’m taking as much time off as I need, but I will not be competing again until I can walk on stage at 260lbs + I am tired of being too lanky, or come in full and then not being lean enough. So now I’m just going to turn myself into one big ass motherfucker and next time on stage I’m going to DWARF everybody. I’m going to build myself up so damn big they will have no other choice but to just give me a trophy. I’m talking building myself up close to Dennis Wolf status before jumping on there next. I’m tired of doing shows for now and showing my potential. I’m going to use my youth to my advantage and take 1,2,3,4 years off and come back as one big ass bastard! Shoot if I’m a 25 year old 260lbs bodybuilder that is STILL YOUNG. lol I compare myself to the best and often get disappointed when I’m not the best, I still have to take into account that bodybuilding and building muscle is growing and growing comes with time. I just need to remember I’m just barely considered a young man. I just need to grow and fill out. lol

So overall I’m not happy necessarily but I do have some new motivation and I did my best. I came in the best condition I have ever and am also at my biggest ever, so in that, with the fact that I did the best that my body could do at the time makes me feel better about how things went. I did manage to break my 2nd place trophy streak…but in the wrong direction. lol

Good job man. I went on the site, but they only have your old pictures right now. I’m looking forward to seeing you on the pro scene in a few years.

Nice story, got any pictures/video from the show?

Congrats bro, you certainly have nothing to be ashamed about. The Excalibur is no joke, and a serious regional show. Look at some of the recent winners of the show (ie: Curtis Bryant and Trey Brewer) and the level they’re at. If you come back in a few years as a solid superheavy, I see no reason why you couldn’t be a national level guy. Good luck man…now go get a cheese burger, or five.

Thanks a lot guys. Standard Donkey you are very correct, as are you B-MAC.

thanks for checking Artem. I’m hoping MD will have the pics up shortly or within a few days.

I’m at work now, but when I get home I’ll throw up some pics I had my roommate and dad snap at the show…not the best quality but they will do until MD shows up. They always do a nice job. I actually had MD photographer Bill Comstock come up to me and tell me I’m looking great and he was braggin about my age to everybody. lol He told me he’s excited to see what I can do in the future.

And I’ll do my best to keep up

don’t be so pushy or you won’t get em!

lol jk like they are that important. lol haha

Agreed with everyone else. You gave it a shot, and found out how progress yourself in the sport you love. That, and it’s good you got a buzz because of your age, people will remember that. Looking forward to the pics.

And hey! Props for getting out there on stage again! Don’t let the placings bother you too much - like you said - you’re a young competitor! You’ll be at the top one day

just give it time:)

Have fun bulking up. 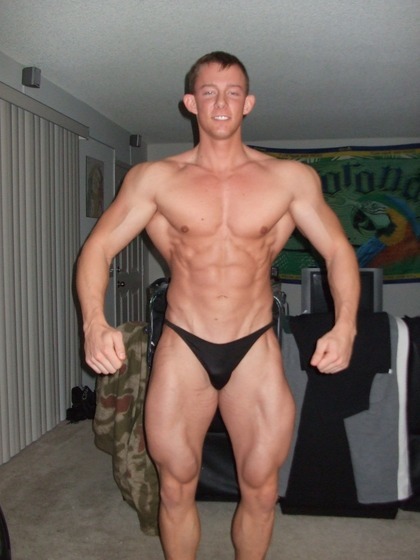 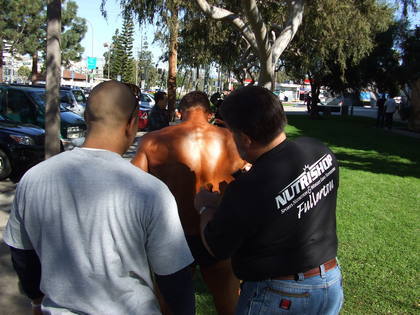 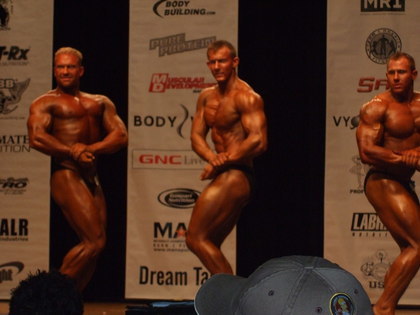 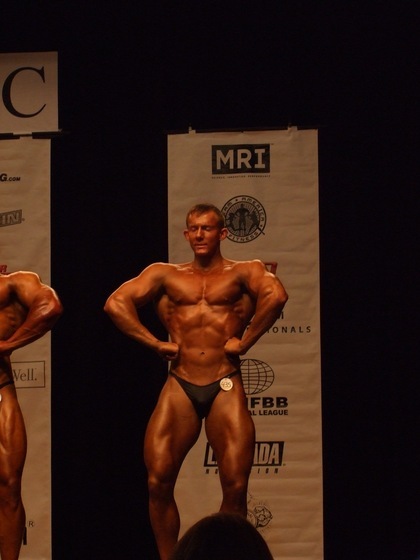 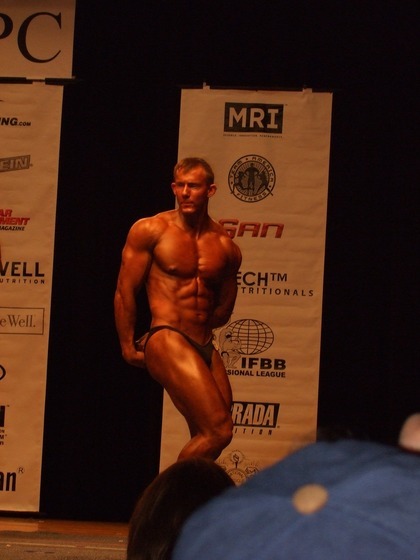 Good job man!
I think you looked awesome, good read… and somewhat inspiring for myself as well. I read your stuff a lot across the forums, you’re full of good info. Glad to see some pics to match it too. 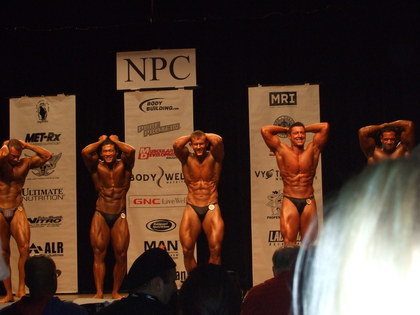