Lets say if you piggy back a 50kg gal and brisk walk 20m-this is considered one set.

What are being trained?

Haha,I might do this new exercise as part of a medley.

your legs stomach and back, mostly legs. Using a person is kind of dumb though, I would just use a sandbag or something.

I reckon using a person would be good fun…

Your bi’s would be held in contraction isometrically too if you’re holding up here legs.

You can train for wife carrying championships. 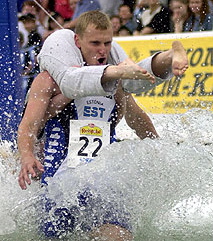 Wife carrying (Finnish: eukonkanto or akankanto, Estonian: naisekandmine, Swedish: kärringkånk) is a contest in which male competitors race while each carrying a female body. The objective is for the male to carry the female through a special obstacle track in the fastest time. The sport was first introduced at Sonkajärvi, Finland. Several types of carrying may be practised: either a classic piggyback, a fireman's carry (over the shoulder), or Estonian-style (wife upside-down on his back with he...

I did this with a 68kg ‘gal’, going up about 10 lots of 10 stairs (each floor had two stair cases going to it, 5 floors) five times. That was once up the 5 floors and once down, which equaled one go (up and down five floors five time). My legs burnt a bit afterwards, but the next day there wasn’t really aything to be worth wankin over, if wasn’t that good. I hear step ups (obviously with weights) are much better.

I felt it very good on my fitness, as I was breathing much more than I did when I went running.

Why wouldn’t you spin that girl around in the Estonian carry:)It would be more fun 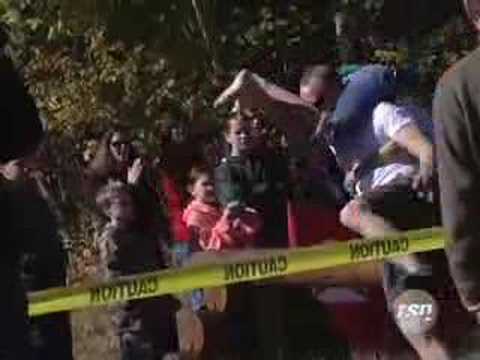