After the semi-recent reports regarding Michael Phelps marijuana use, I was involved in a discussion with some people over the issue. They basically said that they were glad Michaels drug use was nipped in the bud before his sports career was ruined by a life of hard drugs and debauchery.

I told them they were naive idiots, and that Mr. Phelps had probably been puffing the magic dragon recreationaly for quite some time. As I sat alone later, I recalled having read that Michael eats a 12,000 + calorie diet daily, and thats when I began to wonder if the ganja might actually be playing proactive role in his swimming career.

The Michael Phelps Diet: Don’t Try It at Home

The above link is an article listing his typical diet for a given day. After reading this I was even more convinced that my theory might be correct.

This diet looks fucking horrible for a gold metal Olympian…Its all munchy food!!! I have a hard time trying to down 5000 calories daily sand this duded doing nearly twice that. Granted, his workouts are intense and long, but 12,000 calories of shit I wouldn’t feed my dog?

My theory is that this guy is capitalizing on the hunger inducing side effects of THC to boost his appetite and increase his daily calorie intake. I heard that some of the classic BB used to do this in the 70s as well. If you ask me doesn’t sound like the worst idea…If you can drag your ass to the gym.

wow…athleticism got jacked up in the title. Ignore that.

I dont know wheter this would make sense, since smoking cannabis has some nasty side effects on lungs and therefore aerobic capacity involving high levels of ammonia,hydrogen cyanide and nitrogen oxides like tabbaco smoke.

Bodybuilder during golden era probably used for appetite enhancement and recreation (lol!) since aerobic capacity didn’t matter so much. This 12000 cal. claims are in my opinion lie and/or overblown in order to draw attention to pseudoimportance of his “diet”…

How can you hate someone you don’t know?

[quote]Con@n wrote:
How can you hate someone you don’t know?[/quote]

Pretty sure he said that he eats more around 8k a day, not the 12k… People just over-exaggerating to make it sound awesome.

I doubt its for appetite.

Excessive cardiovascular exersise will make you eat like an animal.

Back when I was a kid, playing like 3 sports I used to knock back easily 6-7k+ cals a day

If anything he smokes just to relax, which is useful in its own right when your life revolves around competition and constantly pushing yourself.

I assume the BB of the past and present use it for this reason as well.

If anything I think constant use of THC would hinder performance, but like alcohol it is perfectly useful for relaxation in moderation.

[quote]Westclock wrote:
If anything I think constant use of THC would hinder performance, but like alcohol it is perfectly useful for relaxation in moderation.[/quote]

Not true. Every stoner I knew who played sports got better once they started playing their games high. It took some time, but eventually coming to the game baked made them play better. Wonder why Ricky Williams smoked weed before his games?

Once baked its actually way easier to focus on a single task.

Yeah dude. My one friend plays call of duty high all the time and destroys everyone online. I was playing with him one day and he was performing like a 6 month old newb. I asked him what was the problem…he hadn’t smoked yet that day. One hour later he was destroying the lobbies once more.

Considering how many hours a day the guy spends swimming, 12000 cal isn’t really all that high a number.

From what I’ve seen, lots of athletes smoke weed to help them relax and recover, and their performance doesn’t really suffer to any noticeable extent. Sure, toking all day long probably isn’t the way to go, but intelligent daily use probably helps.

Of course, you have to consider that everybody’s different. Chances are some athletes would perform like crap if they tried to blaze on the daily, and are better “sober”, whereas others see their performance increase. It’s tough to argue against achievements like those of Arnold and Phelps though.

[quote]BrownTrout wrote:
Yeah dude. My one friend plays call of duty high all the time and destroys everyone online. I was playing with him one day and he was performing like a 6 month old newb. I asked him what was the problem…he hadn’t smoked yet that day. One hour later he was destroying the lobbies once more. [/quote]

I can attest to this also. I need bud to even be halfway decent at COD; sober I get my ass kicked. It also helps my jumpshot. And it undoubtedly helps me to relax and recover between workouts (especially because the munchies make it easier to eat the extra calories i need to recover and put on muscle), but there’s also no denying the fact that it hurts lung capacity and reaction time.

For a swimmer of Michael Phelps’ caliber, I can’t see daily smoking being of any benefit other than recreational(and thats coming from a former daily smoker.)

His sport is too demanding for him to be intentionally diminishing his lung capacity, but obviously he’s found a way to recreationally smoke that shit and still be a hugely sucessful athlete. For that, I and the rest of the pothead world thank and admire him.

If your brew tie out of herb, do you still get the munchies? I heard if you do it right you get wicked high, so I’m assuming it would also produce the hunger. This eliminates the ill effects of smoking. I’m not sure how much you would need though for a good cup of tea, so it might get expensive?

This thread is a major fail.

Use a vaporizer…all the good with none of the bad… 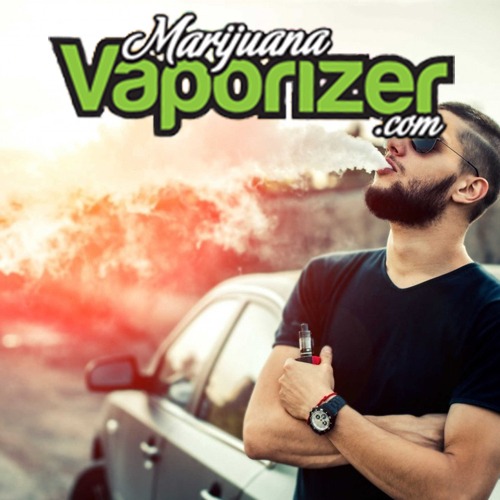 Never tried it but would love to someday…

maybe it’s because I’m from california but its a well known fact that swimmers/water polo players, etc are mostly stoners.

who gives a f*ck for what reason.

I smoke a lil ganj on occasion too…hmmm maybe Gerdy does it as some sort of pre-contest ritual and it gives him the appetite stimulation to feed more cals to get rid of the doms…then he rubs the resin on his elbows before the bench press. lol

I think its retarded how people got their panties all in a bunch when he decided to smoke a lil herb. Shoot with all the endorsements and stuff this guy has going on he was probably just tokin to relax like most people who smoke weed do.

Getting high is the type of thing you wanna do after working out for 5 hours a day. I really don’t believe marijuana affects motivation while not high, I just think people with very little motivation to begin with have a natural affinity towards marijuana. I know many people, including myself, who are highly motivated potheads.

I am a little skeptical about how often Phelps really uses marijuana. As a part of the WADA banned substance list, I have real doubts that Phelps would be using it when he is training and competing. In the years leading up to Beijing he could have been tested randomly by the IOC without notice. I highly doubt he’d risk being banned by doing it during that period.

The photo was taken during the months he was taking off post-Olympics.

marijuana actually slightly elevates cortisol, so the “relaxation” use may not be so beneficial for us. I would cite a source, but I’m a tad lazy