Matt Vena - Anyone Come Across Him Before? 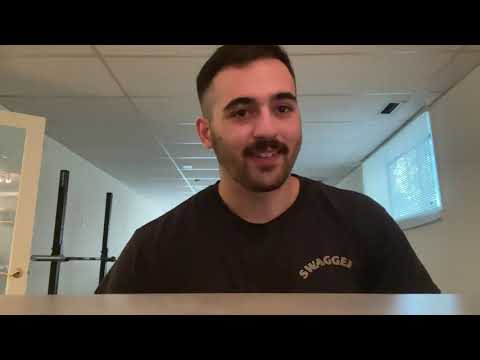 6 days/wk all main lifts (variations). Low RPE. Thought it was somewhat novel and wanted to share

Didn’t find any mention of him on the forums, hence the topic

I had a mini panic attack just reading and imagining doing that much in a week. His technique and efficiency on the movements must be flawless at this point!

I think I have my head around it. You do one group of exercises from squat/bench/deadlift each day so between 7 and 10 exercises per day.

All the non main movement stuff is at a warm up level of intensity. The main movement seems to be at where most people would consider a first working set.

Looks like the old Ian King principle of doing lifts that build up your weaker links first (but at a lower RPE) before doing the main lifts.

I see the logic but I don’t have many personal opinions about his program other than I don’t think you wanna do it if you’re above 35. Hell, it could work if you’re very aware of your body. Part of this game is finding what consistently works for you that causes the least injuries, hence avoiding unnecessary downtime for recovery, when it comes to what your joints and tendons can endure.

Which doesn’t mean I’m against taking calculated risks. Sometimes you just need to go batshit in the gym to progress. But in times of sanity, the risk to reward ratio should seriously be taken into consideration.

I had a mini panic attack just reading and imagining doing that much in a week.

So, he doesn’t do that entire page of exercises 6 days a week? (That’s how I read it.)

The way I parsed it was the same as @strongmangoals Whenever there is a blank line in between exercises that’d be the boundary for the respective training day. So, Day 1 would be,

So I did a quick tally of total sets per movement pattern and got:
72 press
33 squat
39 hinge
15 vertical pull
0 horizontal pull
9 tri extension

Also, am I the only one calling bullshit on those numbers? A near 700lb squat does not move like that, and you will need 3 spotters (no matter who you are). This is all lighting off way too many red flags for me.

Here’s him squatting 300KG in 2019 in a competition, supposedly. I’ve seen his videos, he seems legit. Could be wrong though.

A near 700lb squat does not move like that, and you will need 3 spotters (no matter who you are)

I don’t necessarily agree with the spotter thing but it was a smooth squat for his weight.

Yeah I could very well be talking out my ass lol. Props if this is all legit.

The way I parsed it was the same as @strongmangoals Whenever there is a blank line in between exercises that’d be the boundary for the respective training day. So, Day 1 would be,

Pretty much how I interpreted it too but I think he included his comp lifts on each day as well. I also don’t think the percentages apply to the assistance lifts since he states the RPE.

I’m not saying people won’t get results from this. I just think there are better ways to do things like what other high profile strong guys do. While I could be wrong, from what I’ve read, Eddie Hall basically trained like a bodybuilder to build his base of mass and now does something similar to his previous training but with emphasis on technique and stuff like percentage based progressions for certain main lifts.

Looks like he’s competed a decent amount already for his age and with good numbers. Third at IPF Junior Worlds is no joke.