Mark McGwire Admits to Steroid Use 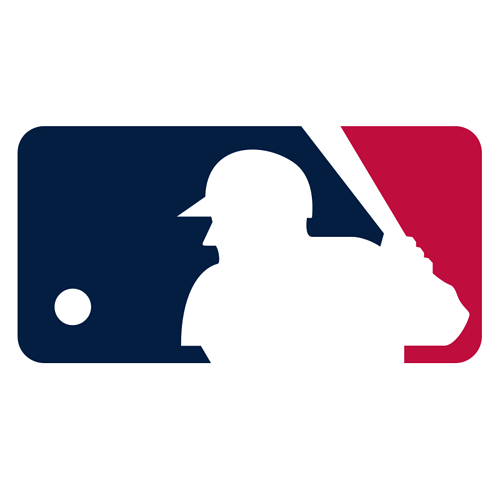 I guess getting snubbed for HOF made him come clean. Sucks for him…but I can’t help but think if steroids actually helped him break a record. I know…I know…can of worms,etc. I know that steroids help athletes recover better,come back from certain injuries,etc…which does equal better performance to a degree…but still.

Big Mac was a beast to begin with.

He broke no rules though, I don’t see what the issue is. Stupid, stupid sportswriter logic that likes to think sport is pure. Bullshit, it’s not. There’s NEVER an even playing field, that’s life, that’s sports, and that’s the way the world works.

Since when did sportswriters and congress jeopardize the NCAA’s monopoly on sports ethics? (har har)

I for one, am shocked. SHOCKED, I tell you!

I think being open about it will help him, the sport, all sports, and those who use these hormones for personal reasons.

[quote]davidcox1 wrote:
I think being open about it will help him, the sport, all sports, and those who use these hormones for personal reasons.[/quote]

Especially since he was such a nice guy (at least publicly). I’m from St. Louis originally and was a teen when he was breaking the record; absolutely everything about him in the press was positive. I realize that’s partly by design, but if he’d beat up a night club bouncer or something that would have made the news.

Maybe it’ll show the public that not everyone on the sauce is a dick (though of course there are some that are).

Realistically, all that the majority of the public will get from this is “See, it’s them STEE-roids!”

I saw on the bottom scroller thingy on the news (WTF is that called? I forget…) “McGwire says he thought steroids would help him recover faster from injuries, and be less prone to them”. Obviously with the insinuation that it doesn’t. Fucking lame-o.

He probably would have been a horrible athlete had he not done “teh roidzz.”

The thing that pisses me off is when people go on and on about it being an unfair advantage.

Sports, and life in general are full of unfair advantages, most of which have at least as great an effect as steroids. Why they’ve singled them out I can’t really understand. I know there are “potential” health risks, but I have very rarely seen any reference to them when they condemn drug use in sport.

Do you think that these athletes, who put up incredible performances, should be elected for the hall of fame?

It is now becoming apparent that during this era, almost everyone used PED’s in some form or another. So if pitchers were juicing as well as hitters, isn’t it ultimately an even playing field?

I am a huge Barry Bonds fan, but love him or hate him, he put up amazing numbers and was one of the best hitters ever to play the game. Steroids cannot help you with pitch selection or bat speed, so if both the hitters and pitchers were using steroids, it seems fair to me to select the individuals who had the best performances of that period of time, and elect them to the hall of fame.

I’m a firm believer that they should just fucking end the ban on drugs in professional sports.

I tell people this and they think am crazy. The people that never played the game always think that steriods is what helped Barry hit all of thoughs HR’s. It’s years of experience at the plate that helped him.

These guys should not be considered “tainted” for using. If everyone was clean, they would still be the best.

I tell people this and they think am crazy. The people that never played the game always think that steriods is what helped Barry hit all of thoughs HR’s. It’s years of experience at the plate that helped him.

IMO
[/quote]
Well, a fairly high percentage of people think that if they know one piece of information in a given area – for example that anabolic steroids can increase strength – then they can come to correct and definitive conclusions on anything involving that area.

And they do, and they know they are right.

I guess getting snubbed for HOF made him come clean. Sucks for him…[/quote]

His lie in deflecting suspicion of his steroid use by letting reports “find” a bottle of androstenedione in his locker and attributing his results to that was the start of the movement against prohormones.

I don’t feel sorry for him. It was snake-like of him to concoct this lie. I am not saying he was obligated to admit to using anabolic steroids – no one is obligated to confess to an illegal act – but that does not exonerate him from that particular deception.

The guy who said professional sports leagues should end the ban on steroids is ignorant. Not only will that end comparisons to previous years but it will taint the image of professional athletes. Even if YOU know a lot more about steroids than the average joe that doesn’t mean people will be willing to listen. And then it would have a contra effect where we will be telling society that steroids are OK; a normal drug, particularly influencing teens and leading to abuse. It would completely change the status quo.

I know many of you here are educated on the subject of anabolics but numbers don’t lie. Maybe its the placebo effect or something but if you look at the pre, post steroid stats of MLB players there’s a difference. They do SOMETHING to your performance which players not on them can’t replicate. If you are so genetically talented like Bonds and McGwire why do you need to take steroids? You already have a LEGAL advantage. Steroids just complicate sports. They have no room in sports.

(This was originally with regard to the proposed and now actual prohormone ban, where a major part of the push to ban them was on account of desire for them to not be used in sports.)

However, the House and Senate staffers seemed to find that philosophy a total does-not-compute for them. Huh? Of course if sports organizations don’t want something used, we should prohibit the entire American population from using it, so as to preserve the sanctity of sports.

I have no problem with sports organizations choosing to ban the use of substances if they desire, other than that I note that they tend to fail at it in practice, and I have a suspicion that they really don’t want to succeed in ending PED use: they wish only to create the appearance that the use does not exist.

They really don’t want HR’s dropping, Olympic performances falling well behind past years instead of setting new records, etc. This is just opinion: I can’t prove it.

I guess getting snubbed for HOF made him come clean. Sucks for him…[/quote]

His lie in deflecting suspicion of his steroid use by letting reports “find” a bottle of androstenedione in his locker and attributing his results to that was the start of the movement against prohormones.

I don’t feel sorry for him. It was snake-like of him to concoct this lie. I am not saying he was obligated to admit to using anabolic steroids – no one is obligated to confess to an illegal act – but that does not exonerate him from that particular deception.[/quote]

I don’t feel sorry for him either, but damn, I’m not mad at him like you are Bill. I’ve never been in that situation so I can’t say if I’d have acted the same way, I’d like to think I would have come clean about this stuff but I’ll never know.

It’s pathetic how the MLB has to run these types of stories damn near EVERY winter to get people to pay attention to their game.

Fuckin’ sleazy. The game can’t get enough attention on it’s own merit. And now the sportswriters and sports radio folks are going to run this into the ground.

It doesn’t suck me in though, I’m bored by all of it. I’d rather pay attention to the game than all of this crap that happened at least a decade ago. But I can’t.

Even now, when I’m at a game there’s rumblings all over the stands with speculation about who’s juiced and who isn’t. It sucks, and again, it’s boring. Bunch of ninny hens who couldn’t throw a ball like a man if they worked on it for a month solid cacklin about shit they have NO IDEA and NO BUSINESS talking about. I need to fast forward BSF to the part when Louie is droppin knowlege… So I can regain my belief that there are Americans who really do strive to be the best rather than drag other folks down to their level.

As to why many MLB players would choose to take anabolic steroids above and beyond reasons of making a big difference in being able to endure the grueling schedule (162-165 games in a season with never more than one or two rest days except for the All-Star break, unless you want to be on the DL):

If you can already hit the ball a large number of times per season being caught right at or very near to the fence, then as improved strength can convert some of those to home runs, this makes a big difference in performance.

If you don’t have that degree of gift, then there is not going to be much consequence to each hit or at least some of them being just that little extra bit further.