I figured this would be the best place to bring about this topic, as there are knowledgeable folks who know the chemistry behind the brain and drugs. There is no question that the US government has put out a heap of bullshit information about marijuana. A brief background about my marijuana use and training history: I’m 23. Smoked on and off but pretty consistent from age 15-21. During my heaviest pot smoking days I happened to be a year into a serious powerlifting regimen. I was 19 and build my DL to 500, squat 360 and bench 330. Life and injuries got in the way and I stopped powerlifting for a while (although still exercising consistently and regularly). For the past year I’ve gotten back into lifting heavy and I’m still not even close to my old numbers. I would think having built that strength up already and not having to fully learn the techniques I would get my numbers right back up in no time. I’m still almost 100lbs less than my old lifts. The only thing I was doing differently was lifting 6 days a week(worked part time as security had plenty of time to lift) and I smoked a LOT of marijuana. I’ve read numerous studies stating marijuana increases estrogen and cortisol which will be detrimental to recovery and anabolism. But it seems like when I was smoking I was never stressed and I could lift heavy many days a week and see gains every week. My main question is, is marijuana an athletic and or hormonal enhancer? Does anyone train on an intermediate to pro level in powerlifting or any sport for that matter and contribute a large amount of their training/recovery to marijuana?

Mane fuck your hundreds of years of science and research. Dems studies have limitations: their in human beings. I’m a fucking animal bro. 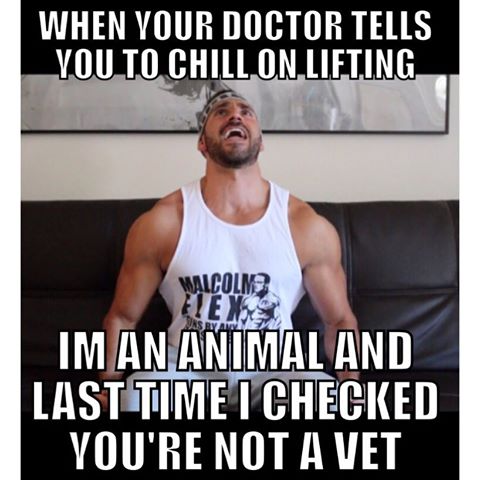 Srsly tho there’s pros and cons. Stress physical or otherwise contributes to fatigue just like lifting does.Would be interesting to see the tradeoff between being hakuna matata and the cons.

I’ve read/heard that a few unnamed NFL players actually smoke a little bit right before games for their pain relieving benefits. I can’t recall where that info is from so it could just be a bunch of BS.

I go through my fair share of the tickle bush and the only real difference I ever noticed in my athletic performance is that my cardio system “weakened”. EX: slower sprints and lower endurance. Something to note though that I quit smoking after my short term memory started to become pretty impaired.

I don’t see how it could raise cortisol. It’s the world’s greatest stress relief lol. Smashing a workout that hittin a J always had me feeling like a million bucks

That’s the main reason I quit was for memory, cognitive clarity and focus. I’d love to see real evidence of how it effects your hormones

Weed may increase estrogen, E2, decrease testosterone, all these things… but most of the time, it doesn’t actually seem to. IDK you can run your own self tests with high THC vs. high CBD, vs. whatever, but the bottom line for me is… I’m a lot more relaxed when I vape or smoke cannabis. This translates to better performance at the gym. I’m more into it, enjoying what I’m doing, and feeling no pain.

It’s all timing and where you’re at I guess. I can’t do weed if I’m lifting early in the day, because I need my brain to work correctly for work. If it’s at night, hells ya.