How I can organize it???

How much experience do you have with these compounds?

I know test and Deca can be run with either dbol or winny and it can give great results for either. Both dbol and winny have an action that is independent of the Androgen receptors. Basically they still work if the receptors are all occupied. Not that all would be.
If you go test Deca and winny you get one from each family. The test based, DHT based and 19-nor.
Test Deca and dbol is an age old receipt for gaining. If you can’t gain on these then you can’t gain.

Taking both winny and dbol is going to be hell on your liver. Even if you take a break in between them it will still be risky. There just isn’t enough time in a cycle for your liver to fully recover after an oral kicker in the first few weeks with enough time before you try to run the next oral to finish strong.

Either layout, with winny OR dbol can be a good choice. What is your ideal outcome for this cycle?

What AI will you be having on hand even if you choose to run without it? That does come into play as winny can affect your cholesterol and so can some AIs.

What is you PCT plan? Will you be running HCG? HCG can cause you to NEED Nolvadex during your cycle so that is a factor as well.

I have only been in mono cycles like deca … I do have nolvadex 20. I want to gain Clean muscles…
What’s that mean HCG?
how to combine steroids?
I want to know for how many weeks I have to run the cycle?

how to organize steroids during the cycle??? 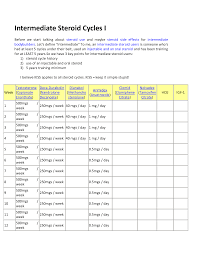 That image was too blurry to read.

So you have run just Deca in a cycle before? Have you ever ran a testosterone only cycle?

Since you have no experience with stacks I do not think a three compound stack is a good idea.
I REALLY do not think a stack where you use two or three compounds for the first time is smart. The exact opposite is what I think, it will be ill advised and a recipe for disaster.

I think you should just do two compounds. So pick two. Things to think about, oil suspended hormones like test or Deca have a very long shelf life. Depending on how the orals are packaged and stored I couldn’t even guess how long they will remain potent. But you should be more than fine to save them for a later cycle as long as that cycle isn’t three years from now.

As far as HCG go search it and read. There is plenty out there.

Do you have enough Nolvadex to possibly run for the entire cycle AND PCT? The alternative to using Nolvadex on cycle is to have either arimidex or aromasin on hand. Go read up on them.

Since I am not sure if you will reaspond directly to my earlier questions I will put this in. I think you should stay away from the orals. If you have only ran a Deca only cycle then combine it with the test. Provided you didn’t have issues with the Deca. Using two or more compounds together for the first time is a bad idea. If you have used Deca and not test before then if some weird side effect showss up or you react strangely you can assume it’s the test.
A test and Deca cycle can give you very nice clean gains, you control the gains through diet.
I would think a twelve week Deca and a thirteen week test combination would be something to look at. If you run the test a week past the Deca then when you stop the test wait your two weeks of no injections and start PCT.
I am hesitant even saying that to you but I have a feeling you might try to take two orals and that is hell on you liver.

A first stack should only be two compounds.

Test only. Save the other stuff for another time or sell it off. Test is best.