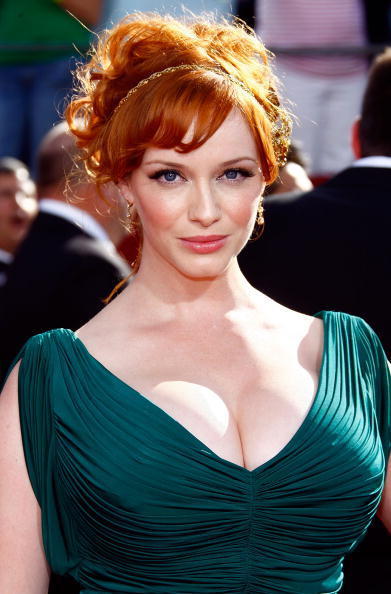 Does anybody watch this awesome show? Im not going to lie,Christina Hendricks is the only reason why I tune into it but now im really entrenched in the story.

Her tits broke my flat screen.

I watch it. Awesome show.

Best show on tv since the early days of the soprano’s.

You guys check out the last episode? Roger doing the Black face was pretty…unexpected. I didnt find it offensive but it came out of left field. I guess hes losing more and more respect from his friends because hes marrying such a young girl like Jane.

I also never realize how tragic Joans characters becoming. She got raped by her own fiance,shes realizing that hes not going to become as successful as she think he is (hes killed a patient after all) and then shes forced in singing “C’est magnifique!” to bail out her loser fiance (Which is quite ironic since “C’est magnifique!” which means “its magnificent” in French…its clearly not in her case,She was passed over with little thought from her scripting reading job,and well,there’s not much hope for her in the future.

This is a shame too because out of all the characters that I like,I absolutely fell in love with her. Im hoping things get better for her as the story progress. Btw,mitchellh,the same guy that wrote the Soprano came up with this show aswell.