Whatever you do, don’t keep taking the arimidex.

You took it for a week, then felt like shit. then kept taking it!

Obviously your gonna do whatever your gonna do. Just remember, Low e2 will cause you a long lasting hell that is just not worth it.

I backed off for 4 days to let my estrogen recover.

Backing off for 4 days did absolutely nothing. Half life of arimidex is like 72 hours or something? Anyway, im going to stop now.

Lower your test dosage if estrogen is barely over the ranges. HCG can complicate and make a mess of things because now we need anastrozole to control estrogen and that’s a whole other world of hurt.

If you took the AI and estrogen was only a little high and now libido is low, I would expect estrogen to now be low. Emotions, penis sensitivity and libido can seem blunted when estrogen is low.

I’ve never heard of FSH increasing estrogen, HCG which mimics LH increases testosterone and estrogen inside the testicles. If you must do HCG do to high costs for FSH, think about doing smaller daily doses (100-150) and this will have a chance to reduce estrogen. Doing 400-500 in one injection may be creating excess estrogen or just enough to push your estrogen over the top.

If you knocked estrogen low it could take awhile to recover, the half life of anastrozole is approximately 50 hours, so if you took a break 4 days, estrogen woulds still be in the recovery process.

It may take about a week or slightly longer to recover fully from low estrogen, if joints were affected it may take longer for joints to recover.

That sounds like a good course of action. Lower my dose of test slightly. Lower HCG significantly and add FSH for a couple months until wife is pregnant. Stop taking anastrozole. I think long term it makes sense to lay off the AI. Seems like more trouble than worth.

I go to a reputable male clinic here in Tampa that’s well versed and respected on the forums.

Then what the hell are you doing altering your protocol based on randoms on the internet?
alphagunner was giving you some solid advice on you E2 and AI usage I can’t believe you blew him off.
No one in the thread knows anything about TRT and making babies you need to listen your clinic and not mess around. Syn FSH does not replace HCG which acts like luteinizing hormone LH. It take both.

For me, high e2 is anxiety and insomnia. Also zero sex drive.

@anon10035199 we all know how you feel about arimidex. But you’re not everyone. Some need it. In your case, you didn’t. Ops feeling like shit isn’t necessarily the ai. It could be the hcg as I felt like shit on it too.

I would start over w just test. Then Test bloods and see how you feel. THEN add other moving parts, like the hcg.

For whatever it’s worth, hcg made me feel like shit. Moody and irritable. It was likely the hcg itself or the associates increase in e2.

whatever it’s worth, hcg made me feel like shit. Moody and irritable.

Me too. I did 3 injections and never took it again

I was just going to point that out, I have read in mutliple places that hcg creating E2 in testes is not thru aromatization. Which I still cant get my head around. So HCG might very well be resulting in estrogen build-up even with an ai in place.

What would you do to raise your estrogen levels if they are low?

TRT is one option.

Let’s say your on TRT. Low estrogen before and during. Is there anything you can take? I’ve read mixed results on taking DHEA to raise it. 1 shot a week also.

Is there anything you can take? I’ve read mixed results on taking DHEA to raise it.

You could try it. Do you think you need it for some reason?

Yea my estrogen is low. Been on TRT for a couple months now and still trying to get things figured out. Prior to TRT it was 7 and now it’s 14 of o remember correctly (sensitive scale). Feel like crap. Doctor didn’t think much of it. I’d really like to bring it up. Everything I can find online is about bringing it down lol 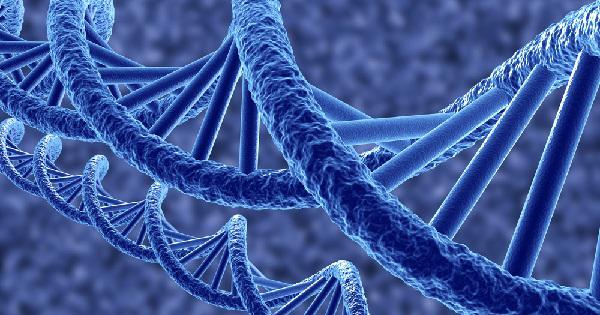 The CYP19A1 gene provides instructions for making an enzyme called aromatase. Learn about this gene and related health conditions.

More than 20 mutations in the CYP19A1 gene have been found to cause aromatase deficiency. This condition is characterized by reduced levels of estrogen and increased levels of androgens. These abnormal hormone levels lead to impaired sexual development in affected females and unusual bone growth, insulin resistance, and other signs and symptoms in both males and females with the condition. CYP19A1 gene mutations that cause aromatase deficiency decrease or eliminate aromatase activity.

A lack of aromatase function results in an inability to convert androgens to estrogens before birth and throughout life. As a result, there is a decrease in estrogen production and an increase in the levels of androgens, including testosterone. In women who are pregnant with an affected fetus, excess androgens in the placenta pass into the woman’s bloodstream, and may cause her to have temporary signs and symptoms of aromatase deficiency.

I’ll have to read into what you linked, looks interesting.

Where does your SHBG levels sit?

So, test is up, but E2 has not responded in kind? You could take estradiol.

I need to go get new labs. I’m going to try and get some tomorrow. When he ordered them last time it was the second or third time and he didn’t run everything.

That could be a career ender.

The first time it was EVERYTHING, since then it’s just been certain things he wanted to see. I’m new to this and him but he seems cool, Time will tell how knowledgeable he is and how willing he is to work around my “feelings” lol