Anyone who can shed some light on this, I’d appreciate it.

Doctor has started me on Clomid and Anastrozole (estrogen blocker).

Maybe this is simply preventing it from raising too high. I’ve heard the positives of estrogen, and also some negatives about AIs. That wasn’t with clomid in the picture though.

Anyone who can shed some light on this, I appreciate it.

You never mention the AI dosage, simply lower the dosage if E2 is low. Clomid is a short term solution, you stop it after 3-6 months to see if your pituitary kicks in on it’s own, if not it’s time for TRT.

AI’s when used appropriately aren’t dangerous. Too much estrogen isn’t good for me, I get blood pressure problems, bloating, irritability and complete lack of sex drive.

Anything in excess is bad for you.

First - What is the difference between Estradiol and Estradiol sensitive?

ECLIA vs LC/MS/MS TESTING FOR E2

The ECLIA test (aka immunoassay or IA) for E2 management is commonly used for those on TRT. It is not an incorrect test or a test for women, but simply one way to check estradiol levels. The other commonly utilized test is the LC/MS/MS method (aka liquid chromatography dual mass spectrometry, sensitive or ultrasensitive). It is the more expensive of the two. There are inherent advantages and disadvantages to each of these two methods. I have been fortunate to be able to speak with professionals who work with both methods. One is a PhD researcher for Pfizer and the other is a medical doctor at Quest. I’ll summarize their comments.

The ECLIA method is the more reliable of the two in terms of consistent results. The equipment is easier to operate thus accuracy is less reliant on the skill of the operator. If the same sample were to be tested twenty times, there would be very little, if any, difference in the results.

The ECLIA method is not as “sensitive” in that it will not pick up E2 levels below 15pg/mL. If your E2 level with this test is 1-14pg/mL, the reported result will be “<15”. Because of this, it is not recommended for menopausal women, men in whom very low levels of E2 are suspected, or children. In other words, if your levels are below 15pg/mL, and it is important to know if the level is 1 or 14pg/mL, you do not want this test. For us, this is likely moot, since if you are experiencing low E2 symptoms and your test comes back at <15, you have your answer. For a woman being treated with anti-estrogen therapy for breast cancer, it may be necessary to know if the E2 level is zero or fourteen because therapeutically, they want zero estrogen.

A disadvantage to IA testing is that it may pick up other steroid metabolites, which in men would be very low levels, but still could alter the result. Another potential disadvantage is that elevated levels of C-reactive protein (CRP) may elevate the result. CRP is elevated in serious infections, cancer, auto-immune diseases, like rheumatoid arthritis and other rheumatoid diseases, cardiovascular disease and morbid obesity. Even birth control pills could increase CRP. A normal CRP level is 0-5 to 10mg/L. In the referenced illnesses, CRP can go over 100, or even over 200mg/L. Unless battling one of these serious conditions, CRP interference is unlikely.

The LC/MS/MS method will pick up lower E2 levels and would be indicated in menopausal women and some men if very low E2 levels are suspected and it is desired to know exactly how low, children and the previously mentioned women on anti-estrogen therapy. It will not be influenced by elevated CRP levels or other steroid metabolites.

While some may believe the ECLIA test is for women, on the contrary, as it pertains to women on anti-estrogen therapy, such as breast cancer patients, the LC/MS/MS is the test for women as CRP levels are a consideration and it is necessary to know if the treatment has achieved an estrogen level of zero.
On the other side of the coin, LC/MS/MS equipment is “temperamental” (as stated by the PhD who operates both) and results are more likely to be inconsistent. Because of this, researchers will often run the same sample multiple times.

It is not clear if FDA approval is significant, but this appears on Quest’s lab reports: This test was developed, and its analytical performance characteristics have been determined by Quest Diagnostics Nichols Institute San Juan Capistrano. It has not been cleared or approved by FDA. This assay has been validated pursuant to the CLIA regulations and is used for clinical purposes. This statement is on LabCorp’s results: This test was developed and its performance characteristics determined by LabCorp. It has not been cleared by the Food and Drug Administration.

It is unlikely that any difference in the same sample run through both methods will be clinically significant. Estradiol must be evaluated, and it should be checked initially and ongoing after starting TRT. It obviously makes sense to use the same method throughout. Most important are previous history and symptoms related to low or high E2. Those are correlated with before and after lab results. Any estradiol management should not be utilized without symptoms confirmed by lab results.

However, with Estradiol sensitive levels so low, do I WANT to block the estrogen?

No, regardless of the levels with either test, do you have any elevated E2 symptoms? I do not see how you could with those numbers and you want to focus on symptoms over numbers and ranges anyway.

I wouldn’t block e2. I’d let it build up and then see if I even need a blocker. Who knows maybe you don’t. There is too high e2 and to low. Men will attest to rather having high than low any day.

Chlomid is restarting the system. The system should create a proper amount of t and e2 naturally right? Just asking because it sounds logical. If I was injecting that’s different. The body might be given too much and can not handle it.

If you deside to stop your AI and let your E2 go up. Here’s the side effects to look for when it gets too high.

So what does estrogen do in males? The most common symptoms of high estrogen in men include these eight:

As you can see from the list above, men with too much estrogen aren’t just at risk for non-serious symptoms like decreased sexual function and enlarged breasts. They are also at high risk for more serious problems such as type 2 diabetes.

Where did you get that list from? Its mostly outdated and falls outside of science. There is contradictory science showing that high estradiol is prostate protective and there is zero evidence that high estrogen with high T increases prostate cancer.

Which autoimmune diseases does estrogen increase the risk of?

We need some studies here man.

So what does estrogen do in males? The most common symptoms of high estrogen in men include these eight:

I think all of that may be true IF (it’s a big if) testosterone is low.

Going back to the days when I was a competitive weightlifter, I can say I saw #2 and #7, with both more common with bodybuilders than weightlifters or powerlifters. I think they did more crazy stuff, the esoteric steroids and heavier doses. The majority did not have any trouble and we must have had pretty high E2 levels.

I wish we would have run labs for hormones back then, if the technology was even available. Even then, we wouldn’t have spent the money to find out how high our test levels were, or E2. All we were concerned about were LFTs. 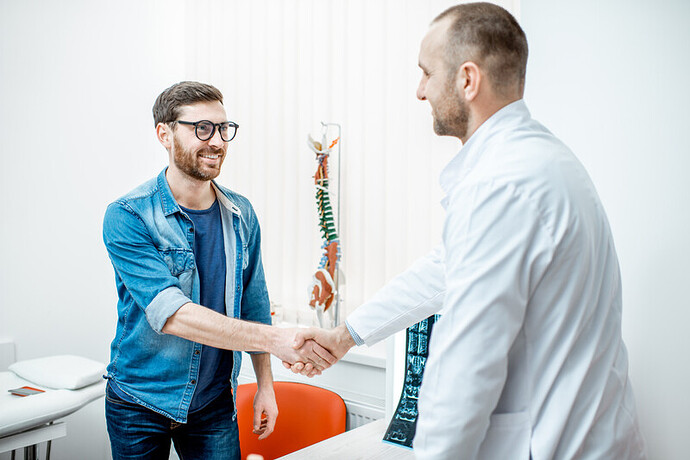 These are the most common symptoms and causes for high estrogen in men, and the possible treatment options for estrogen regulation in men.

From one of his references:

The roles of estrone and estradiol in men’s health remain poorly understood. In our analyses, elevated total and free estradiol as well as estrone levels were associated with existing T2DM. These associations were preserved in fully adjusted models that incorporated a control for total testosterone. These models therefore provide some evidence of a testosterone-independent association between circulating estrogens and T2DM in men. In contrast, in longitudinal analyses, only the estrone levels were predictive of incident T2DM. Estrone thus may more sensitively capture T2DM risk, expressed either as concurrent prediabetic illness (i.e., IFG) or as incident T2DM. The lack of significant association between estradiol and incident T2DM is consistent with findings reported in the Rancho Bernardo Study (5,14).

The relationship between estrogens and T2DM has been recognized in women but not in men.

I think there’s a limit. I’m sure there is a think as having too high e2. For sure. It’s not as harmful as low e2 for sure, but you don’t want it to be sky rocket high. I haven’t heard or any serious issues from elevated e2.

Please quantify that statement? Jay Campbell runs his at 130.

Do you really think J cambell only runs his T at TRT lvls? Have you seen his picture from 10 years back? He’s a juicer if I’ve ever seen one.

There are people out there called outliers hell we have a regular posting here all the time Highpull. No one does his T dose and gets so little out of it on his blood tests.

What is OK for one guy can kill another. Just because JC can get away with an E2 of 130(god I can’t believe I am typing such a big number) doesn’t mean you can. An if he’s preaching that he’s a fool. I’m glad I threw away his free book that cost me 12 bucks.

Do you really think J cambell only runs his T at TRT lvls? Have you seen his picture from 10 years back? He’s a juicer if I’ve ever seen one.

What do his T levels have to do with his E2 levels? Your claim is that any high E2 numbers are bad even though all reputable science has squashed that claim.

What is OK for one guy can kill another.

Well I get that but in this scenario if high E2 with relatively high T were to KILL you then that person would be the outlier.

There are people out there called outliers hell we have a regular posting here all the time Highpull. No one does his T dose and gets so little out of it on his blood tests.

Well, I guess you can believe what you will. I’ll post my labs if you’d like. No reason to lie. But, it would be interesting to round up some guys taking 200mg/week and compare numbers. I’ll look into it.

130? He said 75 other day. Jays a Nut case . Dude flipped out on me the other day via email. He wanted to engage my company for services. I sent a sarcastic comment to one of his emails the other. A Totally harmless comment and he responded “fuck your, do you hear me I’m done with you. F your company and I’m banning you from everything”… I was shocked and just dumbfounded. I’m still shocked.

The guys crazy. Not a good expample if keeping e2 in healthy ranges.

Well there are just so many folks who lower there dose to lower e2. This is because they have symptoms. Folks are constantly suggesting it around here.

This thread has taken multiple turns here. My concern is if my estradiol sensitive was measures at 7.2 when the standard range in 8-35, doesn’t this suggest i have too LOW of estrogen? My concern was by taking an estrogen blocker, that it would prevent it getting back to that healthy range. What are the symptoms of estrogen being too low?

Yeah if you are on an AI then you shouldnt be.