I managed to jump onto a 20 inch box holding a 25 kg bag about 55 lb ( I could not do much more no cheating ) but failed to jump onto a 30 inch box unweighted.
I do not know too much about plyos ( I did read Chu’s book a long time ago) but does this show a starting strength deficit ( I forget the terms).

Apart from the obvious weightloss 125 kg be what could I do to improve my chances of making the 30 inch jump.

Have you been jumping much lately? Or did you just bust that shot out today, out of nowhere?

Because that’s pretty good jumping. And if you’re new to it, you’ll just need a few workouts to practice before you hit 30 inches.

Strat with maybe 8-10 jumps per workout, building up to 15 or so in a few weeks.

Thanks I have not jumped in many years. I was not bad at high box jumps previously but weighed about 95 kg still overweight though.

Should I do mostly unweighted jumps?
I hope I am not too sore after these. I used to get terrible DOMS doing mixed plyos - a weighted deadlift or squat then either vertical or horizontal jumping .

Dude, you’re kinda crazy. So just promise me now that you won’t start jumping off the roof or doing anything to extreme.

I would mix up the jumps.

A “volume” workout could be accumulating 10 bodyweight jumps to a 24 inch box.

An “intensity” workout could be jumping on to an 18" box, holding progressively heavier dumbbells.

For “starting strength” you could sit down on a box, totally relax, then jump to the highest possible box. With just bodyweight, or holding extra weight so you have a couple records to break.

For endurance specific to jumping you can stand in place and do 3-6 consecutive jumps, for 2-4 sets, pulling your knees up as high as possible at the top. Trying to bounce smoothly.

After 4-6 weeks of cycling through 2 jump workouts a week, breaking various records, bring out the 30 inch box and get your ass up there!

Thank you very much for your help Flats. Your English is amazing too btw.
I may try to make some boxes in the future . The gym only has 20 inches and 30 inches. But I suppose I could improvise.

Maybe ask Christian Thibadeau about a basic jump routine using just a 20" and 30". I learned a lot about jumping from his stuff, and he’s great at laying out long term progressions. He may already have a program built around only 2 heights.

Thanks for noticing my English! I’ve been practicing daily for awhile now.

Thanks. I might ask him a bit later once I have had a go myself. I will do a search.You have improved a great deal. I have started practicing my German again but it is difficult.
I can just about read but writing and speaking is hard. 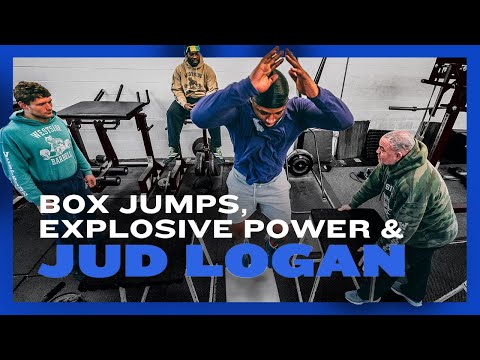 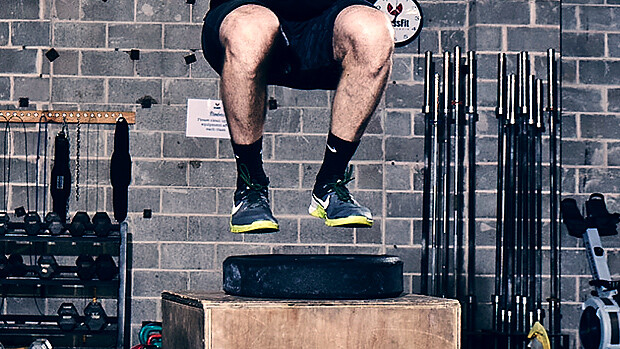 8 Jumps to Boost Strength and Athleticism

Add some jumps to your training and your body will recruit more muscle fibers when you lift weights. Here's how.

That’s a very nice article . Simple just as I need.
I will add these before my main lift.

Upper lats sore today but not very sore plus abs a bit.
Guess that is from stabilising the jumps.

Your English is amazing

Absolutely @FlatsFarmer. I had no idea you were not a native speaker.

I do not know too much about plyos ( I did read Chu’s book a long time ago) but does this show a starting strength deficit ( I forget the terms).

Controversial (although I hope not), but Louie is not a good person to listen to in regards to jump training

Thank you for your advice. I will do a lot of unweighted jumps. I think I was tucking my feet a bit too. I can get the 20 inch fairly comfortably.
.
I used to be a better jumper though without being strong granted I was a lot lighter . But then I suppose it is all relative . I seem remember taking a while to jump. My best jumps were always quicker though but I was actively working on it.

Judd Logan was a world class track and field athlete. He told Louie how to do the jumps.

Louie is against plyometrics for lifters and gym rats because they suck too much to deal with the forces generated in plyometrics. That’s why they jumped Up on to boxes. No brutal landings.

I do not understand why?

Because now it seems like I stalk Jagga across the internet, looking for arguments.

I only mentioned that stuff because I thought you were on the right track, and that the ideas you had mentioned didn’t seem crazy. And to show what we discussed was “sound.”