Thought I would create a thread for discussing ab training, posting videos of exercises and anything else ab related.

I will start by discussing the fallacy that skinny guys have abs and that in order to have abs you just have to loose weight, yes you will be able to better see what’s there but that doesn’t mean an impressive midsection. If you follow the same logic they would also have great looking arms too because the muscle would be more visible.

Many people neglect direct ab training because of this and think it’s cool to hate on abs in general. I get that it’s not everyone’s top priority but an impressive midsection is not easy to come by so the efforts to achieve one should not be played down.

I will post a few videos and exercise suggestions to this thread as it goes along and feel free to do the same.

Disclaimer, by using the term abs I’m also referring to other aspects of the midsection like the oblique and serratus. Don’t need another chin/pull up situation when I post a serratus exercise.

How do you train them?

How do I train them…not hardly at all haha It’s one of those muscle groups I keep saying I’m going to train with intent…and then when it comes time to do it, I don’t. But I justify it by telling myself that at least I don’t skip legs haha

don’t get me wrong I’m not saying that squats, deads, chin ups, military press and other compound exercises won’t help build them. But I feel for stand out abs they need to be hit with a bit more purpose.

It’s strange because many people who say they don’t need to train abs directly because they get hit indirectly through compounds feel it necessary to have a shoulder day. You could sack that off under the same premise.

Terrible music but here is my man crush training abs.

And another for training at home. The exercise at 6.30 is one people may not have seen or tried before.

Training abs plays a role in total body strength, too. I think that gets overlooked sometimes. Heavy ab work (not 1-3RM heavy, but in the 4-6 range depending on the exercise) seems to help everything feel stable.

For general ab work, I’m still a fan of interspersing ab work with cardio. The idea’s been around forever, from Frank Zane up to coaches like Mike Mahler, Thib, Dr. Lowery, and Martin Rooney. A set of moderate-to-high rep ab work, couple minutes of cardio, repeat for a while.

For general ab work, I’m still a fan of interspersing ab work with cardio. The idea’s been around forever, from Frank Zane up to coaches like Mike Mahler, Thib, Dr. Lowery, and Martin Rooney. A set of moderate-to-high rep ab work, couple minutes of cardio, repeat for a while.

I like to do something similar I learned from Thib: ab move like roll outs, farmer’s walks, short 20 sec sprint on the airdyne bike. Makes abs more fun, and (at least it seems) to carry over to total body strength.

I definitely don’t give my abs as much attention as they deserve, but I do try to mix in hanging knee/leg raises and ab wheel rollouts at least once per week as I feel those are my best “bang for the buck” movements for abs/core.

I drool over “Crossfit Abs” though, that I assume are built from a lot of hanging ab/gymnastic movements that require entire core engagement. 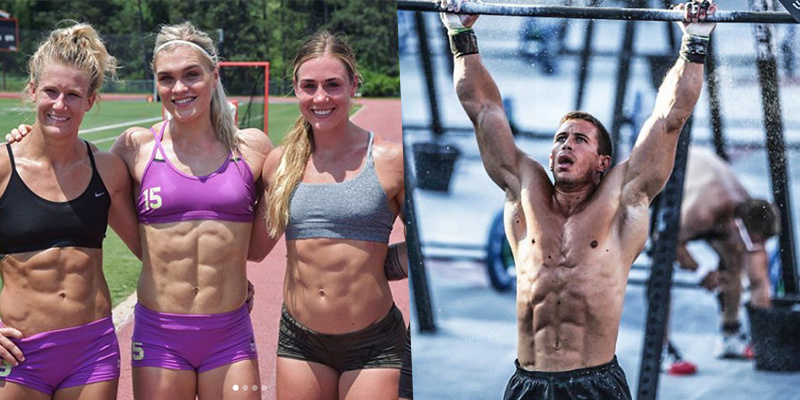 Look up “awesome abs” by Ian King. It’s a four part series that is progressive and super quick to do and easy to add at the beginning of any training program.

For aesthetic purposes, I can’t buy into the idea that direct ab work is necessary. There are just way too many examples of bodybuilders and other lifters who have great abs who don’t do it at all. I’ve never had to. I DO think that the very heavy lifting I do contributes positively to my ab development. Things like squats, deadlifts, heavy carries, all of that has to be doing good things for my abs. I think if you’re doing the sort of training I do, direct ab work is largely superfluous.

I should put more emphasis into direct ab training

I’ve recently been doing more bracing drills like deadbugs/birddogs while bracing as hard as I can, which makes my abs feel fried.

Sometimes, I’ll do some hanging leg raises after a session if my lower back feels tight. I should probably do more planks or ab rollout, which I used to do but not so much anymore.

When I used to fight Muay Thai, I loved training abs. My friends and I would hit each other in the stomach with med balls, kinda passing it back and forth. And we had another drill where we’d lay down, and let each other walk on each others abs.

But lately, once I get my compound lifts in, I don’t feel like doing much else.

But compound movements do just that, don’t they? I’ve never done a shrug in my life and my traps are decent. That should apply to abs? I can see the value in doing direct ab work when you play sports, especially some rotational/anti-rotational stuff (or whatever), but I don’t play sports and I’m happy with how they look. I also don’t “feel” any strength leaks when I do compounds. Does anyone feel the same, or am I missing something?

Visually mine are very good from compound and sometimes direct work (I don’t like to do it). But as I am doing crossfit 3x a week now I’m definitely aiming to make them stronger cause they would greatly improve my gym exercises (also today was deadlifts and power jerks, my abs took a beating)

Does anyone feel the same, or am I missing something?

I felt the same until I tried to do a 500lb squat and a 700lb yoke walk. At those moments, I realized compounds alone weren’t doing crap for my ab strength and I needed to train them directly.

I hate this thread.

I do about 100-200 ab wheel rollouts during my incline press training day, and between 200-300 decline sit-ups during my overhead press day. I’ll add in more during the week if I’m bored or as a part of a bodyweight conditioning circuit some afternoons.

Ab work is crucial for strength and direct ab work needs to be included imo. I’ll add in vacuums throughout the week as well when waiting on the bus.

Usually chuck them in with leg and chest day, but do the whole core along with them
Ab roll outs, bicycles, a couple of planks and fisherman thrusts 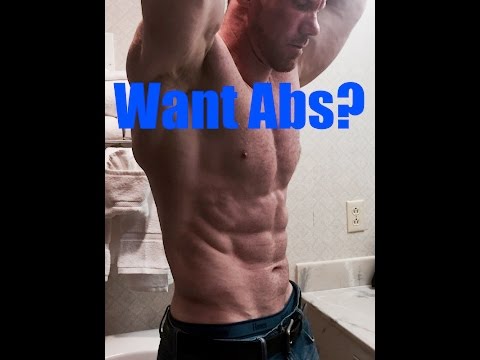 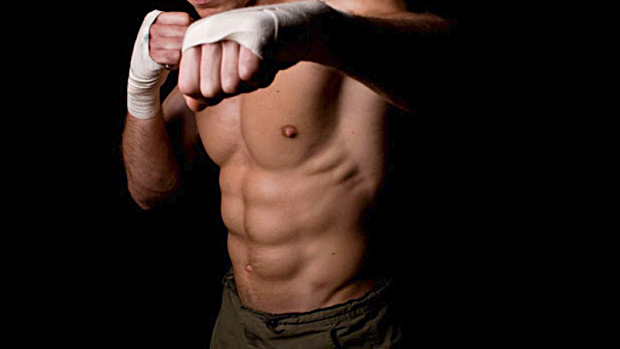 Iron Core: How to Build a Punch-Proof Body

Sculpt a core of steel the MMA way!

Beer… I have a very big and full ab.

There was a time where I had a decent midsection. I’d do a 2 round circuit, twice per week: V-situp, medicine ball crunch (with legs up), weighted bicycles, toe taps, alligator crawl, arm crawl, swiss ball crunch (with weight then without).

This was brutal but it definitely gave my middle depth and detail.

These days, I sometimes do a random ab movement at the end of a session if I can be bothered.

I DO think that the very heavy lifting I do contributes positively to my ab development.

Just wanted to touch on this, years of heavy lifting and striving to be an elite strongman will certainly lead to a good level of midsection development. That’s an example of a defined goal leading to a positive by product, but obviously if some one trained specifically for the by product they would achieve that much faster. I guess it’s like a elite marathon runner achieving a low body fat. If someone wanted to reach a low body fat I wouldn’t advise them to strive to achieve an elite marathon time, there are much easier and faster ways.

That’s why I believe if someone is concerned with having 6 pack abs and like most people want that asap, then specifically training to achieve that by doing direct ab work is essential. We see so many people on here who are pretty low body fat but lack muscle wanting to cut all the time in a desperate attempt to have a ripped midsection, if they built thicker and stronger ab muscles they would be visible at there current body fat.