Kyle Rittenhouse Trial and the Law of Self-Defense

I get that citizen’s arrests can sometimes be called for and that sometimes they can be in grave circumstances where lethal force might be reasonable.

It was a misdemeanor, so they had no arrest power. That’s what makes it unreasonable.

Let’s say he swiped a diamond ring at the construction site. Felony theft.

All other things being the same, do we have three innocent men?

As nealdog already said, Aubery did not pose an imminent threat of death or great bodily harm to any of these three men. They were not acting reasonably even if they were attempting a citizen’s arrest under some valid pretense.

The moment you arm yourself with a lethal weapon you assume the responsibility that goes along with it. The courts recognize this and place you under a higher standard of care, holding your conduct to higher standards.

These assholes created a deadly situation, killed a guy and now they are going to pay the price.

You might want to take another look at the video again if you haven’t seen it recently?

The citizens might be armed with deadly force, but for all they knew so was the perpetrator. The son had a shotgun, and if he was going to initiate offensive violence he didn’t need to close the distance, and in fact didn’t.He could have popped him from a distance and Arberry couldn’t have done shit, but that did not happen.
Arberry runs at him. The son can be seen backing away from Arberry , not firing. Its not until Arberry grapples with the gun which is then discharged 2 or 3 times, before Arberry is hit.

I can imagine how many complainers in the gen pop would even give a second thought, if Arberry had pulled out a handgun and wasted one of these guys. A fat zero would be my guess. Its only white on black violence that gets the wider community moist like a hungry pussy, when its whipped up by mainstream media.
Black on White violence is the real epidemic in America, and no one says shit about it(except Colin Flaherty) let alone recognises it as a problem, despite the statistics overwhelmingly showing its a very one sided problem, nearly all black on white. This doesn’t even include black on Asian violence.

How would they have knowledge that he stole a diamond ring? If they did, then I believe all three would be innocent men(and I say “innocent” instead of “not guilty” because I don’t believe the State would even have had PC to charge them).

Do either of you have any cases to refer to where citizens arrests have been conducted in such a way?

There is nothing reasonable about chasing a guy down with guns drawn. It is not reasonable to expect people to assume good will when being confronted by armed strangers. Even if they are being shady.

It is not reasonable to expect people to assume good will when being confronted by armed strangers.

That wouldn’t matter. If you’re in the wrong, then you can either fight(as Arbery did-but the McMichaels had no arrest power in that case) or hope they mean well; you don’t have the right to defend yourself.

Edit: I think you are arguing more that doing these things is not a good idea, and I agree.

Can You, or Should You, Make a Citizen’s Arrest? | USCCA

This question is about as close as you can come to the proverbial can of worms. Since I tend to err on the side of responsibility, I’m going to suggest you not attempt to make a citizen’s arrest. I suggest this for lots of reasons.

I think you are arguing more that doing these things is not a good idea, and I agree.

Yes. Regardless of what your jurisdiction’s statutes say, it really is not wise to put yourself in this situation. I have absolutely no interest in making a “citizen’s arrest” over the theft of someone’s tools or whatever.

Edit: I think you are arguing more that doing these things is not a good idea, and I agree.

I agree too, in theory, in this day and age. Its definitely safer, less litigious if you avoid like the plague, any sort of trouble if humanly possible.
There is a fine line between letting your community turn to shit by standing by and doing nothing, and reacting to a situation enfolding before your eyes, and getting involved. When it works out you become a hero, when it doesn’t everyone forgets about you very quickly.

There is a fine line between letting your community turn to shit by standing by and doing nothing, and reacting to a situation enfolding before your eyes, and getting involved.

There are lots of ways to be active on behalf of your community. Get involved in local politics. Make sure your elected leaders understand the importance of public safety, and hold their feet to the fire. Organize and campaign on behalf of candidates who make a commitment to public safety and show that they’re committed to it. Campaign against “no cash bail” laws that cut loose violent offenders to offend again (as happened in Waukesha). Lastly, speak up and be heard. When the Chardonnay-and-brie crowd start talking about “mass incarceration” and how racist and oppressive effective policing is, don’t be afraid to (politely and calmly) state the facts that undercut their positions.
These are just a few ideas. Maybe this is a topic for another thread, that is, what can non-LEOs do to work to make their communities safer and stay on the right side of the law?

There is a fine line between letting your community turn to shit by standing by and doing nothing, and reacting to a situation enfolding before your eyes, and getting involved. When it works out you become a hero, when it doesn’t everyone forgets about you very quickly.

You don’t have to do nothing… Get involved with politics, petition, start a neighbourhood watch initiative… Anything but individualistic vigilantism. To note I don’t think Rittenhouse was a hero, it appears the right thinks he’s a hero and the left think he’s a white supremacist (lol, a case with white people being the victims)… I think he was just kid who was in over his head and had a bit of a hard on for vigilantism, a gravy seal (god I love that term)

Could he have been a psychopath looking for a fight? Yes…

Could he have been a hero? Also yes

But I don’t think he was…

You don’t have to do nothing… Get involved with politics, petition, start a neighbourhood watch initiative… Anything but individualistic vigilantism.

Good suggestions. I was more focused on what people do when they personally observe something going on like a crime or assault, and they are in a position where they either act on instinct(fight or flight), or choose to act, or stay out of the situation, where that action may have played a pivital role in stopping crime in an area.

All I know is a society gets pretty shitty, when the responsibility of dealing with these problems is seen to be someone else’s or some authorities sole area of jurisdiction.

I find that many people that don’t do anything, are often the first to criticise someone who has the courage, prescience of mind to act decisively in a situation of danger.

Whatever state you live in, its your responsibility to know its self defense laws. However, the two major problems are the laws are about as clear as mud, and the average juror has no clue what they mean. This has nothing to do with Rittenhouse, but, it does with self defense.

Reading the tea leaves here, I suspect the next national self-defense trial will result from these violent mob crimes. A crow bar is a deadly weapon, period. I have been to many homicide scenes where someone has been beaten to death with a blunt instrument. Eventually, either a store owner or a citizen legally carrying is going shoot someone swinging a crowbar or hammer.

My advice is for you is avoid these retailers until after the holidays, however, it will not be long before retailers like Walmart will be targeted. Decide now, if you happened to caught in the middle of this brazen violent crime, what you are going to do to protect yourself and your family. The best strategy is find the exits immediately entering a store and run like hell if something occurs while shopping .You do not want to be media poster boy in the first shooting.

Authorities and witnesses say about 80 people, some wearing ski masks and wielding crowbars, swarmed a department store in the San Francisco Bay Area, stealing merchandise before fleeing in dozens of cars 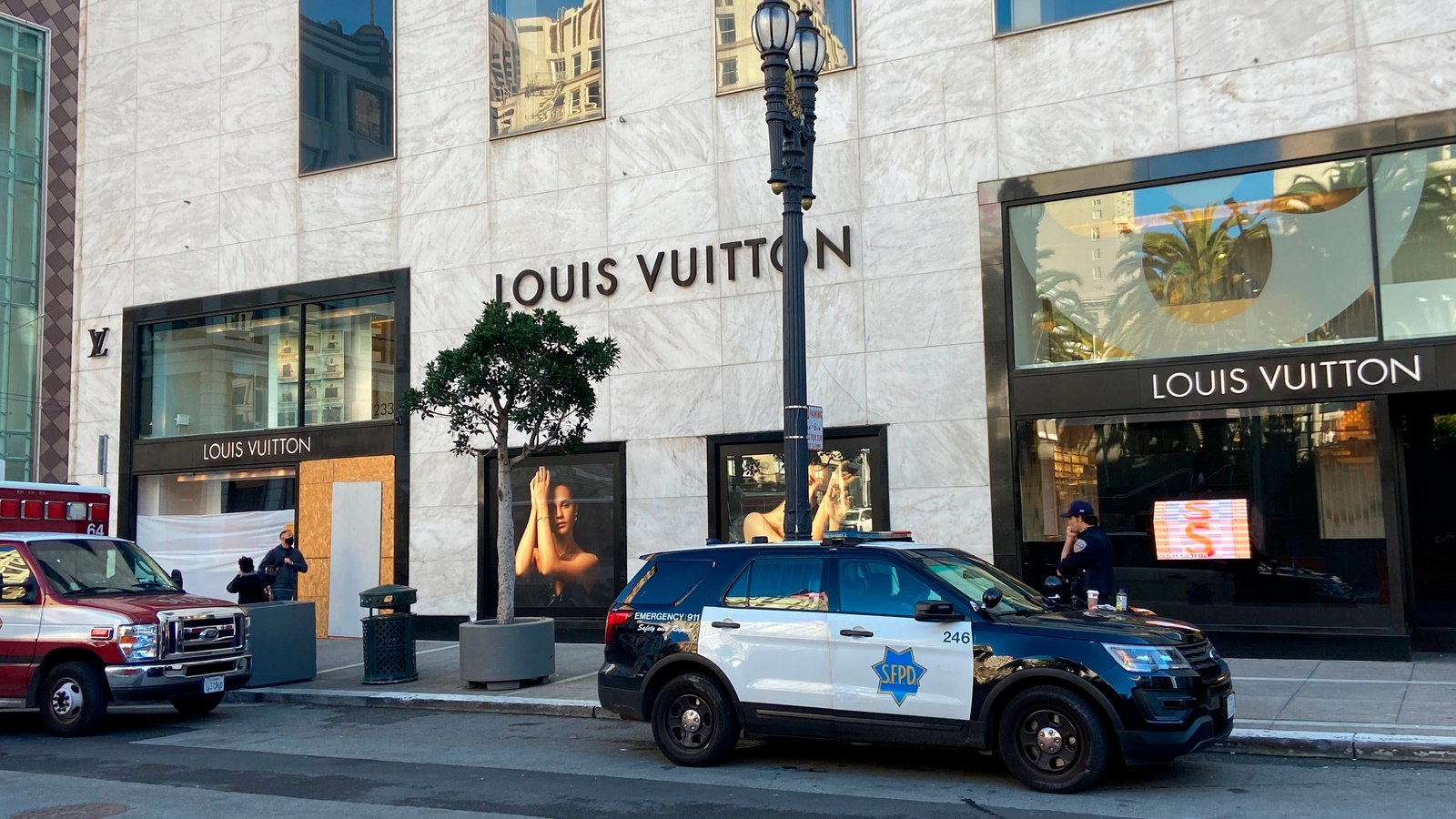 Cellphone video showed masked people streaming out of the store, carrying bags and boxes, jumping into waiting cars and fleeing the scene

Authorities in Los Angeles responded Wednesday to a robbery at a Nordstrom location in Canoga Park that resulted in the theft of expensive purses, reports said.

I’d say three other folks were in over their heads. Two are dead(one committed suicide-by-citizen, and the other was just a dipshit) and one had to admit in court that he brought the damage to his arm on himself.

I would agree with you

Newly released footage of Kyle Rittenhouse, showing more of the events that transpired in Kenosha, Wisconsin

Was this shown to the jury?
I wish everyone out there complaining about the verdict would watch this.

Was this shown to the jury?

I would assume so(edit: without the music, and maybe not together exactly that way). The scary thing is, the prosecutor saw all of that and charged the kid.

I would hope he’s talking to attorneys about a malicious prosecution suit. As well as making a complaint to the Wisconsin bar.

That’d be nice, but he may be better off just disappearing from the public eye. Hell, if Rosenbaum and/or the others had been dark-skinned, Rittenhouse would be in prison.