This just in. Kimo tested positive for Winstrol in his urinalysis and is out of the WFA. Wes Simms is rumored to be stepping up to fight Bas Rutten for the event this Saturday.

I read that a little while ago. I couldn’t believe it.

Bas said it best himself, "Every guy who uses steroids to fight is a fucking pussy,? said an exasperated Rutten. ?For him to do this shit after all the promotion he did, all the shit he talked about me ? taking me out in minutes and all that bullshit ? apparently that was the steroids talking, right??

You think after he got busted for Stanz the last time he would have learned a lesson to not get caught. I hope they get Bas a replacement. I’ve wanted to see him fight again since I started watching MMA.

Lets hope it really is Sims that steps up. I love watching that guy get the shit beat out of him.

[quote]Boondoggler wrote:
Lets hope it really is Sims that steps up. I love watching that guy get the shit beat out of him.[/quote]

Apparently Mark Coleman said it won’t be Simms, he’s already committed to a fight the week after.

This is the latest from Dave Melzter…

We’ve just received word that Bas Rutten’s opponent for Saturday’s WFA King of the Streets PPV is most likely not going to be Wes Sims, but this is changing by the minute.

Sims was a designated replacement in the event something happened regarding the Ricco Rodriguez vs. Ron Waterman rematch. Sims was asked if he’d replace Kimo, when Kimo’s drug test came back positive for steroids earlier today. Sims apparently agreed, then changed his mind because he had committed to doing a fight on a show for the family of Ryan Bennett. Then, very late in the evening, he appeared to change his mind again. By that point, WFA had made arrangements for another fighter to face Rutten, whose identity has not yet been revealed.

This other fighter agreed to do the show. The promotion is waiting for all medical tests to clear and the identity of this fighter should be known tomorrow morning. However, when we were told this very late tonight, it was apparently at the same time Sims was changing his mind once again. This should all be sorted out in the morning.

Damn that’s just dumb. Don’t really know much abuot juice but to get caught means Kimo didn’t either. I was looking forward to Bas beating the shit outta him too.

this guy “warpath” is the new kimo replacement. seeing rutten fight is more of a novelty.
i’ve got my ticket. i cant wait to go see the other matchups. 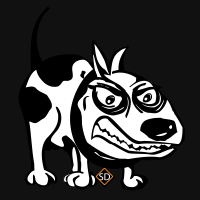 The industry pioneer in UFC, Bellator and all things MMA (aka Ultimate Fighting).