I’ve just started messing around with strongman lifts. I was wondering if there is a preferred method for keg carrying? I am pretty small (5’7"), so my arms don’t wrap all the way around the keg, if that matters. I’ve tried bear hugging it, which was tough to hold on to (especially when sweaty). I also tried one hand on the bottom and the other around the keg, which worked alright. I also hoisted it up on my shoulder.

I know that any way I carry a 150 pound keg, it’ll be a good workout - but do you guys recommend any way in particular, to help me become more proficient and to optimize the workout? Thanks.

you grab the bottom handle and on the opposite side the top of the lip say its staggered a little. Of course you can also shoulder it, bear hug it,load it, throw it etc for a variation.

If you’re just “messing around” then your form doesn’t matter much, carry it a bunch of different ways to develop different types of strength. If you’re planning on competing, how I carry depends on the weight of the keg (neutral for light kegs, staggered for anything over 240) 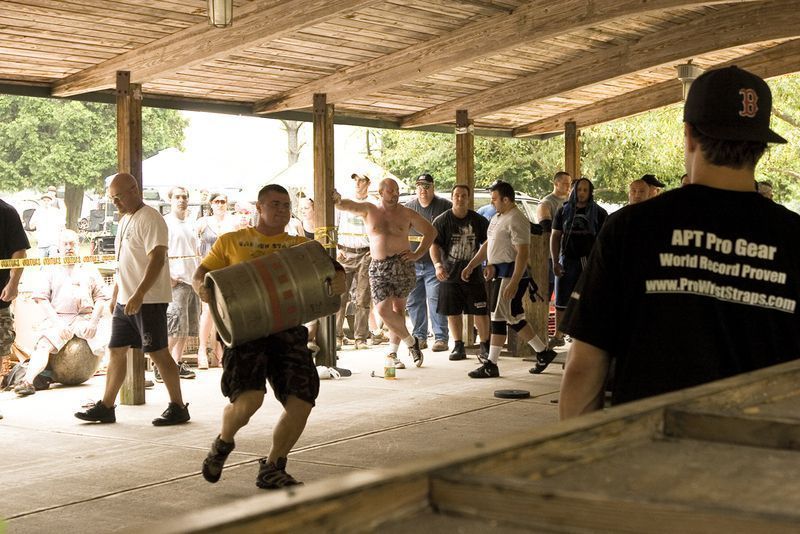 You want to lift/row the keg into your lap with a mixed grip (hand on top corner of keg and other hand on the opposite corner of the bottom of the keg), and then carry the keg close to your body and as high on your torso as possible to avoid restricting the movement of your legs.

I have attached a picture that demonstrates this. 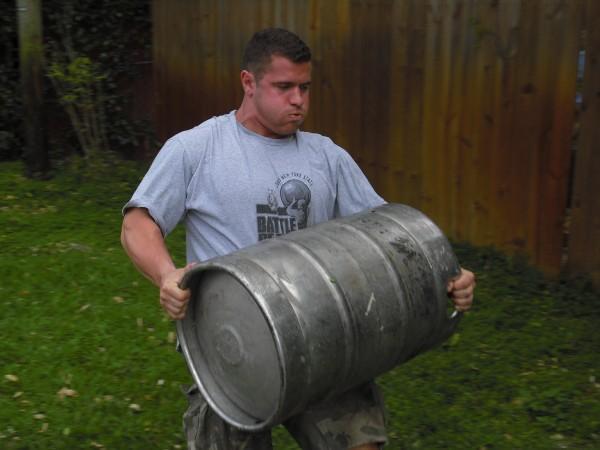 Here is another photo.

Thanks for the advices!