So yesterday was the Arnold Classic, and as the day went on, social media was on fire with predictions (and photos) supporting a possible win for Cedric McMillan.

When the finals came, Kai was announced the winner (Ced in 2nd), and Arnold himself at the microphone, stated that (paraphrasing here:) although Cedric had the better physique, Kai had pulled ahead and won with his posing routine. Obviously this added fuel on the already burning fan fire that had been going since prejudging.

Steve Weinberger (IFBB big wig) stated that Kai was already ahead after prejudging but that his posing routine - which is scored - cemented his win. Judges sheets were released online. Of course anyone who’s been a fan of the sport has probably seen the released judges’ sheet from the 1980 Olympia where Arnold had straight 1st place votes despite his physique being arguably not worth even a top 5 finish.

I’ve seen some people chalking this all up to “apples and oranges”, while others seem to think anything IFBB related must have some money or politically related “fix” involved.

Judging’s all over the place. I like to see that they’re marking people for posing routines though. It’s not always the case.

Disagree with you here Stu regarding your opinion of Arnold in 1980. To me, though he had flaws, they were no worse than any other competitor in that line up. Not even in the top 5? I humbly disagree.

I was disappointed in this years AC mostly because I thought the IFBB judging would take that leap and give the win to the classic physique of which McMillan has. Kai, though incredible (those arms…wow, he gained a lot on those), is not a classic physique at all and I am one who would not have given him the win.

I haven’t seen the photo’s yet so I won’t comment on their individual condition on the day. In the IFBB it seems that if you are lower on the totem pole with previous pro placings you are really at a disadvantage against someone who has a bigger track record, despite the condition they show up with on the day. 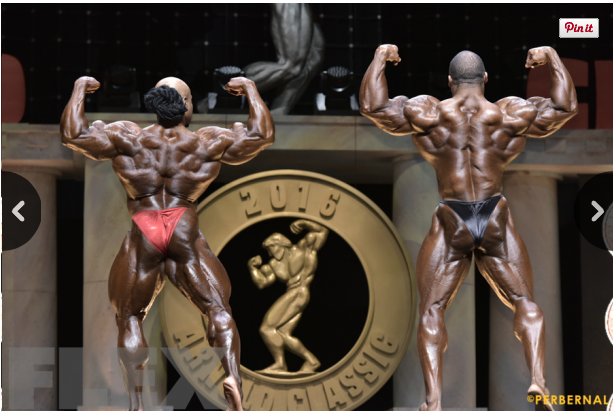 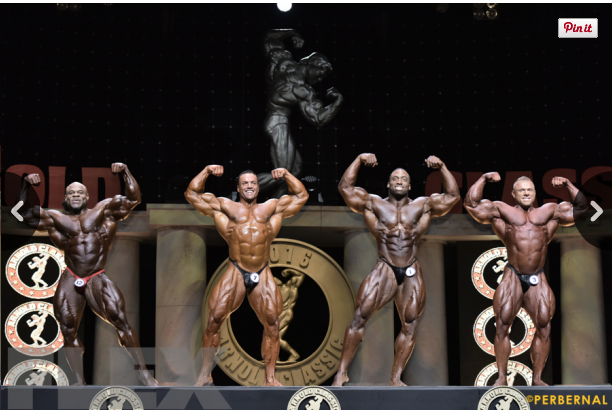 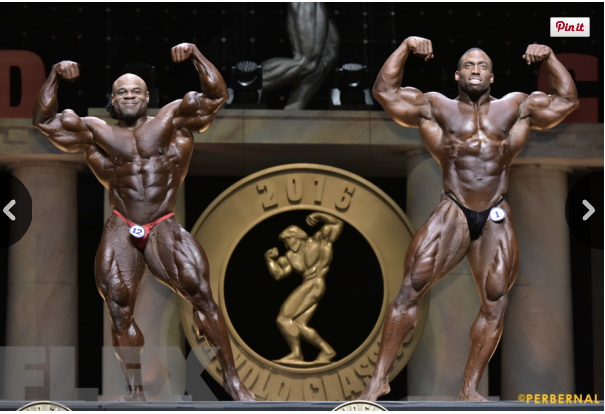 Kai’s conditioning does seem to about edge it.

Must’ve been kind of weird for Kai for Arnie to talk about how Cedric’s physique was better!

Yeah, I suppose some might consider it disrespectful of Arnold to put Kai on the spot like that,… “you didn’t have the best physique, but you won anyway”

This is quite possibly the best I’ve seen Cedric. He won the Levrone contest a week or two earlier I believe.

I think it was just a statement to “justify” bringing posing scoring back into the mix this year, like “See, We were right to bring that back because it ended up deciding the winner!! Thats how important it is! We did a good thing!”

As far as his comments go about who actually had more development, I think Kai had more muscle and was better conditioned… Maybe Ced is “prettier” but in terms of the actual numbers I think Kai is the winner here.

I think Kai had more muscle and was better conditioned… Maybe Ced is “prettier” but in terms of the actual numbers I think Kai is the winner here.

This is where it gets interesting. Cedric has the better shape, but Kai had more muscle and better conditioning. Which is the most important?

Kai is looking pretty good from the front and back and by the current IFBB standards is carrying maximum muscle mass on his frame, and is very well balanced in terms of proportion. Under the criteria that wins an Olympia these days he’s got it.
CMac is looking definitely looking more idealised, his legs are less developed than Kai but despite that he looks more “right” while Kai appears cartoonish in comparison.
Cedric has got that tiny waist(it would have been considered normal/good back in the early 1990’s). I guess he has great genetics and doesn’t hit the hgh as much as the other guys.
Can’t say I’m a fan of #3 Josh Lenartowicz’s physique, Kai looks like a Greek good in comparison to him.
He’s another example of what mega doses of juice hgh and slin will do plenty of size but too blocky.He looks like a Clydesdale racing against thoroughbred racehorses, I can’t understand why he places so highly.

The thing that I see a lot of fans commenting on, is Branch’s landing in 5th place. Some folks see it as a gift, and others, thinking he’s gonna be viewed as a top dog forever, see it as insulting.

I liked Aceto’s breakdown analysis where he pointed out that the usual bunch of “top guys” are obviously fading somewhat, and without a large influx of impressive new pros to fill the spots, this is what you’re going to see.

I may not be an authority on the subject, but a lot of people seem to be saying Cedric has the better “classic physique” (which i agree with), but isn’t that why they’ve added the new division? Kai had better conditioning, posing, and muscularity, which is what thy’re looking for. If Cedric were to win because he has the “prettier” physique, shouldn’t he get down to whatever the weight limit is for classic physique at his height? Cedric definitely is prettier, but maybe it would have been smarter to have planned for the first pro classic physique show coming up as opposed to this one.

Kai and Ced both looked incredible. It’s very interesting to see a top 2 finish like that, given the major differences in their physiques/lines. It’s so subjective when you’re comparing those 2 guys. It’s just a ‘what do you like more’ question.

Which brings me to what I think is the issue that’s worth addressing, Arnold’s commentary. It seems to me that Arnold is trying to steer bodybuilding in a particular direction through recent comments (also talking about the Branch Warren issue). He’s decided he wants his opinion known. So he’s telling us here that he wants Ced to be the future of bodybuilding, not Kai. I DO see it as disrespectful to Kai to describe the 2nd place finisher as, essentially, better than him. That’s fucked up. But I guess Arnold doesn’t mind hurting some feelings if he can get bodybuilding moved in the direction he’d like to see. So I get that too.

IDK though. I’m just a powerlifter. I don’t know what I’m talking about.

there’s a video I can’t link to where the head judge of the Arnold goes into a play by play as to why Kai won. It’s a really cool vid if you’re wondering just what the hell they were thinking

I don’t really know bodybuilding all that well but I’ve never been a fan of the direction the pro circuit has gone. I think Cedric flows better.

… he doesn’t actually compete as a natty does he?

The thing about the video analysis by Weinberger (head judge), is how he assesses the scoring of rounds.

Assuming Round 1 = morning, Round 2 = posing, and Round 3 = Evening (basically the order they occur in),… if you remove the 2nd Round scores (Posing Round?), then Cedric wins. Again, assuming the numbering of rounds is chronological, then the offered “explanation” of how Kai would have won anyway is complete bunk.

… he doesn’t actually compete as a natty does he? 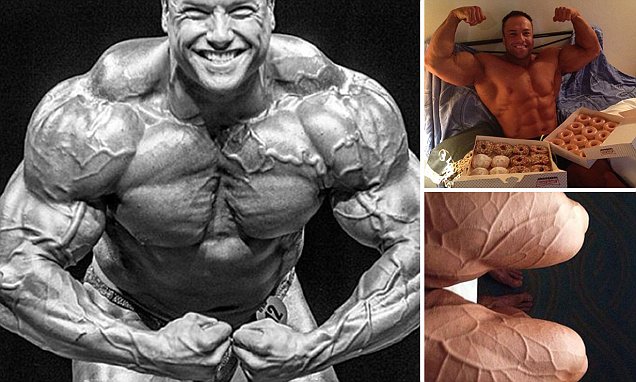 Melbourne bodybuilder Josh Lenartowicz works around-the-clock to maintain his hulk-like frame, but he has faced a deluge of accusations he relies on steroids for his hulk-like physique.

I actually have no problem with this. As far as I can tell, he’s not competing against natty’s. That’s the only thing that would concern me.

I’m honestly 100% ok with this, particularly for a guy in Australia. That country has stricter laws than our country does against steroid use/possession (from what I understand). I’m never against a guy lying to the public about illegal drug use. If he feels like he has to be outspoken against them to avoid legal scrutiny, so be it. I saw an interview on I think the Today show with Kai Greene where he essentially said he was natural a year or 2 ago. Even Ronnie still dances around the subject, although he’s slightly more open now than he was when he competed.