Just How Heavy Do We Need to Lift?

but not all adults can squat as easily.

Again, I didn’t say anything about it being easy. As we get older our shitty movement catches up with us. But injury and disease aside, everyone can squat. It’s not a “bad movement.” There’s really no such thing.

It wasn’t. Don’t squat if you don’t want to. But don’t act like because someone doesn’t want to squat they’re a victim of their bone structure. It reminds me of all the guys complaining about their long femurs a few years back.

…all toddlers can, but not all adults can squat as easily.

Take the time to learn how to squat that best form that suits your leg and torso ratio. It’s not like it is difficult. But it does take time and experimentation. Or you can just throw your hands up in the air and give up! 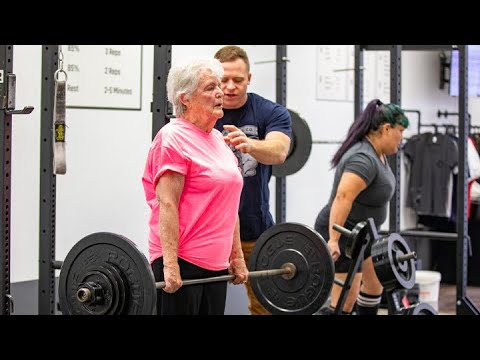 Squatting is a basic human function. For people to act like it’s bad for you is the most telling metric.

According to this belief, the entire last 200,000 years of modern human existence - our ancestors shit in toilets with modern day plumbing. HOW ELSE COULD THEY GET DOWN THERE?

Fucking idiotic, some people are.

Did they sh* t with 200lbs+ on their backs?
F*cking idiotic some people are…

Only if they only wanted to do 50 reps

Definitely not. Their bodies weren’t made for it, remember?

I’d be willing to bet they could squat 200+ before you could though.

That’s kind of the whole idea with weight training. Take a movement and load it to get stronger. I’m sure they didn’t stand in place and do curls either, but the elbow bends and you can load that movement.

Not if they were denizens of the HIT forums.

F*cking idiotic some people are…

I know. I can’t stand them either.

In my opinion…if you are aiming to deadlift 500lbs+ for a single or a handful of reps and you claim to be exercising for general health, then this is not a good match.
It’s just one example…I’m sure that there are many others.

To add a bit to what others have already said, some of us are just built for strength more than others. A 500 lb deadlift happened for me in my first few months of deadlifting casually, with my out-of-the-box strength being a 275 lb pull the first time I even tried deadlifting.

Now that I’m in my 40’s the posterior muscle tissue I laid down in my 30’s on my march to a 600 deadlift continues to be of practical benefit. Case-in-point. I slipped and fell on the ice stepping out of my coworker’s jacked-up truck last week. My feet went into the air a bit and my back landed square on his running boards. He freaked out at what he saw.

I stood up and brushed it off like nothing happened because my back was fine. I was fine. A nice bruise showed up, but no issues or lingering pain. Maybe that good outcome would have happened anyway, but maybe that’s because my back has more armor on it now than when I entered my 30’s with a weak back.

In conclusion, being strong is usually better than not being strong. Flirting with danger is part of the process, but a very manageable element in my opinion.

The guy presenting it is a surgeon, with medical qualifications that trump yours…so let’s not play that game.

Sure, I agree. I would argue that my training has provided me with the skills to critically appraise information related to injury, performance and musculoskeletal health. Your training it appears, has not

Sprinters? Massive injury rates. Your examples are not good ones at all.

Strawman. The argument was discussing the act of sprinting which was a part of a “natural” lifestyle, not the sport.

What good is a “stronger” back that is injured.

A stronger back is harder to injure. This is a chicken and the egg sort of thing.

Sorry but “toughening up” only works to a point after that you are flirting with danger.

Yes, I agree, which is why appropriate dosage of training is the key consideration when discussing injury.

please give me an example that happened to you where an outside force has negatively affected you during a set.

Youve missed the point: my personal biologic factors (muscle recruitment, fatigue, strength) are all affected by outside factors such as stress, relationships, sleep quality and many others. Therefore, seperating myself from my environment is impossible.

Also RE your rowing thing, I agree rowers have a high incidence of lower back pain, that has nothing to do with the fact that their spines are able to biologically adapt to the training load you place it under.

You sound like you’re too weak and afraid to help your family move furniture lest you blow your back out.

You sound like you’re too weak and afraid to help your family move furniture lest you blow your back out.

It’s not his fault - his body wasn’t built for that.

If external factors such as lack of sleep, stress etc are beyond your control, then change the variables that you can control…ie your training approach. I thought that’d be obvious. It ain’t rocket science.

Sprinting…as a “natural” activity…would our ancestors have “sprinted like Usain? Unlikely. Use your reasoning mind that you say you possess to think about it. Uneven ground, of varying degrees of firmness, sharp objects, that even “toughened” bare feet would have found to be painful to step on while running at speed. Running of yesteryear would have been different and far less frequent (sprinting only when running for their lives and there was no other option)… otherwise it was efficiency of effort and mitigating risks, something that our cavemen ancestors would have figured out, but it seems that some of us can’t…or don’t want to…which is fair enough. I’m not trying to tell anyone how to live…

Just because I have reached a different conclusion than you…apparently I am “unable” to appraise information. How so? Scientists disagree all the time. Are they unable to grasp concepts, despite being on opposite sides of an issue?
Congratulations on sinking to the level of condescension.

And I still don’t understand your rational. What would be the point of having spinal bone density far above the norm…if the training that led you to achieve it, also gave you a herniated disc which left you in agony?
To use Ronnie Coleman again, I’m sure that his squatting and deadlifting left him with far superior bone density in his spine, but I won’t be trading his current back for mine thanks. I’d rather be a few points lower on the ol’ density / strength aspect (but still strong enough for everyday living) than risk the possibility of an injury that puts me out of the game for good.
I am really scratching my head at your thought process…

Here’s the thing…
If you were built with awesome squatting leverages like Platz, then you could have probably squatted all the way down with 200lbs to have squeezed one out.
However for the rest of us…not built that way…yes we could have squatted down that far, but with a spinal curvature only accommodating the weight of our upper bodies and heads, something it was designed to do…and not a loaded squat bar.
There is a difference…

change the variables that you can control…ie your training approach

I do… my training approach is just different to yours

I am really scratching my head at your thought process…

My thought process is to prepare for the worst, but hope for the best. This is like the idea of hormesis, where exposing your body to small amounts of poison will result in increased immunity. Yours is avoid anything that challenges the organism.

Uneven ground, of varying degrees of firmness, sharp objects, that even “toughened” bare feet would have found to be painful to step on while running at speed.

FWIW, uneven surfaces encourage simultaneous contraction of the lower limb muscles on ground contact. The ability to produce such cocontractions is associated with higher ground reaction forces, better sprint speeds and fewer injuries. My point still stands - stressing the body at high forces is normal and occurs outside the weightroom as well.

Congratulations on sinking to the level of condescension.

You were the first to rely on ad hominem my friend:

Who said that doing Cr*ssfit was an insult? I never. The zombie apocalypse thing is practically part of their marketing.
For those that like to do it…more power to them…it’s their goal…not mine.
You, however clearly hold it in low regard if you considered it an insult…

Uneven surfaces would have NOT promoted all out running unless your life truly depended on it. One twisted ankle and you wouldn’t have been eating and would have been out of the game.
Sorry…no studies reporting that…just common sense.

Yeah…about that small doses of poison thing. You don’t know if you’ve overdone it until…ooops…too late…

Gonna end it here, but it’s all valid points. Yes, you can build muscle with lighter weights, but the juice simply isn’t worth the squeeze (unless you’re squeezing at >65% 1RM).

Things can get more nuanced based on training history, different exercises, and even the program as a whole. Training history is relevant due to the biomechanical law of adaptation. If someone has always trained in the 8-12 rep range, switching to 25 reps might produce the best gains they’ve had in years, this will also be true if they were to switch to lower reps though. When it comes to RIR, keeping a couple of reps would often be a great way to train squats, but for OHP it may sometimes be better going closer to failure. Maybe not if you have a strong OHP.
Rear delt flies? The fatigue/ability to recover may not need to be a worry at all. Sets, overall volume, work capacity, and a dozen other things can alter this massively. Most importantly, the individual.

Lighter weights can build muscle but as C.Thib has spoken about before too, the ability to go that deep into a set without other factors setting in (as well as the ability to recover from the volume) makes 6-12 reps a more “optimal” (I use this term very loosely) place to be in for strength and size.

As @mnben87 mentioned: getting stronger allows you to use higher weights in your “hypertrophy” sets. This is why you see so many coaches mention things like strength standards. To stop young lifters worrying about all this currently for them minor stuff, trying to run before they can walk.

Top bodybuilders are also experts at making lighter weights feel heavier too but that is a conversation I don’t want to get involved in, but makes a great final point to emphasize how much depth and distinction can be made when talking about this stuff.