It's All About Chaos

No nation can escape the consequences of its decisions. This country has just witnessed another in a string of mass shootings. They have occurred in elementary schools, shopping malls and the premier opening of the last of three Christopher Nolan Batman movies.

The Dark Knight Rises Batman movie was about one thing, mad twisted people planning dark consequences for it’s city’s and society’s decisions. Whether right or wrong society’s decisions are judged by some to BE WRONG and it is the twisted minds that decree a punishment. That punishment unfurls chaos at many levels.

We can not let the twisted, schizophrenic, cracked minds be used by politicians and legislatures to determine our way of life. Before the bodies of innocent families are laid to rest this week, evil political language is being poured out in a way to make lies sound truthful. I see DEMOCRAT after DEMOCRAT once again aided by a STATE supported media that is widespread calling for THE end of one constitutional right that keeps them from becoming our dictators.

“Every war when it comes, or before it comes, is represented not as a war but as an act of self-defense against a homicidal maniac.” - George Orwell

Today evil takes many lives in these bizarre mass murders because those we elect do not seek to protect us but to protect their own power. They can stop these murders from happening by switching money that goes towards entitlements to protecting us. Competent people that would protect us are on the sidelines and have not been given an opportunity. We just decide we would rather take the easy route, vote ourselves entitlements kick the problems down the road and so the evils will not end.

Eventually the weak minded without thinking clearly will give up all rights to these dictators because our way of life will have become so upside down that they do not know what is good or evil nor what is a right decision or a wrong decision. Then is the day of chaos. No nation can escape the consequences of its decisions.

Gun control again is on every BANNER because GUNS got up off the shelf and out of closets and walked to an elementary school and looked into the faces of the young and pulled it’s own trigger.

Ban guns. More gun control could do something to have lessened the hurt, saved one or two more. You can think that but I would propose another angle.

Nowhere have I watched or heard on STATE run media the FACT that mentally ill, heavily medicated twisted and derailed minds need CONTROL. They walk among us daily and partake of everything that the rest of us touch. Guns are within touch.

Let’s start a list on the forum of how making illegal and banning works in America.

1.) Let’s make DRUGS illegal. Anyone seen the drug arrests lowering in their counties? Are the DRUG CONTROL laws saving our young inner city kids? How about out in the country side? What needs to change? Let’s begin a WAR on DRUGS. MORE DRUG LAWS?

2.) Let’s make it illegal to cross our AMERICAN borders. WE NEED TO BAN ILLEGAL IMMIGRATION. The correct answer here is let’s legislate more illegal immigration laws to stop millions from getting into America and with their illegal drugs. MORE LAWS PASSED will cure this.

3.) Let’s end all anabolic steroid use, which I’m not in favor of, but for the sake of this forum list we will use it as an example. Ban and make illegal all anabolic steroids without a script. Limit prescription dose to 100mg of depot or cypionate weekly for hormone replacement only. THIS WAY NO ONE CAN USE MORE. That was such a smart ban. How is it working out?

This can go on and on so please leave a decent or clever example.

The bottom line is that rather than government budgets going to so many wasted uses, don’t re-elect the ones furthering us in to a financial collapse. (example According to the Heritage Foundation, the U.S. military spent $998,798 shipping two 19-cent washers from South Carolina to Texas and $293,451 sending an 89-cent washer from South Carolina to FloridaÃ¢??. Also The federal government spends 25 billion dollars a year maintaining federal buildings that are either unused or totally vacant.

IT IS MY PERSONAL BELIEF that many elected officials have collapse of our way of life as their end goal. They want an end to the United States and a beginning of United Nations Rule. That would be a reason for so many totally unexplainable things that take place in America today. I believe it is responsible for the horrible chaos. The other is in the realm of our nation’s lack of spiritual responsibility and I’ll save that for another day. 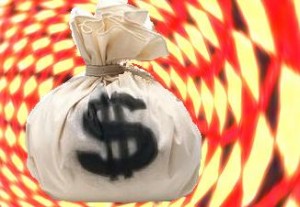 30 Stupid Things The Government Is Spending Money On

Im really shocked that you quote a well known socialist, but really though orwell was a smart guy.

We already have a gun control thread:

[quote]H factor wrote:
We already have a gun control thread:

You are correct. I apologize.

[quote]H factor wrote:
We already have a gun control thread:

You are correct. I apologize. [/quote]

No big deal I just didn’t know if you had seen it. Some good stuff in there.

I said it first. It’s the chaos they want unleashed on America. They want the country to financially fail and then they want brother to rise up against brother.