Issues with Plates and Bars 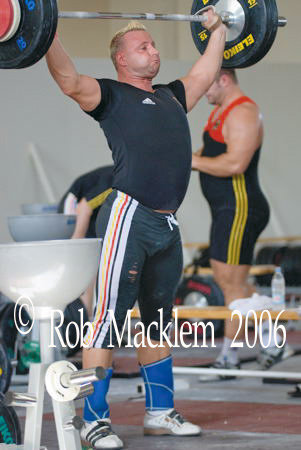 Okay so I’ve loved oly lifting and old school powerlifting since I started lifting almost two years ago at age 15.
I’ve spent the past few weeks training with my bar and have read for months about the controversy in regards to all this stuff about people acting like bars and bumpers are made out of glass or something. I only own iron plates so I had an idea. just don’t drop the bar. if I only dropped the bar by accident that would really save my bar if I never jarred it unless it was by accident.

for example just re rack the bar on my shoulders after doing clean and jerk and the same with the bar after the snatch like in the image I put along with this post. forgive me if this sounds dumb but I have been spooked by all this crap about my bar breaking on impact if I were to drop it with Iron plates on.

You did correct. A cheap bar with iron plates will break if dropped repeatedly. If you’re unlucky it might also pierce your skull. At some point not being able to drop the bar will become a hindrance, so it might be worth looking for clubs in your area where you can drop to your heart’s content. Lowering your jerks back down is a good skill to learn though.

but yes I know it will someday. but for now that’s not the case. and I thought that learning to do that would be a good skill also.

There are no clubs near me. the nearest ones are 100 mile drives and being 16,no license or parents who are insane enough to let me go two to three hours away from home there’s little to no chance of me going to a club anytime soon.

Do what you can mate.

Another tip. Get some of the playground soft rubber matting thing. You can put that either side and drop the bar if you need to on to it. It’ll take some of the force and save your bar.

Actually you didn’t. You said you only had iron plates, hence the response was in respect of iron plates, but if you want to be a dick go ahead. FWIW bumpers are not indestructible either.

sorry I thought I’d mentioned that. my apologies.

“people acting like bars and bumpers are made out of glass or something” here’s part of my original post. thus I’m not a dick.

the last thing I want is to fight with someone on the interent. both of us look like idiots in the end.