So we knew, at least tacitly, Isis was committing this type of genocide.

Is anybody convinced that our current strategy is working?

We need Churchill, we have Chamberlain. Peace at any cost is not working, the cost is too high. While we sit on our hands, thousands are dying. But hey, we’re not offending anybody. So fuck all those dead people, they are not worth our time.
I wonder how high the body count has to get before we give a shit? 50,000? 1,000,000, 10,000,000? What’s the magic number?

We all know what should happen, with respect to our “allies”, but it’s not happening. So what do we do, nothing? Let people die by the thousands?

We know there is a genocide going on, a mass genocide. We know we can stop it. What does that say about us, that we are willing to watch a genocide and do nothing? All this is happening right under our bombs and drones. It’s not working.

If it’s not an immediate threat to America or if the ally doesn’t ask publicly for help, America should stay out of it and focus on itself. Let the muslims kill themselves off. Let them die until there’s a public out cry begging for America and it’s allies to get more involved. I would like to say that if an attack happened on American soil, we would drastically increase our military presence but with such a liberal government who knows.

We claim to care by importing a mass of refugees from there. This is so much BS, if we cared we would kill off ISIS by supporting the Kurds, so these people can live in their homes.

But refugees make for cheap labor in Europe and in the USA they can be used to alter voting patterns someday, as well as them being pretty cheap. We would hate to pay native Americans

Let the muslims kill themselves off.

There is fighting between muslims, true. But the slaughter, the genocide is of non muslims.

That’s just sad… This isn’t war, this is genocide.

It’s life. People live, people die. I know I’m not going to shed a tear for victims of a genocide on the other half of the planet.

There’s not a point in U.S. history where isolationism has served us well. I understand the sentiment, but it’s not reality. We cannot simply tolerate the whole sale slaughter or thousands to millions of people in any part of the world.
Further, ISIS is our problem and has been. The fact that they are committing mass genocide on top of everything else, right under our noses increases the urgency to deal with them decisively.

Unfortunately, Trump having a taco salad is of more concern to people than genocide. That’s a problem of collective stupidity, which is the most dangerous thing of all.

There’s not a point in U.S. history where isolationism has served us well.

Because we never fully practiced it.

We don’t want to practice it. The world will always have a leader or more squared off for top dog rights, it is much better for us that we are the top dog than someone else, and that means being involved. Not necessarily hawkish mind you, but being involved.

There’s not a point in U.S. history where isolationism has served us well. I understand the sentiment, but it’s not reality. We cannot simply tolerate the whole sale slaughter or thousands to millions of people in any part of the world. Further, ISIS is our problem and has been.

True. This part is true. Our failed foreign policies (of both parties) have allowed this to happen. We should act like a responsible grown adult and try to fix our failings, or at least take full responsibility.

It’s life. People live, people die. I know I’m not going to shed a tear for victims of a genocide on the other half of the planet.

I can understand if you have a difference of opinion on intervening in civil wars abroad, but when people are being crucified and systematically murdered, you can’t “shed a tear?” Maybe a discussion with a Holocaust survivor would help you realize what genocide entails.

You’re a fool. American isolationism contributed to the two bloodiest conflicts in human history in the first and second world wars. Isolationism is even more untenable in an international system now characterized by a global, interdependent economy, the advent of nuclear weapons, a revanchist Russia and a rising China, and the bloody forth wave of religious terrorism we are currently experiencing. An engaged United States is the keystone of world order.

There is fighting between muslims, true. But the slaughter, the genocide is of non muslims.

Don’t tell those who ISIL views as “apostates” that. 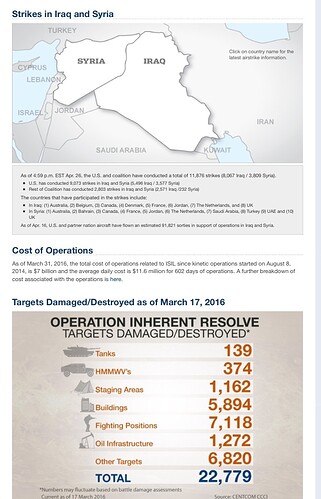 The Churchill-Chamberlain analogy is off base. There is no American appeasement of ISIL, no Munich agreement aimed at avoiding great power war. Last I checked, the United States was a war in Iraq and Syria. The foreign policies of the United States should be guided by both interests and values. As callous as it sounds, genocide doesn’t always tick both boxes. Relative American tolerance of genocide isn’t a new phenomenon. See Samantha Power’s “A Problem from Hell”: America and the Age of Genocide. How do you feel about the concept of responsibility to protect writ large, Pat?

The problem is, we are not ‘at war’ because no declaration of war has been made. We are conducting an ‘opperation’.
If we are at all serious about taking this problem out we need an official declaration of war. Technically we are in Syria illegally. The only way to fix that is with an official invite from Assad, or a declaration of war. That also frees up all the resources we need for decisive victory. We can also then invoke NATO article 5 which would not only force our allies to help, but provide safe zones for refugees so that they do not have to flee their own country.

Genocide was previously suspected, but now we have proof. And that fact should increase our urgency in the matter. I think everybody agrees the local powers should take care of it, but they won’t. The only way they will engage is if we send ISIS to their borders.

Writ Large? Who is he? Is he a body builder? or a WWE wrestler? If he’s a citizen, I think we should protect him, so long as he doesn’t do something stupid like set foot in N. Korea.

The Churchill-Chamberlain analogy is off base. There is no American appeasement of ISIL, no Munich agreement aimed at avoiding great power war.

True, there was no great power appeasement (except a pathological desire not to “provoke” Russia) - nevertheless, I would call this appeasement with direct ramifications for the Middle East in general:

"In fact, there were repeated showdowns, especially over the Saudis, between the staff and the commission’s hard-charging executive director, University of Virginia historian Philip Zelikow, who joined the Bush administration as a senior adviser to the secretary of state, Condoleezza Rice, after leaving the commission. The staff included experienced investigators from the FBI, the Department of Justice and the CIA, as well as the congressional staffer who was the principal author of the 28 pages.

Zelikow fired a staffer, who had repeatedly protested over limitations on the Saudi investigation, after she obtained a copy of the 28 pages outside of official channels. Other staffers described an angry scene late one night, near the end of the investigation, when two investigators who focused on the Saudi allegations were forced to rush back to the commission’s offices after midnight after learning to their astonishment that some of the most compelling evidence about a Saudi tie to 9/11 was being edited out of the report or was being pushed to tiny, barely readable footnotes and endnotes. The staff protests were mostly overruled. 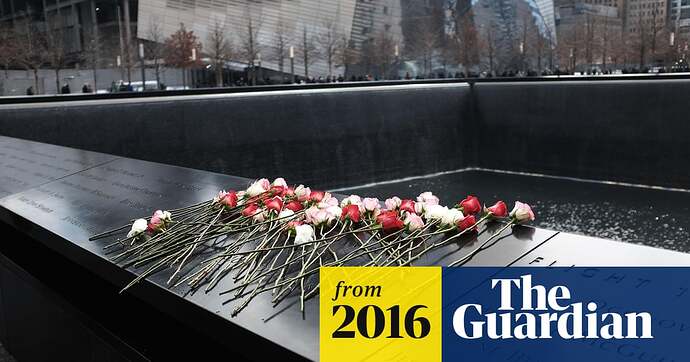