“Gunmen and suicide bombers attacked Iran’s parliament and the shrine of its revolutionary leader on Wednesday, killing at least 12 people, wounding dozens and igniting an hours-long siege at the legislature that ended with four attackers dead”.

The Islamic State of Iraq and Syria (ISIS) group claimed the attacks; marking the first time the Sunni extremists have taken responsibility for an assault in Shiite-majority Iran. The militants are at war with Iranian-backed forces in Syria and Iraq, and view Shiites as apostates".

ISIS thinks they have a legit Caliphate but are going to get fucking obliterated, on all fronts, in a matter of months if they keep this pace of attacks up.

That’s the Saudi offensive - ISIS struck in Iran immediately after the all-out economic and diplomatic Saudi/UAE assault on Qatar.

I guess they believe they’ve got a green light from The Donald. Truly scary.

ISIS thinks they have a legit Caliphate but are going to get fucking obliterated, on all fronts, in a matter of months if they keep this pace of attacks up.

Nope. Remember, it’s not ISIS it’s Saudi Arabia. They believe they’ve sufficiently charmed/bribed/cajoled the Trump administration into supporting them even further and now they’re sharply escalating the ME situation.

In case anyone has been wondering, both Saudi Arabia and Qatar finance ISIS and radical Sunni Islam in general.

Now the Saudis, like the mobsters of old, are sacrificing a lesser pawn (Qatar), blaming the allegedly staunch US ally of financing terror groups ( to curry favor with the West, which would enable them to move more aggressively against “apostates” in Iran.

This new Saudi story is as follows: “It’s not us financing ISIS, it’s been Qatar all along” and someone swallowed it, hook, line and sinker.

It’s Qatar v Saudi Arabia. But the west can’t afford to pick a side | Peter...

If Saudi Arabia, Iran and Turkey all go to war… doesn’t the rest of the world win?

They may not be the source, but they’ll be the fall guy that gets obliterated.

If Saudi Arabia, Iran and Turkey all go to war… doesn’t the rest of the world win?

Saudi Arabia and Iran are already in a state of undeclared war through proxies in Syria, Iraq and Yemen.

Iranians would wipe the floor with the Saudis - despite billions of latest US hardware regular Saudi army cannot handle a bunch of literally barefoot goat shepherds that are the Houthis in Yemen.

There was even a Shiite rebellion in Saudi Arabia (SA has a Shiite minority they’re trying to pretty much exterminate) which routed the regular Saudi Army so they had to resort to massive air strikes to quell a domestic revolt. Pretty much left out of the mainstream news.

Iranians are itching to kill off all Salafis in SA but they cannot do it due to Western backing for the Saudi regime.

There are fascinating back-and-forth feuds on Twitter in which the Saudis threaten Iranians with ISIS and Iranians threaten back they’ll raze the entire Saudi Arabia to the ground expect Mecca and Medina.

That’s why Saudis rely on US protection - in Iran, especially in Revolutionary Guards propaganda discourses the US armed forces are often referred as “Saudi infantry” to illustrate, in their opinion, US subservience to Saudi interests.

Therefore, the Saudis don’t want to fight anyone directly, they’d rather do it through their proxies like AQ, ISIS and JaT or by paying 100 billions dollars for someone else to do their bidding. Khm, khm.

Turkey has got a fine army but at the moment they’re not looking of starting a war with Iran. They want to finish off the Kurds first.

So why pick a side at all? We are fast approaching energy independence. Let them slaughter each other.

I find it odd the S.A. army stinks. Don’t they drive diamond encrusted Mercedes? They should be able to fund a competent army.

So why pick a side at all? We are fast approaching energy independence. Let them slaughter each other.

It’s not about oil, it’s about radical Islam funded by Saudi Arabia, UAE and Qatar. You can’t isolate yourself from this toxic ideology, not with a travel ban or similar measures. If it continues being lavishly funded, it will find adherents, and not necessarily born Muslims. Converts can also be particularly dangerous as they want to prove their “loyalty”

One of the most notorious ISIS butchers who blew himself up in a suicide attack was an Irishman originally named Kelly, the same thing happened in Canada where one of the attackers was a Catholic raised Quebecois.

Also, compared to Saudi Arabia or Qatar for that matter (outside of the polished bubble), Iranian society in general is much saner.

I find it odd the S.A. army stinks. Don’t they drive diamond encrusted Mercedes? They should be able to fund a competent army.

Yes. They spend inordinate amounts of money on US hardware (third biggest military spender in the world!) and their army is the laughing stock of the Middle East, due to cowardly personnel. In Yemen, barefoot Houthis with old Soviet era RPGs were able to destory Saudi French-made tanks because the Saudis didn’t want to venture outside where there was no AC.

Riyadh has spent tens of billions on new weapons. But its intervention in neighbouring Yemen has not gone smoothly.

I’m guessing they suck because of the diamond encrusted Mercedes, gold plated F16s, air conditioned tents, etc. They avoid open conflicts and hide behind the U.S. when the snit hits the fan (Desert Shield/Storm).

Now the Saudis, like the mobsters of old, are sacrificing a lesser pawn (Qatar), blaming the allegedly staunch US ally of financing terror groups ( to curry favor with the West, which would enable them to move more aggressively against “apostates” in Iran.

It doesn’t seem to be as black and white as the Saudi’s sacrificing a lesser pawn in Qatar, Qatar appears to have some substantial deviations from the Wahhabi/Salafi Ideology propagated by SA. For one they seem to commingle with multiple different Iranian supported groups such as Hamas and are therefore guilty by association with the Shia’s. I’ve also heard some rumblings about Qatar being much more tolerant of the Sufi approach and thus perverting the Salafi world view.

If you look back at it I don’t see a better way to address the Salafi/Saudi threat. Since we can’t be openly hostile to S.A. our only option is to rely on proxies to fight them. First option is to clear the path for Iran, second is to divide the Sunni nations. Considering we now have Turkey stepping in to support Qatar, the Trump admin may very well have stumbled in the right direction. 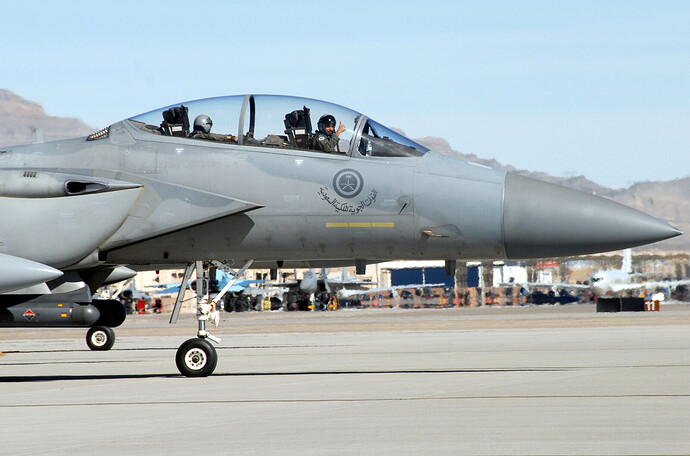 Is Washington Backing the Wrong Side in the Iranian-Saudi Regional Feud?

From both a strategic and moral standpoint, Washington should not be backing Saudi Arabia against Iran.

btw, is there any proof the head of ISIS has been killed? Saw a report which said so, but there were rumors in the past about this which proved to be untrue.