Heavy metal music and popular American children’s songs are being used by US interrogators to break the will of their captives in Iraq.

Uncooperative prisoners are being exposed for prolonged periods to tracks by rock group Metallica and music from children’s TV programmes Sesame Street and Barney in the hope of making them talk.

The US’s Psychological Operations team said the aim was to break a prisoner’s resistance through sleep deprivation and playing music that was culturally offensive to them.

However, human rights organization, Amnesty International, said such tactics may constitute torture - and coalition forces could be in breach of the Geneva Convention.

“They can’t take it. If you play it for 24 hours, your brain and body functions start to slide, your train of thought slows down and your will is broken. That’s when we come in and talk to them.”

The theme tune from the US children’s programme Sesame Street and songs from the purple singing dinosaur Barney are also on their hit list.

“In training, they forced me to listen to the Barney “I Love You” song for 45 minutes. I never want to go through that again,” one US operative told the magazine.

Rick Hoffman, vice president of the Psy Ops Veterans Association, told BBC Radio 4’s Today programme that such a tactic would have no long-lasting effect on prisoners.

“The use of this kind of audio-technique is rather new in interrogation,” he said.

“There have been other kinds of non-lethal, non-harmful techniques, such as sleep deprivation… which leave no long-lasting effects but do have the end result of breaking down the individual’s will to resist questioning.”

Amnesty International told BBC News Online that at least one Iraqi captive - a civilian, later released - had reported being kept awake for up to four days by loud music.

“This is an issue that seriously concerns us. If there is a prolonged period of sleep deprivation, it could well be considered torture,” said a spokeswoman

They should have played Barry Manalow 24 hours a day.That would have me climbing the walls.I use the same method when I take people to jail.If they are white then I play a rap station.If they’re black I tune into a country station…pure torture 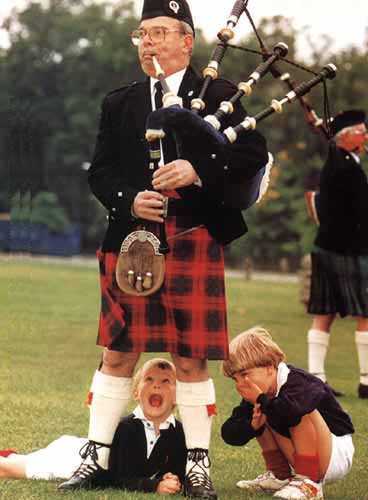 Bit of trivia for you all.
One of Martin Seligman’s colleagues Hiroto (1974?) used Bill Cosby audio as a form of torture in a psychology study on “learned helplessness”
Sorry Bill but I see why they chose you LOL, Kidding
If you ever get the opportunity to read “Learned Optimism” by Martin E.P.Seligman its well worth it. This is not a sales plug, I just think its a great book that changes the way you view and explain events.
http://www.positivepsychology.org/books.htm

Hey Johnny, are you a Marshall? heh heh heh.

I think thats a great idea!!! It does prove that some music SUCKS and its not all as subjective as some think.

I agree Ptr…for me…it would be close between Stone Temple Pilots and that Kurt Kobaine (sp?) guy who took the celestial dirt nap!

That is fucking funny!

So Enter Sandman sucks? Hmm… on a chart of songs sucking, how close to the top would it be?

Yeah it doesn’t have much to do with subjectivity, because the music is being played for days straight and preventing sleep. However the music they chose is culturally offensive, it’s not because it sucks, with the exception of Barney. heh.

Well, just ONE rendition of the Barney theme song is enough to put me over the edge. Thank God my daughter hasn’t started singing it. And as for listening to bagpipes, I’m all for it – love the sound of good pipes.

I agree with Amnesty International.

If I see the same commercial more than once per commercial break, I want to smash the TV.

Or when the radio stations were overplaying that, “Pretty Fly for a White Guy,” Ohhh… If I ever find out who’s responsible for that one…

I remember Slayers rendition of the Barney song, titled “I hate you”

Oddly enough, I used to throw in some old Metallica to take an afternoon nap. I don’t understand either, I suppose I had a lot of pent up aggression that ebbed away listening to aggressive music.

I always wondered who are the geniuses that overplay every fuckin top song on the radio.

WHO hires these guys? Christ, once every couple hours is just fine thank you. There is no need to every time you turn on your radio in your car to have the same song playing every five minutes in several stations at the same time. Absolutely unnecessary.

Hmmm. Maybe they’re trying to break our will down so when the advertizing comes we’ll want to buy their products lol.

I CANNOT stand listening ‘this is how you remind me’ not once more. Im OVERFED with that song thank you very much FM radio.

When I want to torture myself, I play nancy pelosi speeches. She will play the usual democratic game of pitting one group against the other for political advantage. What is especially funny is the fact that she constantly rails against “the rich.” She was just shown to be one of the richest in the United States Congress. I love hypocrisy!!! Go democrats. Here’s to hillary in 2004!

And WHO decided that “Cat’s in the Cradle” is such a good song to represent Father’s Day? I haven’t heard that song in at least a couple years, but Father’s Day weekend I must have heard it 9 times. Ever really LISTEN to that song? It’s a total lament of the mistakes of the father coming full-circle. A bummer, really. 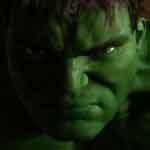 And what about fucking pop ups!!!
We have this radio station that plays the same poofy songs same time every day. In the context of my gym time it is driving me fucking insane!!!

About that new kids on the block song. Or Johnny Cash’s “Burning Ring of Fire”. I love Johnny, but it would rive them bonkers. Or Dan Fogelberg’s “Wildfire” Muskrat Love; there are so many.