Intro, Question About Getting Bigger in Marine Corps

Hey everyone, I am a 18 year old Marine Corps mechanic originally from IL. I PT with the unit 4 times a week ( hike, running) and lift train in the gym 6-7 days a week. I competed in my first powerlifting competition a few weeks ago, 370 dl 350 squat 240 bench. I eat at the chow hall, so getting a good amount of food is hard, but I supplement with whey casin and lots of pp and j’s and oats. I am currently in the top 25% biggest guys in my gym, but that’s not saying much at all. Just looking to get bigger, but keep a sub 19 min 3 mile and 20 pull ups for the military. I am going to Japan for a couple years in April and plan on increasing the training there, and eventually trying for a special operations package for the Marine Corps in 4-6 years. Any tips on how to continue getting bigger on a limited schedule and chow hall? Thanks alot

The answer might not be what you expect but just keep going. You’re only 18 so the chances are you’re at the beginning of your lifting career. Getting big is just about aesthetics and will not add a lot your Powerlifting numbers and perhaps hinder your 3 mile time & pull ups. Being big in combat (special operations package?) is a bad idea as well.

Instead focus on performance. Try to get stronger at the basic lifts while keeping the time & pull up reps in check. When you have more tangible goals (Double BW deadlift, 25 pull ups etc), they’re easier to keep track and you WILL get bigger/stronger when you get there, like Jim Wendler says. Check out PL programs like Starting strength/ Texas method, WS4SB, 5/3/1 or Pavel Tsatsouline stuff. The secret is to actually stick to them. Do it and in 4-6 years time, you’ll be more stronger, bigger, capable and jacked than you could ever imagined.

For food, learn the basic about nutrition so you can know yourself what to eat. (No one here knows what they serve at the halls daily, so self education is your best bet). You can consider taking the basic supplements like Protein powders, fish oil, vitamin D and greens powders

Also if i was to give advice to my 18 year old lifting self, it would be to try new sports. Pick up wrestling, BJJ, martial arts, rugby whatever… Gaining a new skill is much more valuable as a whole in the long run than putting on a few more pounds to your bench, in my mere opinion.

So you’re on a one good journey bro, Good Luck!

Don’t know outlaws background, but as a retired military guy (and former NSW), I’ll weigh in since I have direct experience in this area.

Being forced to PT with the unit sucks, or at least I always hated it. But then I’ve never been one who had to be forced to PT (I’ve always enjoyed it) so there you go. Being big in spec ops isn’t necessarily a detriment, as long as you can still move, shoot and communicate. Every unit needs that one guy who can haul some weight and just keep going (in my opinion every unit should be stacked with them). If you want to get bigger, easy answer is eat more and train smart. But don’t try to pack on weight too quickly, or your PT numbers will suffer. Set small goals, such as add 5-10 pounds by XX date. Then maintain that weight for minimum 6 months before doing it again. As has been repeated ad nauseum on this site, this is a marathon not a sprint. Gaining weight and making it your new normal takes time. It’s not real hard to gain 20 pounds in a few months of proper training and eating, it is harder to keep that weight on for any period of time.

I will also say, don’t turn this into an obsession. Eat clean and healthy (absolutely), but grabbing some beers with your bros occasionally is not a bad thing. I wouldn’t recommend doing it every night, but you get the idea. Just saying, have a life outside the gym as well. Enjoy yourself.

What are we calling “big”? There’s a difference between 200 and 250. There’s also an amount of weight you need to have on you to do well at a lot of tasks outside of your PT test.
I agree with having goals, and not losing sight of what you need (work) vs what you want (bench). They don’t have to be mutually exclusive though.
Also, keep in mind - getting stronger on some core lifts will probably benefit you at work. If you’re already running at the level you need to, just make sure you maintain. Doing some curls and side raises to make your arms and shoulders look better may satisfy your desire to get bigger, and is not going to really affect the goals you need to focus on.
So prioritize:

Training 6+ days a week is not ideal or necessary for maximum progress especially if doing PT/hikes 4 times a week, so def take a complete day off here and there.

Any of these templates will get you bull strong, give one a try… 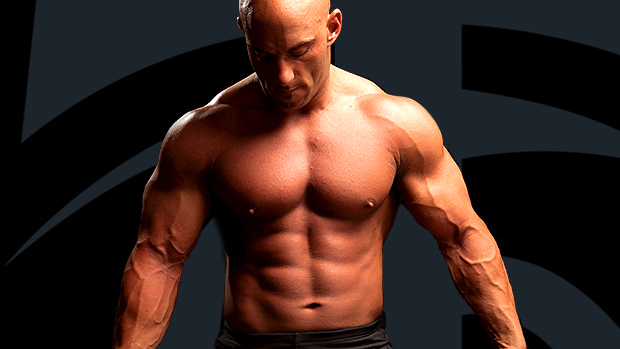 The look of power cannot be faked. Here's how to build a body that has the "go" to back up the "show".

Where in Japan? I hope not Kuni…

Actually, if it is Iwakuni I might have a little advice to offer.

Thanks for all the replies and answers everyone, makes sense. And it’s Camp Kisner in Okinawa, apparently has a pretty good gym…

Rampent badger, only reason I am always training is that other than the weight room, there’s not much else that I can do that’s free and won’t get me in trouble haha

I was never at Camp Kisner, but I did spend about 2 months on Kadena Air Force Base and I think it’s all one base. The gym there is pretty nice.

I went UDP to Iwakuni twice so I was there about 14 months in total. We use to joke, you’ll either become a gym rat, a drunk, or you’ll find Jesus while in Japan. It’s the truth too in my experience.

A couple of pieces of advice from a former Sgt regarding your time overseas. You’re going to have a lot of time to yourself over there and it’s the best time you’ll ever have to make progress in the gym, bar none. Take advantage of that time. Don’t spend every Friday night out in town (There’s the main strip everyone goes to, I forget what it’s called. Gate 2 street maybe). Enjoy yourself a few times, but not every week. You will see a lot of Devil Dogs waste all of their time and money on beer and strippers. It’s a total waste. Keep your head down, PT your ass off, get your MCI’s done, and progress in rank. Don’t be stupid while you’re there like a lot of Marines.

For the love of God, don’t buy a car while you’re there. If you’re going to buy a car take advantage of the deferral program. I can’t remember what it’s called, but basically, you will pay a certain amount per paycheck while you’re there and you’ll get a new car when you get back to the states. Just check the px for details.

Speaking of money, this is a great opportunity to save it. I would suggest creating a savings account that isn’t easily accessible (I used INGdirect now Capital360 while I was there) and splitting your direct deposit so a portion goes to that account. Then forget about it. Learn to live off the rest. You’ll thank me when you get back to the states or not, it’s your money.

If you can, find a Mongolian BBQ place preferably on base. We had one in Kuni where you’d load a bowl with all of the meat you wanted, weighed it, and paid a few bucks per pound. Then you added as much rice as would fit for free. It’s a very cheap way to eat a ton of delicious food. I usually got 4 meals or so for about $15 and it was very good.

Don’t waste your money on stupid shit. Instead, see as much of the island as you can.You can drink case after case of Bud Light when you get back to the states, but you’ll probably never go back to Japan in your life.

Go UDP if you can. Cobra Gold is going on right now, I believe, in Thailand. Cope Tiger, which I was a part of in 2006, is another opportunity to see Thailand. I would highly recommend going to Thailand if you can. It’s cheap, the people are extremely nice, and it’s really something else. They serve some of the best fish you’ll ever have.

Pattaya Beach Thailand (which you may or may not be able to visit during Cope Tiger, I lucked out) is like Adult Disney World. You’ll see some shit there…

There are usually opportunities to go to Australia and South Korea as well. It’s basically free travel, take advantage of it if you can.

Lastly, don’t forget you represent the Unites States Marine Corps while you are there.

Sgt, thanks for the reply. Sorry I am a month lase in replying.