Intro and Thanks for T-Nation 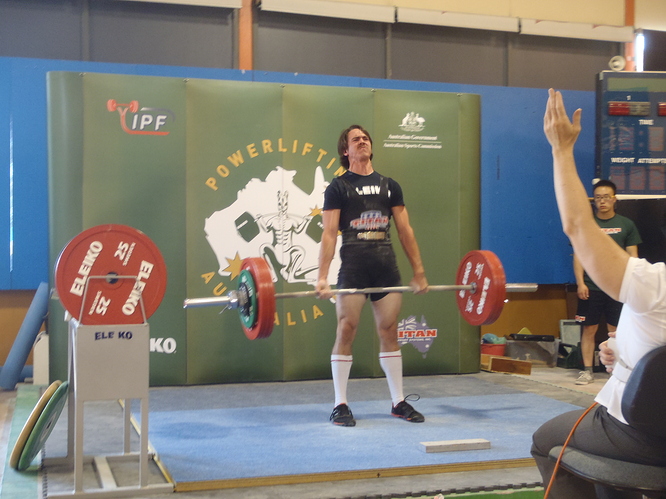 I’ve been lurking here for quite a while and have decided to start getting more involved.

I teach massage therapy for a living and treat on the side. In one of the courses I was teaching I had a student named Lapeka Nanai, who is a world ranked, blind, powerlifter.

In the last year I went from learning to lift to pulling (Comp Nov 2012):

Lifts I am proud of, but working to beat.

I felt like an introduction would be a good way to start getting involved with the community here on T-Nation.

Really though, I just wanted to say thanks to all the people who contribute to this site, and make it such a great place to share information.

An almost-3x bodyweight deadlift is legit. Nice work so far. Sounds like you’ve got a pretty good background with martial arts too. Did you ever compete or teach? The crew that hangs around the Combat forum here has a few competitors.

Just wondering though, any reason you totally dropped martial arts for powerlifting after training for so long? Was it just to focus 100% on the PL?

I competed in a couple tournaments for BJJ and I taught Adult Beginner’s MMA and Kids BJJ for a little while.

I just dropped the MA because I really wanted to focus on the PL and because I couldn’t find a club near me that made me want to spend the money to stick with them. Also, I got tired of getting hit in the face and getting big mat-burns on my neck that I had to explain to people

I have competed a few times in BJJ tournaments, winning one and pulling 3rd (nationally) in another. I also taught adult beginners MMA and Childrens BJJ for a little bit.

There are a few reasons:

Beside powerlifting is hella fun! So, that’s what I’m focusing on.