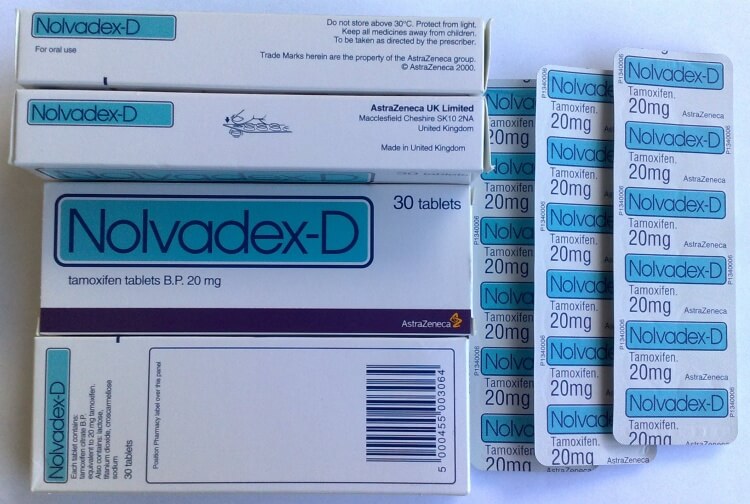 Should Nolvadex be Avoided at All Cost?

Nolvadex is the trade name of a drug containing a molecule called Tamoxifen. Its primary use by male bodybuilders is to prevent gynecomastia (the growth

[i]Nolvadex is the trade name of a drug containing a molecule called Tamoxifen. Its primary use by male bodybuilders is to prevent gynecomastia (the growth of the breast tissue). It was introduced by steroid guru Dan Duchaine 25 years ago. After a quarter of century, it is time for an update about its use. What I am going to demonstrate is it is high time to eliminate Nolvadex from the bodybuilder’s drug stacks.

A Little Bit of History

Back in the late 70’s, more and more bodybuilders developed strange lumps around their mammary glands. At first, no one really took notice but more and more competitors grew a gynecomastia. In 1981, the M Olympia had a pretty serious gyno. This was shortly after the introduction of this new drug by Dan Duchaine. At the time, it was a pretty good idea as no one else could came up with a solution in order to prevent this growing problem. Nolvadex was popularized by Dan’s first Underground Steroid Handbook. Dan even states that “this drug has a lot of potential but hasn’t been used enough yet to find it”. After more than 25 years of intensive usage, it is my opinion that it is time to forget about Nolvadex. Why? First, because newer and more effective drugs have been developed. Second, because it seems obvious that Nolvadex impairs muscle growth.

After so many years of usage, it seems pretty clear that if Tamoxifen helps prevent the growth of the nipples, it also weakens the anabolic properties of steroids in a majority of bodybuilders. We are frequently said that this weakening effect is due to the anti-estrogenic action of Nolvadex. According to the fantasy, muscles require both testosterone and estrogens to grow at an optimal rate.

This belief is derived from the results of studies showing that without estrogens, testosterone alone possesses minimal anabolic properties. By increasing the density of androgen receptors, estrogens render the muscles much more sensitive to testosterone (1). This has been demonstrated in a very specific muscle called the levator ani. But this muscle does not reflect what happens in the muscles bodybuilders are interested in (2). Estrogens have even been shown to reduce muscle fiber size (3-4). I think this effect of estrogens is closer to what we experience on bodybuilders.

Another popular explanation of the weakening action of Nolvadex is provided by studies which have shown that it reduced the plasma level of IGF-1. I do not think this is a primary explanation.

What Nolvadex Truly Is

Most lifters assume Nolvadex is a pure estrogen antagonist (which would mean it prevents estrogens from acting on their receptors). As far as bodybuilding is concerned, this assumption is very wrong as Nolvadex is both an estrogen receptor agonist and an antagonist. It all depends upon the tissues. Along with the nipples, on which Nolvadex acts mainly as an antagonist, we are also interested by its behaviour on skeletal muscles, on the liver and on the fat cells.

Nolvadex has been shown to behave as estrogens in skeletal muscles (5). This is a very good thing for every athletes except bodybuilders. You see, estrogens protect muscle cells from the training-induced damages (5-6). It means that one can train more without damaging his muscles. Recovery will also be much faster. But for bodybuilders, the training-induced damages are a key ingredient to trigger growth. Nolvadex will therefore reduce the muscle building effects of resistance training.

As for the impact of Tamoxifen on IGF-1, it simply demonstrates another estrogen-like action of Nolvadex. By rendering the liver less sensitive to growth hormone (probably by reducing the liver density of GH receptors), estrogens and tamoxifen diminish the production of IGF-1. This action of estrogens explains why women produce less IGF-1 than men even though the have a higher GH level.

Within 24 to 48 hours, Nolvadex is able to greatly increase muscular definition. As a result, bodybuilders assume Nolvadex will help them reduce their bodyfat level. But this rapid cutting action of Nolvadex is due to an anti-estrogenic action on water retention. Estrogens will make you hold water. Nolvadex will produce the opposite effect. But it says nothing about the impact of Tamoxifen on bodyfat. Depending upon your own production of estrogens and your estrogen receptor density on adipocytes, Nolvadex can act as an antagonist (which would help you lose fat) or an agonist. In that case, Nolvadex will make you fatter especially in the lower body area.

Conclusion: if the introduction of Nolvadex 25 years ago was a brilliant idea, times have changed. Very effective anti-aromatase drugs (such as Letrozole or Anastrazole) have been introduced. They will fight gynecomastia, help prevent the anti-anabolic actions of estrogens, fight fat and water retention. They will also boost natural testosterone production far more effectively than Nolvadex. So, it is up to you to decide whether you wish impair your rate of progression with an outdated drug or move on to the 21st century.[/i]

My bad if it’s a repost.

nice one. I hope we all knew most of that… but an interesting read nonetheless…

Thanks for the article mentioning Anastrazole and Letrozole for gynecomastia) Hey just started getting the gynecomastia problem,(I did not really see it at first)but both doc and derm confirmed it. It was not a worry till I could actually see it myself the other day at the gym.

Long story short early 40’s never been on steriods in great shape with low body fat but its happening anyway. I have a very conservative doc who would probably want to wait till its so bad I need surgery, so I wanted to go into the appointment armed with lots of info on the subject. If I am unable to get a scrip from the doc I know this is a stretch but is there a online place to buy one of these that you can trust? Or is this totally not legal?

I know I can order some things from Canada but not sure about this stuff…afraid of scams. If nothing else I have the names of two meds that will help. My doc knows very little about steriods.