I recently joined the Instant Pot madness after years of scoffing, though honestly I was drawn purely by the idea of making it easier to ingest large quantities of chicken breast without waiting for it to defrost.

That being said - anyone have any recommendations on Instant Pot recipes (or where I can find recipes) that would actually be healthy and have somewhat tasty flavor? I am not a crockpot person so this is entirely new territory for me.

Side note: Holy cow this thing is enormous. It looks like a darn space ship.

*If this is the wrong forum or wrong type of topic to bring up for this venue, please let me know as I wasn’t quite certain but didn’t know where else to post it.

Put the chuck roast in the instant pot on a trivet, half submerge in beef stock, pour in the onion soup mix.

Pressure cook for 30 min or just hit the “chili” button.

You now have pot roast. If you want, cut up celery and carrots and throw them in for veggies. Potatoes too, if you’re a carb user. Mushrooms and radishes are yummy too.

Not really a recipe, but a handy way make rice:

Pressure cook setting: 3 minutes
Allow it to naturally release for 15 minutes, then pop to top. 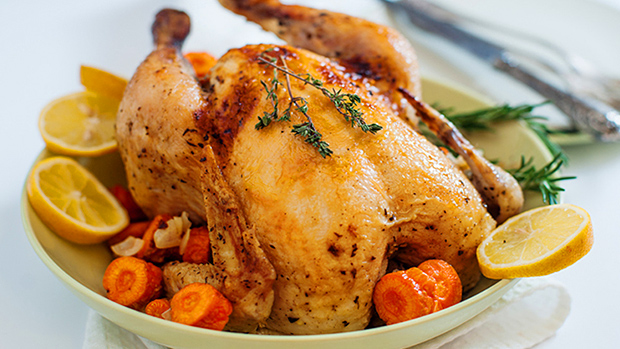 Here's how to eat a lot healthier, a lot tastier, in a lot less time.

Thank you! I was searching the forum, should have been searching the articles too. We have a rice cooker that we use almost daily, so hoping that the Instant Pot ends up being a similarly useful tool

But, dedicated steamers all have nonstick coatings, and they start to come off. A lot of experts say that stuff is toxic or at least terrible for you in other ways. The IP is stainless steel and doesn’t stick too badly. A light coating of coconut oil helps with rice.

I like the topic! Anyone have a way to make chicken not taste like watery nothing in the instant pot?

Its a good subject. We really like food around here.

Since diet is at least half of this hobby I thought it’d be cool to see what everyone is eating. Maybe get some new ideas from people who are better at this than me. Luckily my wife is an awesome cook. So I’ll get this started. Chicken thighs wrapped in nitrate free bacon spiced with smoked paprika, onion powder, cinnamon, smoked salt and pepper. Sweet potatoes with butter for good measure. [image] [image]

I’m not up on the instapot, so I could definitely learn a thing or two here.

Anyone have a way to make chicken not taste like watery nothing in the instant pot?

Not sure if it translates across the different methods, but for most things chicken, I’ve been using aldis organic bone broth (low sodium) for a good while in crock pot & for gravy & reductions. And it has 9 or 10 grams of bonus protein/serving!

Its a good subject. We really like food around here.

My kind of crowd!

Well, my husband is currently running it through its “test start-up cycle.” I admit I’m slightly intimidated by the pressure cooker aspect and the vague fear of exploding the kitchen, but figure once we get used to using it hopefully that will fade.

I’m looking up recipes now (and remembering why I hate doing that, since almost every one wants to tell you their life story before they show the actual recipe - or the article says “high protein meals” and they’ve got 22g in them . . .), and we will likely test some out this week. I’ll report back on the results! Would love to hear if anyone here has any you enjoy.

I love tasty food but am also willing to be more utilitarian during the week if it meets my goals, but my husband is much more of a, “I’m eating to enjoy this, if I don’t enjoy it I won’t eat it,” which is fair. Need to find some recipes that work out all around.

I love tasty food but am also willing to be more utilitarian during the week if it meets my goals, but my husband is much more of a, “I’m eating to enjoy this, if I don’t enjoy it I won’t eat it,” which is fair. Need to find some recipes that work out all around.

I’ve steadily drifted from “You have to eat, but it doesn’t have to be good” right into “If you have to eat you might as well enjoy it!” as I’ve gotten older.

Probably has a ton to do with metabolic demands, because even a boot tastes pretty good if I’m hungry enough.

Edit: The lady next door when I was a kid Did blow up a whole batch of beets she was jarring by some misadventure, and it did look at least as bad as you’d imagine, but I’m pretty sure she was tipping a few in the process.

Tried a salsa chicken recipe and substituted a jar of store-bought salsa for a recipe someone gave me that I’ve been obsessed with - like, I would drink this salsa (and it’s now my go-to to bring to social gatherings since I am not a cook).

The chicken breast cooked about average - not super juicy, not super dry. I’m sure I could mess with the settings to figure out how to get closer to the mark, but since I expect that most Instant Pot recipes will use some kind of sauce, my theory is that hopefully there’s more room for error if the chicken is a tad dry.

Overall, pleased with the result! Here’s the link to the recipe if anyone wants it; you may want to add carbs (rice etc) if that sort of thing floats your boat. I added raw diced tomatoes, onion, and bell pepper on top after cooking.

ETA: The brownies are my husband’s, not mine. I don’t even like brownies unless they’re butterscotch maybe (chips or popcorn are more my jam). 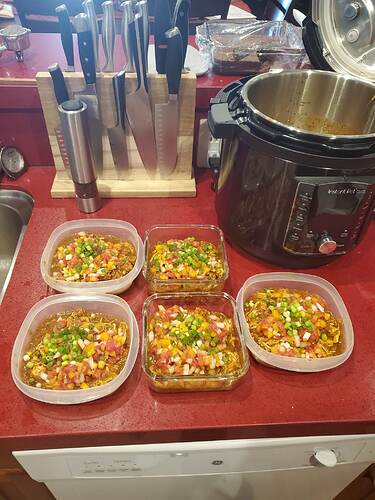 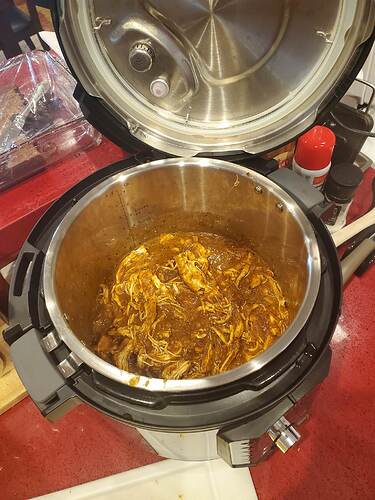 Why not share some of your favorite chicken, beef and cheese recipes my dude?

I leave that all to my wife, who I consider a 3 star Michelin chef. I can barely make a fucking pop tart, lol.

Ah, ask her! Would be awesome for you to contribute and improve our community

The insta pot is the friendly version of the good old presto.

For a quick easy meal, throw in some chicken bone less, rice and a can of condense cream of mushroom (or other cream), some frozen vegies, a bit of water, season to taste and you got a full meal in one pot.