I'll Be the First: Squat, Snatch, and Bench Critiques

Hoho, I think I’ll be the first. In another topic, a fellow forum member suggested that I put videos on my lifts. I put 3 of them.

I know it’s not good to throw the barbell around my neck after SQ, as I obviously did. I also know that I’m not explosive in the second video. This was another reason to do it this way and it was my first or second time doing this exercise.

I am an absolute beginner here.

On the BP, I think I have nothing more to do. This is the most comfortable for me and I feel comfortable. 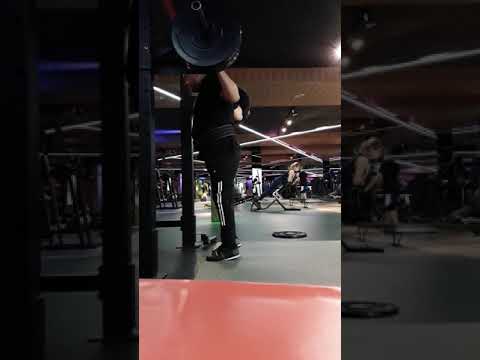 On the BP, I think I have nothing more to do.

I’m not enough of a technique guy to critique these but this line of thinking isn’t going to get you very far.

Also, your gym has some wild music lol

I meant that I found the best shape for myself, from which I would not have pain in the Shoulders, Back, Elbows and at the same time to be able to lift more pounds. I am not a strength athlete, for example, to apply a wider grip, to shorten the distance / amplitude, to make an arc in the Back, just for the sole purpose of being able to lift more pounds. Of course, someone can make remarks that they can do even better.
In my gyms, only such music is usually played. Now I’m back in my old gym and there you can hear 100% only Rap.

Lower your j hooks when you squat. I don’t like you coming on your toes to unrack the bar. A good starting spot for the bar in the hooks would be around the middle of your sternum or slightly higher.

That is how I follow this recommendation. In this case, the weight was not large and I was too lazy to adjust, as the height must be adjusted manually. For this reason, I finally threw the bar higher on my neck so I could leave it

In the current gym legs problem does not exist.

@Christian_Thibaudeau is a fantastic snatch coach. I sent him a message to check out your vid.

Regarding the snatch. And keep in mind that I’m doing this to be helpful. I will be harsh because I do not believe in sugar-coating things to make people feel better. It only make it harder to improve.

So do not be offended, I have no bad intentions.

That having been said, the snatch form is pretty horrible. I honestly feel that you need to scale back down to an easier, segmented, version of the power snatch and then work your way back up to the snatch as you get better technically.

There is essentially pretty much nothing done correctly in the lift, except that your acceleration past the knees is less bad than the rest.

The biggest issues are

Look at what a pull from the floor should look like in a snatch. Obviously, this is a sweeping deadlift, but these are the mechanics you should be using from floor to knees. Focus on how the knees move out of the way and get the shins parallel to the floor. Look at the hip and shoulders position in the start. 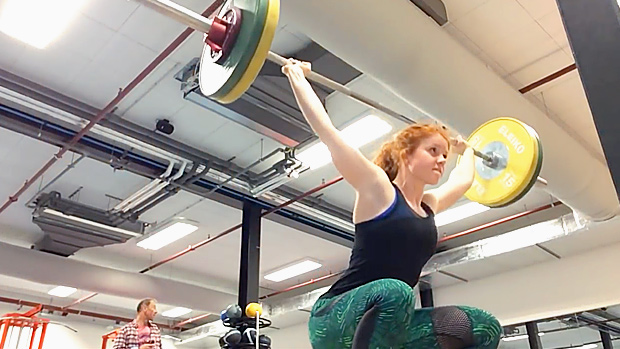 Overhead squats will improve your regular back squat technique and patterning.

NOTE: you will likely have to do a lot of shoulders, thoracic spine and hip flexor mobility to be able to eventually be able to do overhead squats.

These two lifts must be automatic, mastered, comfortable and done with proper positions before even thinking about doing the snatch itself. 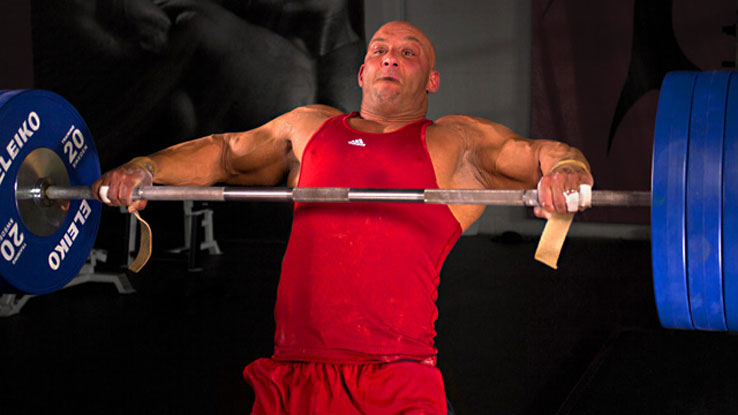 High-Pull for the Power Look

This single exercise will make you look more powerful and scary-looking in just a short amount of time. Here’s how to do it.

This will help you learn to pull while keeping the bar close to your body.

Do not try to go too heavy, you’ll just end up pulling with your arms. 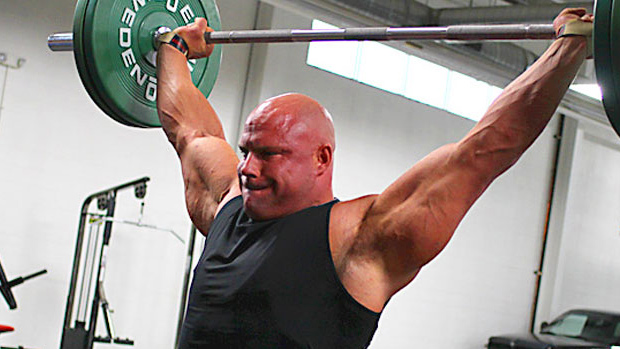 Tip: Do the Muscle-Snatch for Strength & Power

It's the easiest Olympic-style lift to learn and it'll turn you into a badass. Here's how to do it.

It is important to keep doing the snatch grip deadlift all the while you are doing this progression. It is necessary to eventually move to the snatch from the floor.

You can even try the Roy/Sweeping snatch grip deadlift to work on keeping your lats engaged and pulling the bar toward your hips: 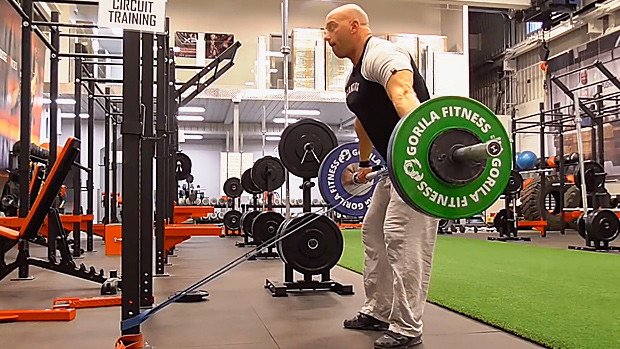 Build your lagging lats and boost your deadlift strength at the same time. Do the sweeping deadlift. Here's how.

Then you can move on to doing only power snatches from the hang in your sets.

But, and this is important, for you to have any shot at being successful, you need to see this as a long-term progression. Do not skip steps, do not move forward before you are ready, especially from a mobility perspective.

On the BP, I think I have nothing more to do.

I train a female who has the world record on the squat (she is 67.5kg and squatted 262.5kg in competition. raw, and 270kg in training) and she still does a lot of technique work.

I’m not gonna lie, that one felt good.

Thank you very much Coach

You have always given your recommendations in detail, as you did this time. Everything you say and illustrate is worthy of a great article. It was much more than I expected.
This is a great exercise and worth doing. I assumed that my form of performance was bad and there would be a lot of criticism. However, as I said, I do this exercise several times in my life. In the beginning I will not do it from the floor as you recommended and I will work on the other problem areas.
Be healthy and happy

Absolutely incredible feedback and great advice for anyone considering to learn this movement. Thank you for taking the time to share this CT.