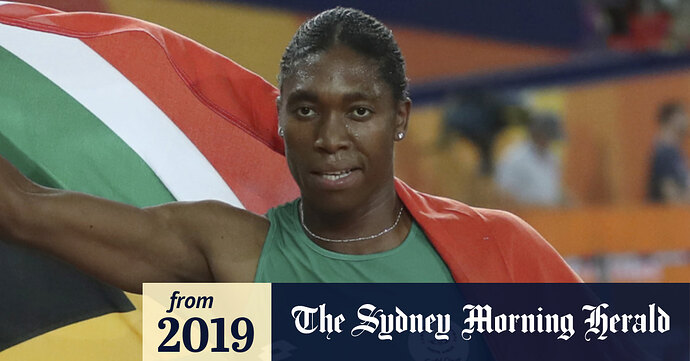 South African runner Caster Semenya will have to wait until the end of April to get a verdict in her challenge of IAAF rules.

Caster Semenya is an 800m runner who has hyperandrogenism: a medical condition that causes a female to produce excessive levels of male sex hormones including test.

She is currently appealing in the Court of Arbitration for Sport against hormone standards proposed by the IAAF (International Association of Athletics Federations). It pretty much says in certain events (400m up to one mile) females with a “difference of sexual development” have to keep their test levels below the threshold for at least six months prior to competing

Not the same thing but test levels leading to increased athletic performance and fairness in sport are also discussed in the context of transgender athletes. However in that case allowing athletes with possible advantages over other competitiors to participate was the agenda whereas in this case it’s almost forcing people to reduce their test levels for fear of unfairness and unlevel playing fields.