I Wanna Talk about How to Get a Girlfriend

Now I’m going to have to google that article. Did he cheat on her with a real girl? 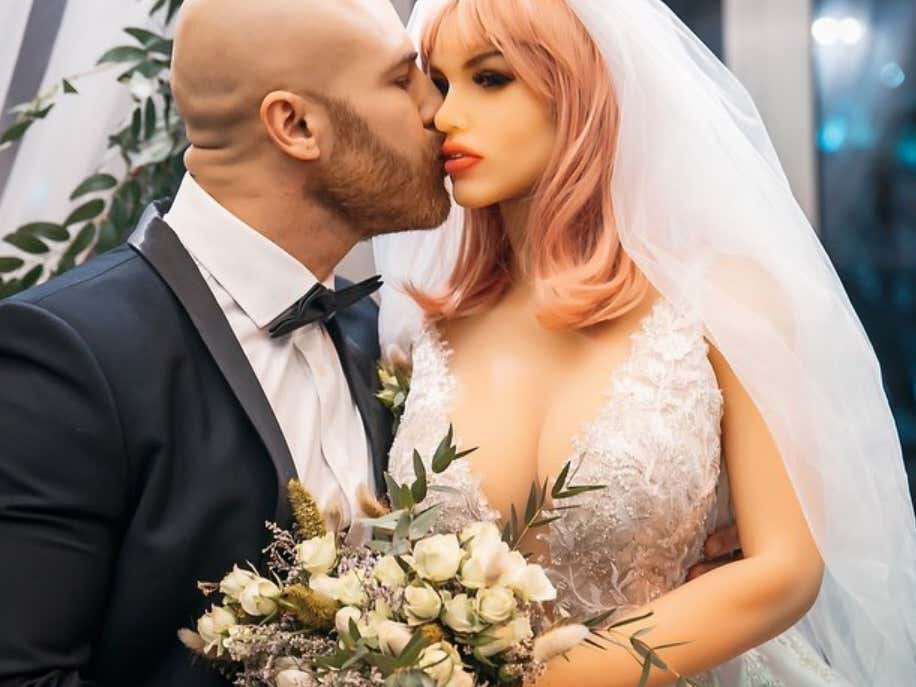 True Love Is Dead: Bodybuilder Who Married A Sex Doll Admitted He Cheated On...

[Source] - But he revealed she had broken just days before Christmas and was being repaired.In the meantime, he recently posted a video on Instagram of himself touching a silver object with small ridg...

I dunno. This is breaking all kind of new ground in relationship ethics.

This is breaking all kind of new ground in relationship ethics.

I’m actually curious as to what one of these dolls would feel like in comparison to the real thing. Do they look/feel lifelike?

I’ve just looked it up and if appears as if people can rent these dolls, however the prices between rental and actually just paying for the real thing aren’t that far off. Supposing it’s legal (prostitution) in any given country I can’t fathom why someone would prefer a doll.

Perhaps if you had like crippling intimacy issues or something.

But he revealed she had broken

Morbidly curious to know how she got broken.

I think this is “performance art”

If you want to see some even crazier things, watch “My Strange Addiction” on TLC…people are messed up man.

Yes, but a romantic relationship can’t exist between one partner and an inanimate object.

A sexual relationship could exist, me and my left hand have had a thing going for quite a few years now.

watch “My Strange Addiction” on TLC

I’ve seen a few clips before. I generally don’t watch that kind of stuff as I feel as if it trivializes/exploits the misery of others. These people need professional help as opposed to being filmed and put up on a big screen for the whole world to judge/scoff at. By watching this I’m intrinsically supporting it

Had the same issue with pornography for a while and I’ve actually stopped watching it due to the potential connection with sexual exploitation and/or manipulation of young men/women.

Yes, but a romantic relationship can’t exist between one partner and an inanimate object.

On that tlc show strange addiction, ole butch girl was in love with a carnival ride. Even bought it and brought it home to restore.

Morbidly curious to know how she got broken.

I’m sure she slipped because she’s clumsy, or bumped her eye on a doorknob or something, ya know, just like so many other women.

Maybe she didn’t have the laundry done when he got home?

Probably not. Talking on the telephone and watching those damn shows all day…

at least you can be sure that she isnt drinking all your booze during the day.

at least I think you can

My old buddy once had me sit down with his woman for an intervention.

Turns out that while he was working all day to bring home the bacon she was at home doing all of his coke.

And I’m like “Who tf has left over coke just laying around?”.

I asked a freind once, “how do you put the cork back in a wine bottle?”

He answered “who does that?”

Good intervening on your part there!