How Much Noise with Prowler?

make a car tyre or truck tyre sled, you can use the push by making a sling out of decent rope and putting a bar about 3" long at one end, stand inside the triangle that the rope makes when you put it through the bar, and push the bar to drag the sled, works well. Much quieter and doesn’t ruin the concrete.

Plug your headphones in, crank them up, and you wont hear a thing

[quote]dudsman wrote:
Plug your headphones in, crank them up, and you wont hear a thing[/quote]

Yes. Haha. This would be my solution.

[quote]dudsman wrote:
Plug your headphones in, crank them up, and you wont hear a thing[/quote]

Yes. Haha. This would be my solution. 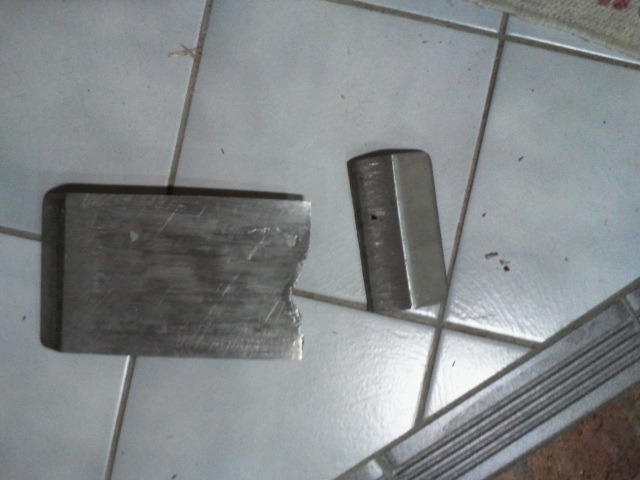 Damn, finally wore the old girl out. 3mm stainless steel skid pad snapped! To much work on the asphalt.

Knowing that I was going to be using mine in a parking lot 100% of the time, I put on some pretty beefy skiis. If you know someone that can weld it is well worth making your own skiis. Mine could probably survive nuclear holocaust…

I would think a nylon or ABS plastic of some kind anchored to the bottom of the sled would take care of that… cheap, readily available and disposable, you would eventually have to replace the pads but the stuff is pretty cheap. I think i’d try polyoxymethylene first… it is a readily available, cost effective, slick tough plastic that has excellent abrasion resistant properties. you can order it online in a variety of shapes and sizes.

pick up some hex drive flathead bolts and use a drill to countersink the bolt head into the plastic and anchor the strip to the foot of the prowler. Polyoxymethylene non generic name is Delrin, its manufactured by dupont, and may be easier to find using the name delrin. wikipedia had an excellent backgrount on the stuff.

Yeah Mateus, i will be getting a larger, wider skid made this time as that is what prevented me from using softer surfaces.

Thanks for the tips L.S, i will look into it. Do you think the plastic will change the friction/drag co-efficient of the sled ie make it easier/harder to push? I train on a rolled asphalt netball court so there is maximum skid plate to ground contact and a lot of friction in this type of surface. The result is you can actually feel the sled getting harder to push as the heat builds up in the skids.

I would just rather add weight if i want to increase resistance.

[quote]batman730 wrote:
I saw somebody working with a prowler in a local park. They had apparently cut little rectangles of some sort of material (rubber/plastic?) and then secured them to the bottoms of the runners. No noise/marks. I didn’y get the chance to ask them what, specifically they were using, but it seemed to work quite well.[/quote]

Some people have made homemade prowlers out of wood and used cutting boards as the skis. You might be able to put those under the skis on the prowler… it would be a lot less expensive to replace a cutting board $5-10 instead of the prowler skis $60 + shipping. they overprice the piss out of everything prowler

I used a slab of hardwood with a crate on top I throw weights in, not that loud bit it does give off a real nice burning timber smell on the road.