How Much is in This Syringe?

How much would you say is in this syringe? With the syringe filled it’s obviously .5ml but when pulled back it’s .54. The reason I bring this up is that I a split 200mg vial in to two shots per week. If I inject .5ml (full syringe) first I’m left with .46ml (.5 when pulled back) for my second shot.

I know this isn’t anything to worry about but I like things as even as possible and this triggers my OCD.

Any thoughts or tips? 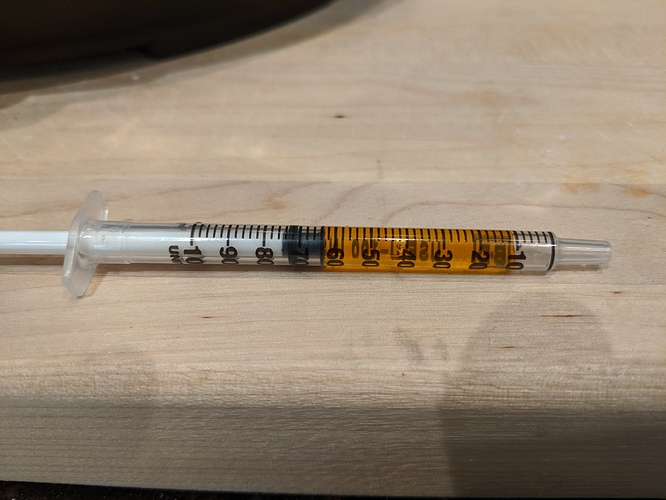 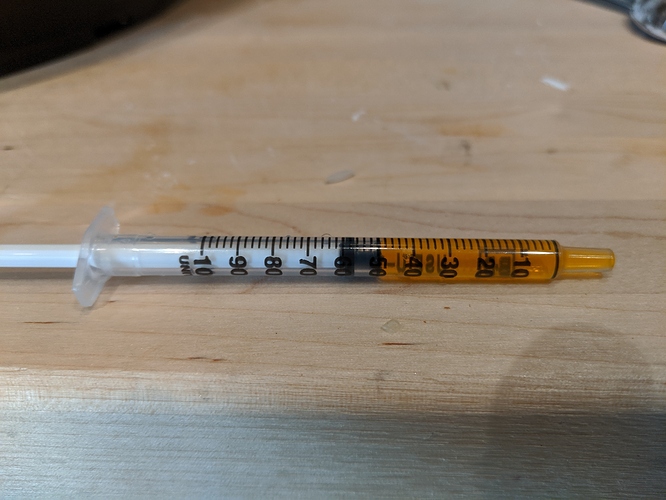 Sorry I should have specified. The amount in the syringe didn’t change. I drew up .5 ml and then drew it back to .64ml on the high end and .1 so showing .54ml.

It looks like .5 to me with it pushed all the way forward like the second pic. Looks spot on.

My 1ml syringes look identical to yours. When I push them forward (second pic) they read .2 ml. But when I load them, I load them with what looks like .25ml (your first pic). Despite what it looks like pushed forward, I know that it is actually .25ml because my 1ml bottle is empty when I load my fourth shot of the bottle.

You are getting the correct amount both times.

I believe the correct way to measure is the first way. If you are attempting to take .5ml, you are actually taking .04ml more. Depending on your frequency of ingestion and the potency of the solution, it can add up. Ultimately, consistency and how you feel is most important.

My concern about consistency is really the reason I’m asking. The 1ml vials don’t have enough to do two shots measured to .5ml so my second shot each week is a little short. To compensate I’ll probably just do a little less the first shot of the week.

I had the same issues when I started on injections. The 1ml vials are just a little overfilled, but if you’re doing multiple shots from same vial, any dead space in syringes will add up.

Unless you add an air bubble, which I’d recommend, all that test in the tip of your syringe will likely be wasted.

Get syringes without removal needles and this becomes a moot point because they waste so much less.

Bottom line if you want to split 1ml into 2 doses with those syringes then you’re going to get less than 0.5ml on each one unless you use an air pocket at the plunger to push out what would be wasted otherwise

My concern about consistency is really the reason I’m asking

If you’re going to continue to use those god awful syringes then yeah, you’ll just have to figure out how much less to inject to account for the waste.

Yea I’ll start looking for a better option, thanks.

It really doesn’t matter…splitting hairs on this one. If you are injecting 200mg per week split into 2 injections, and you have a 1mL vial of 200mg/mL test…

As long as the vial is empty at the end of the week…you’re good. If you are concerned about what tiny bit gets wasted (not of any real concern unless you start doing daily injections), then pull some air into the syringe and empty that sucker when you inject. 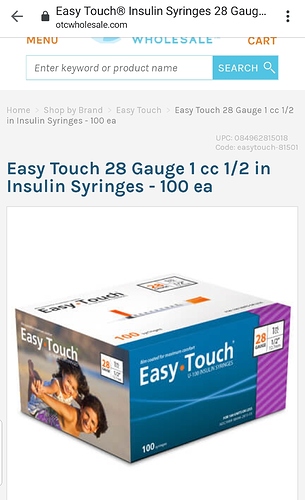 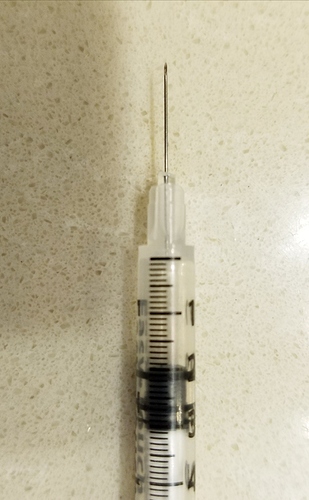 Thanks, placing the order now