This morning, at 0435, I achieved a goal that was a LONG time coming: I squatted 5x10x405. I did this with an Ironmind Buffalo Bar and a variety of bumper plates, by myself, in my power rack, in my garage, while a summer thunderstorm crashed around me, with Foo Fighters’ “All My Life” on a loop for the entire 18:58 time it took from start to finish (I billed it as 18:28 in my training log, because I give myself that first 30 seconds of the first set to walk up to the bar and get set up, but from that point on I’m on MY time).

I did this as part of the 5/3/1 program “5/31 Boring But Big Beefcake”. This was my third run of that particular 5/3/1 program, and each time I do it, I learn something new about training and about myself. I wanted to share what I did this time around to make BBB Beefcake fit me so that I could achieve my goal of 5x10x405.

I apologize, this is going to be long and self-aggrandizing, but I think it’s pretty awesome.

BEING THAT WHICH DOES 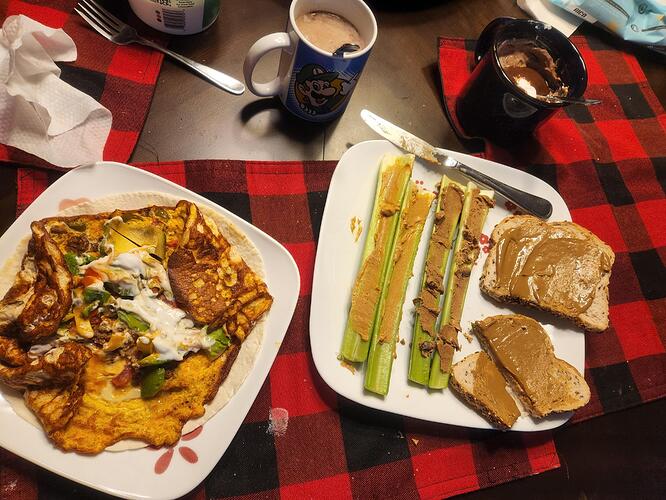 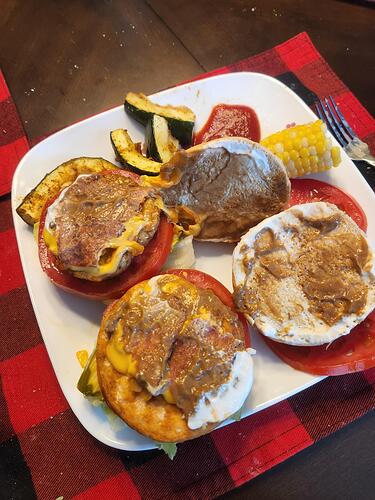 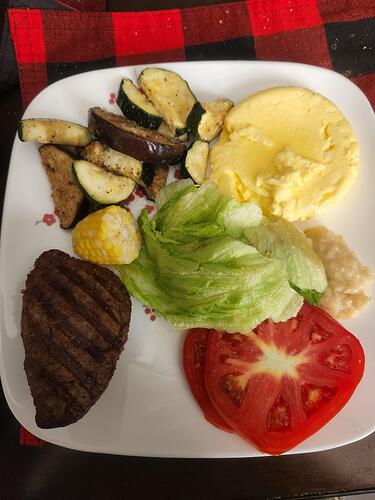 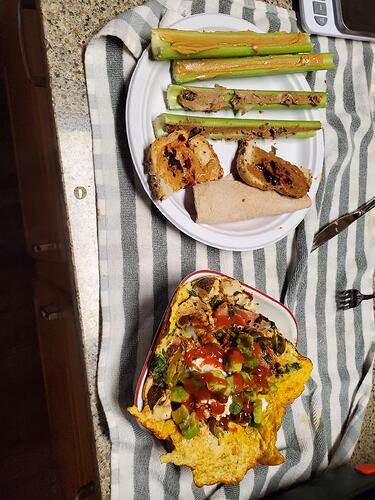 EVEN MORE ON CONDITIONING 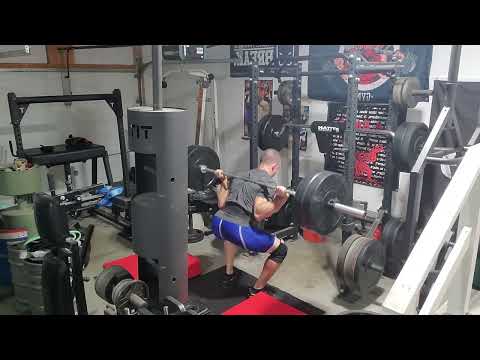 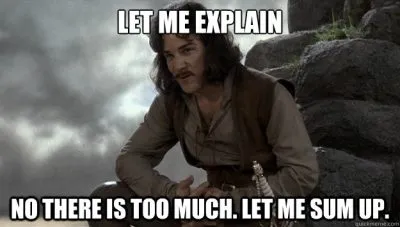 ALLOW ME TO EXPLAIN MYSELF: MONUMENT TO NON-EXISTENCE

I can only summarize so much insanity This may actually become a continuing series for the blog, because I feel like it’s got some legs, but...

ADVERSITIES ALONG THE WAY 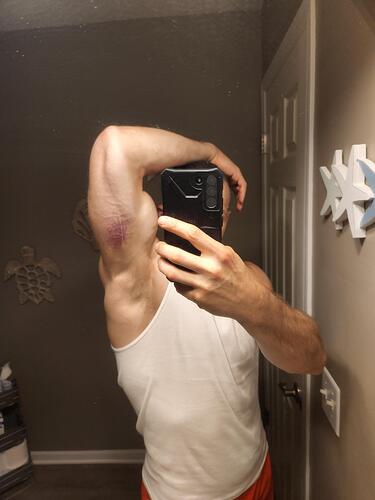 Hey folks, Last week this time I got bit with the idea of running the 5s week of BBB Beefcake using the “Malcolm X Method” For those unfamiliar with such an approach, “Malcolm X” refers to “by any means necessary” regarding how one gets to 50 reps. Rather than 5 sets of 10, one simply gets the 50 reps in. My intention was to still abide by the instruction of accomplishing all 50 reps in under 20 minutes, as that seemed core to BBB Beefcake. Here are the videos of all 4 days, in the order pe…

SOME BEFORE AND AFTER 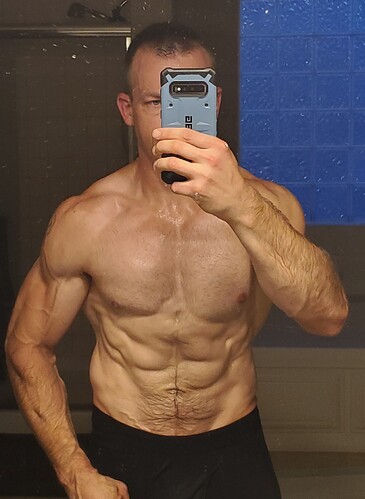 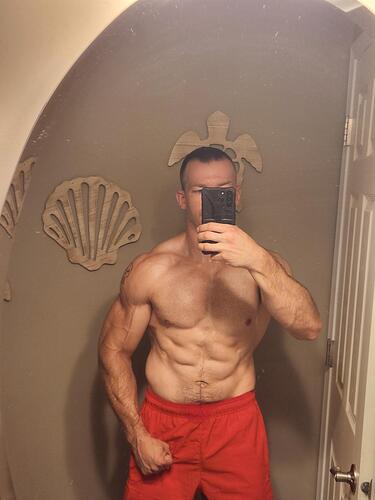 24 Likes
More Trouble Than I Am Worth: Chaos Is The Plan (T3hPwnisher Log)
BBB @ FSL for Assistance
Eat The Big Elephant First: The 10k Kettlebell Swing Challenge Done in 7 Days (Finished!: Full Write Up Posted)
My Review of 5/3/1 for Hardgainers
littlesleeper August 16, 2022, 3:01pm #2

It’s been a pleasure following you in your journey through this misery. Thanks for the great write up, there is so much great info here for all of us mere mortals!

I appreciate that dude! Means a lot that you read through it all. This was a great journey.

This is truly insane! Great, inspiring write up on how you accomplished it too! It definitely makes me believe I can accomplish my goal of 405 for 1 and 315 for 5x10!

Much appreciated dude! From what I’ve seen of you, the only thing that is stopping you from accomplishing your goal is time. I’m big on the idea that all of these events have already happened and we’re simply experiencing them. It was that way when I squatted the 405. I came into my garage that morning KNOWING that the 5x10 had already happened: it was just my time to experience the suffering of it. And when it was done, I came out the other side.

It’s the same for you. All of these goals have happened. You have an amazing future: you just gotta keep experiencing the present until it happens.

This is great. I love this idea, but don’t think I could ever have put it into words like this. Your eloquence, as ever, is on par with the squat performance!

Those are very meaningful words from you my dude: I don’t take them lightly. That idea has been HUGE for me getting through training recently. It removes all fear, doubt, anguish, etc. There is no eventuality or continuity where I do NOT succeed: it’s just up to me to experience it.

This is really an awesome way of putting things in perspective, and like TrainForPain, I’ve thought this so many times about different events in my life. To apply that towards my goals in the gym and on the mat could be something that could completely change the mental side of the game for me! Appreciate the inspiration as always!

read this yesterday but forgot to comment. Thankyou Pwn, not only for taking the time to write out such a well thought review but also for continuously challenging yourself to do something most people think is crazy. I love the idea of picking a goal that is right on the edge of I may be able to do this or I may break. So much good information in this write up and I really hope some newer members take the time to read it and see what it really takes to be strong and dangerous. Quality

@simo74 First, HAPPY BIRTHDAY! I really appreciate your comment. I remember you expressing a similar sentiment when I first posted about this goal/approach in my training log. It’s one of those “tricks” I didn’t realize I was learning until had accidentally done it a few times with a few hard programs. Set big goals, then do what it takes to achieve them. Just like competition.

I can’t decide which is more impressive:

I can’t do a single rep of 405 lbs on squat, and I can’t listen to a single song by the Foo Fighters. To do both simultaneously is mind blowing.

But seriously, those numbers are amazing and, in all honesty, unfathomable to me. There was this “Tyson zone” narrative on the internet in the 90’s/00’s where the joke was you could literally say anything about Tyson and it would be believable. “Did you hear Tyson punched a bear and killed it?” would be met with “What type of bear?” rather than a “Shut up, dude”. That’s where you’re at.

Dude, that Tyson thing is amazing. One, because it’s a huge compliment. Two, because as I was walking into work that day after that squat, that’s EXACTLY what I was thinking to myself. “I’m Mike Tyson in his prime, I’m unstoppable, I’m untouchable, I’m ferocious”. Those of us that grew up in that era will always appreciate that mthos.

Tyson, both the man and the myth, is such a part of sports folklore. There are certain Tyson moments where I remember right where I was when it happened: knocking out Spinks in less than 2 minutes, losing to Buster Douglas, and the Holyfield-ear thing. That he’s become a pretty interesting and thoughtful dude far removed from the late 80’s animalistic warrior makes it all the better.

Well there’s certainly no doubt why you are stronger, in better shape, and have more muscle than me…

Anyone asking themselves why they don’t have results XYZ yet read this thread and ask yourself if you’re working this hard. Fuck I need a nap after just reading that.

@antiquity “Sports folklore” sums it up perfectly. I honestly feel like internet/social media has taken a lot of that away from us. We know TOO MUCH about these folks now. So much cooler when there was a little bit of mystery. But I am happy to see Mike experiencing more peace these days.

@Lonnie123 those are huge props from you my dude: thank you! You still left an impression me when I first posted in “rate my physique” and got a nod from you. Been awesome having you around as an OG here and seeing all that you’ve continued to do.

Thanks man, I don’t contribute nearly as much any more with all I have going on but I check in to see what the people I still know are doing and your stuff is always a blast to read. Still wish I had that fire and desire to run myself into the ground like that, reading your stuff takes me back to when I did haha

How do you keep accurate count of the reps?

It seems like a silly question, but only to someone who has never been in a set of high rep squats and had their legs start shaking.

@Lonnie123 just think of it as periodization via life. We’ll catch that fire every once in a while, chase it, then back off. Do it enough times over a few decades and we really turn into something amazing.

@throwawayfitness I have milestones through a set that I need to hit. My primary goal is to get through as many reps as possible in a single breath. This is a bit of psychology I play on myself. If I can get through 7 reps in one breath, there’s no way the weight is heavy. You can’t do that with heavy weight…right? So That’s my goal. What this does for me is it keeps my heart rate down and helps convince my body that I’m not actually killing it. A big part of the recovery between sets is my ability to keep calm and not freak out about what I’m about to do.

Well, after that, there’s only 3 more reps left. I count those 3 and get it done.

In the most ideal of words, I keep that up. That didn’t happen for this workout, because it was actually heavy as f**k and I was lying to myself. So for the rest of the workout, I’d get 5 reps in one breath. I have 5 more left now. Typically, that shook out to 2 reps, then 3 singles.

@Dan_John has a strategy of counting DOWN rather than up, which I’ve found helpful, and breaking big sets into minisets of 5 can also be a good trick of psychology. Matt Wenning did that for his most recent insane 525lb squat for 20+ reps.