How Did People Get Strong Before the Modern Era?

I’ve been thinking about this last few weeks as I look back on 2017 and see how my programming has changed.

I mean we all know the basics, you need to lift something heavier and for more reps. You need to eat, rest, and of course work very very hard. Obviously genetics determine things as well.

But how would someone who was not very muscular genetically be able to build muscle back in those days?

How do you think these guys did it?

If you guys had any resources or informative reads please let me know. This is a subject I definitely want to read about.

@Chris_Colucci - please move this post if it’s in the wrong subsection. Didn’t know where this question would go.

Wrestling, carrying an increasingly heavier calf up a hill every day, manual labor, and feasting are just a few things that come to mind.

It was called manual labor…

Same as us, only not always on purpose. Progressive overload works on anyone who has a human body. 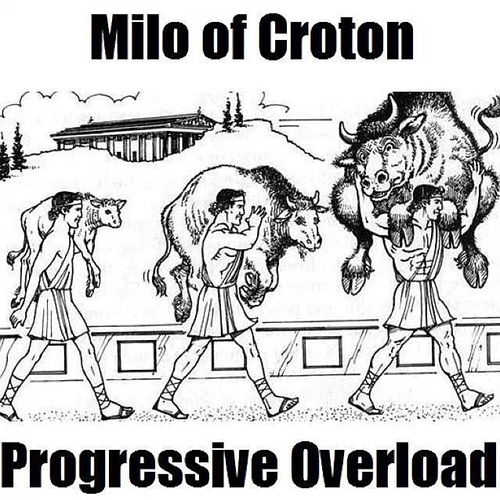 GoodOldMilo1276×1276 405 KB
Milo is one of the oldest examples, and back in his day, the idea of carrying a progressively heavier bull was understood enough to be a symbol of getting stronger. Eating it in one day… not so much.

Supposedly, Shaolin monks also used stone “padlocks” (essentially kettlebells made of stone) for some kind exercise. So that’s something too.

I don’t know a ton about strength training that far back, but I’d presume a lot of guys were just “farm boy strong” and built their strength through whatever strenuous activity they encountered in daily life, like Bulldog said. The concept of “I want bigger muscles” or “I want to be physically stronger just because” was likely a very foreign concept, or at least not something they strived for

If you guys had any resources or informative reads please let me know. This is a subject I definitely want to read about.

Not sure you’ll find too much specifically on exercise from that far back, because from what I know, “exercise for the sake of exercise” just wasn’t a thing. If you find anything though, I’d for sure be interested.

The mid-to-late 1800s is when Physical Culture really started to spread, with guys like Saxon, Sandow, and Macfadden, and structured resistance training started to get much more widespread.

Jamie Lewis’ Blog “Chaos and Pain” goes over a lot of this, in profane and pornographic detail.

If you have a look at the Olympic Games of antiquity, the events include various runs (including the Hoplitodromos, where you run partially armoured and with a heavy shield), combat sports (wrestling and Pankration) and the long jump holding weights in each hand. I think (can’t name a source right now) that most of these were also part of the training of a Hoplite, the armoured greek citizen-infantry.

As far as the middle ages are concerned, I don’t really know. I would guess soldiers got the strength they needed simply by practicing their craft. The classic european knight of the high middle ages spent a lot of time practicing for tournaments (jousting and sword-fighting). Handling heavy swords and lances while wearing armour on a regualar basis should get you plenty strong.

As far as peasants and laborers. Go try and clear a field of trees and brush with nothing but an axe and a scythe. Now do that for your whole life.

For warriors/soldiers. Go put on a 50lb vest and walk for a few miles. If you’ve never done it before you traps will be on fire after a mile or 2. Now imagine fighting for a full day in 50lbs of armor. Modern combat sports are draining enough, I can’t imagine killing resisting opponents for hours on end wearing armor. The Spartans started training boys at age 7. The Vikings would arm boys as young as 8.

My guess is the average Schmoe in an ancient standing army would be rather mal nourished and not that strong. But they’d have endurance our gym rats of today couldn’t touch.

Cut a tree down, with an axe, like your lift depends on it - theirs did

Swing a sword like your life depends on it - theirs did.

Pound Iron with a hammer like your life depends on it - theirs did.

Man-handle farm animals lime your life depends on it - you get the point.

There may have been niche cultures where physical prowess for its own sake was sought after (humans have always been vain, only the standards have changed) but I think your average oldschool lumberjacks, blacksmiths and warriors would have been strong simply becuase it was a requirement for life. Hard to imagine in today’s world of office chairs and air conditioned treadmills.

I also don’t think all the information and programming we have available today is always a good thing, or even necessarily helpful. Just go look at all the skinny guys who have been lifting (or doing one leg bosu ball squats) for years and are still weak and skinny, or worse, weak and fat. 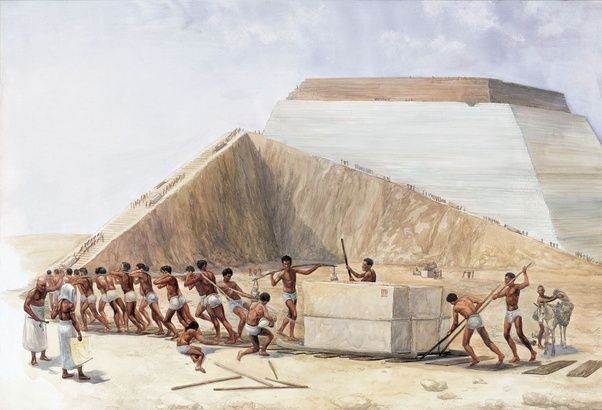 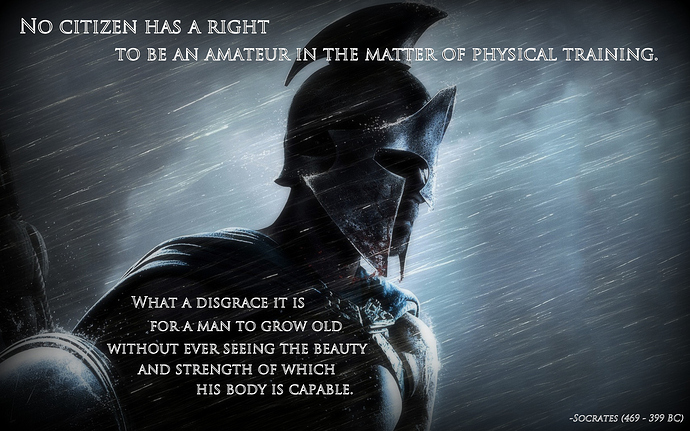 Ottoman Sultans used to carry heavy rocks/ metal objects around while they were walking in the palace. It’s said to be around 225 lbs ish.

The army also used to work with literal kettlebells and heavy maces for combat. The archers would practice with heavier and tougher stringed bows too

Yeah the Ottomans as well as the Greeks, used kettle bells to train. There’s a 143 pound kettle bell at the Archaeological Museum of Olympia in Athens. I’m pretty sure the Turkish get up exercise actually came from the Turks/Ottomans as well.

143 is more impressive considering that was heavier than the average make then.

The Romans had weights similar to today’s barbells in some of their baths. I don’t know if the Greeks did something similar or not but considering how ‘vain’ one might consider them it wouldn’t surprise me at all.

That’s what everyone wants to see - - - a naked dude doing snatches.

since this is just opinion I thought I’d add my two cents to the manual labour pile.

My brother is a mechanic and doesn’t lift at all, yet he came to the gym with me once this year and wasn’t far off my weights, e.g he can bench 100kg without ever lifting a weight. I guess all of the manual work he does every day has made him strong.

Also, I know lots of modern tradesmen and farmers who are strong as hell too, imagine how strong they would be without any machinery to make things easier.

Cut a tree down, with an axe, like your lift depends on it - theirs did

Swing a sword like your life depends on it - theirs did.

Pound Iron with a hammer like your life depends on it - theirs did.

I’ve read about English long bows that had a 75 pound draw and when the Mongolians ran around conquering everything from Korea to Moscow and extensive parts of the Middle East, they used a 150 pound draw compound bow that was lethal at even greater ranges.

And we shouldn’t underestimate the usefulness of body weight exercises. Push ups stimulate more muscles than bench presses, and have greater variety, too.

hard work. manual labor. fun fact: people who work with their hands and lift heavy things on a regular basis can STILL get strong without going to the gym in the 21st century!

This is part of why I continually say programming matters very little to anyone not lifting at a particularly high level. All these complicated ideas involving periodization, program cycling, deloading, progressive overload, and 1000 different things involving bands and chains and specialized equipment are over-sold. You don’t NEED any of these things. Hard work trumps everything.

I also think diet played a huge role. Those guys probably ate a lot of meat and some clean carbs mixed in. No bullshit fast food or processed crap to “cheat” on. It’s probably pretty hard to get dat when you were doing the amount of physical work they were doing and only eating meat and some plants every once in a while. That combined with what other people have said, hard physical labor, hunting, and combat training if they were warriors or in their respective militias.