Hip is Screwing My Squats

Need some help troubleshooting what is going on with my Hip when I squat. I don’t squat excessively wide, if anything its closer to Olympic style squats. My PB on squat was 355lbs and after having to take a break I was at 325lbs for my Max. Today I went in to squat and 185lbs for a double moved slow and my hip hurt very badly. I don’t have any issues with any other movements hip wise. I’ve had to practice not going complete ass to grass, but once I get to the hole of the squat it feels like my Chain of power gets all screwed up and I can’t reverse the movement without my hip feeling impinged

Its best to post a video as so many things can cause hip issues.

From infront or behind is likely to be best.

I’ll get on it as soon as I can

Can I ask where in the hip region it’s hurting?

Do you warm up your hips before you squat?

I did, and still do, get awkward pain in my hips when I squat if I don’t warm them up properly.

Doesn’t need half an hour of foam rolling, only takes 5 minutes of dynamic movements but its worth every one of them.

Chris duffin has a video where he goes through a couple of exercises to open them up, worth a watch. 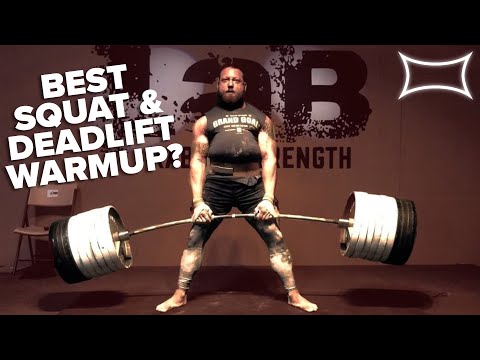 Thanks man, I kinda thought that warm-up might’ve been the culprit. Recently it’s been colder than usual in texas and my gym isn’t air conditioned/Heated. I’ll give it a try and see how my hip feels

Could be possible sciatica? Does it travel up and down the leg? Or radiate pain in that area? Frequent squatting can invoke tight hips and sciatica. I’m not a doctor of course, but I’d like to help out if I can.

Sounds like it might have to do with tightness in the glutes or TFL, I have issues with that sometimes. A foam roller doesn’t apply enough pressure to any one spot, try using a lacrosse ball or baseball and look for tight or painful spots in the area. Also look into some stretches and mobility exercises for hip internal and external rotation. Kabuki Movement Systems has some useful stuff but it’s not free, just look around online otherwise.

It doesn’t travel anywhere, its just a quick sharp pain once I hit depth or lower, but once I’m out of the hole it’s gone

It doesn’t travel anywhere, its just a quick sharp pain once I hit depth or lower, but once I’m out of the hole it’s gone

That sounds like hip impingement. It doesn’t hurt at any time except when you are at the bottom of a squat? Look for some videos on YouTube, I remember Quinn Henoch (JTS) had a video on that. I never paid much attention because I don’t have that problem, just look around. The only advice I have at this point is that unless you are just going too deep, a wider stance might help. This (impingement) largely has to do with the structure of your hips.

Thanks Chris, I’ll check it out. I’ve mainly used a closer stance lately because I want to target my quads more. I’ll check out the videos from JTS and Kabuki Strength Labs

Did it not hurt when you used a wider stance? If so, the solution is right there: squat wide. Do high bar, SSB, or front squats to build your quads.

A while ago I did, but for a while when I was squatting with a closer stance it didn’t hurt my hips, Just recently it did

You might have irritated something in there and caused some inflammation. See what information you can find online, but also try squatting with your normal stance next time and see how it goes.

I’ve had something similar for about a year, sharp pain in my outer hip. Stretching and foam rolling helped a bit but not all that much. What has really helped is adjusting my stance so my feet face out more - not ideal but better than the pain I was having.

I’ll try to use my regular stance with Highbar to hit my Quads and add some Front Squats on another one of my days and hammer out my quad weakness. I’ll also throw in some form checks and see if anything is really wrong with my Squat. Thanks for all the Advice Chris I really appreciate it.

I had a sharp stabbing pain in my left hip during squats and other things too. My pain was right behind the greater trochanter (that notch that sticks out on the hip). 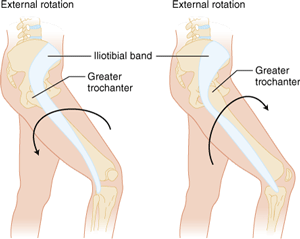 Unfortunately my pain turned out to be a symptom of a torn hip labrum caused by hip impingement. My options were to avoid things that hurt, try a steroid injection, or have surgery. I had surgery Dec 20th.

Just to underline some of what these guys already brought up.

-Possibly Controversial Advice: Be careful trying to “hammer your quads” with extreme stances. Turning your feet this way or that way, or moving your stance way in or out, letting your knees track super far forward, etc to put more tension on your quads can also put crazy torques on your hip joint. The minor quad gains may not be worth the hip abuse.

I’ve been back on leg extensions lately.

-All you squats don’t need to be Super deep. Or even to parallel. If you’re doing a “variation” or non-competition squat anyway, go to where it’s comfortable. 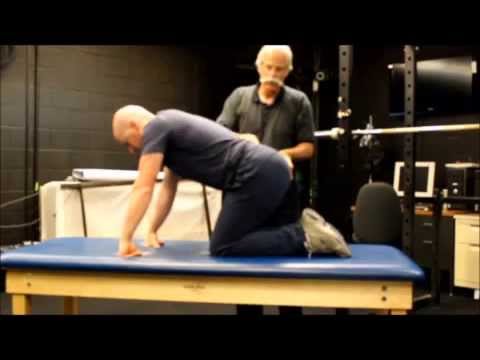