Anyone else notice that when estradiol is on the up it hinders strength increases? I’ve noticed twice now that when I get pretty high I almost hit a wall strength wise in the gym.

Not personally… I think there are too many variables to say it’s high E2 wouldn’t you say?

No I feel stronger because my joints feel liquid with no after dull aches.
Happy joints add a plate. haha

Yeah that’s what I was thinking, thought I’d ask the question to see if anyone else had experienced the same issue though.
I know my strength level for all my major lifts at any given time so I tend to notice when I either stall or go backwards. When I’ve been consistently adding a significant amount to the bar week after week then pull a single I know I should be doing for 3 I know somethings up. Only thing that seems to coincide with that is high e2, which at the moment has crept up and currently getting that under control.
May have something with the fatigue associated with high e2, just thought I’d ask the question.

You feel stronger or you actually are stronger? That’s a fair point though

When blasting I pretty much let my E2 go where ever it wants. I only take an AI if I start getting a little sensitive. Tear up over stupid stuff on TV. So I guess I can’t answer your question completely since I never try to get my E2 to TRT levels while blasting. That sounds like an injury waiting to happen. When blasting I can easly stay in the gym 2-3 hours where normal I am cooked at 90 minutes. I lift more weight and add additional sets. That said I also increase my rest time between sets. I want to be fully rested for each set. That could be part of the reason for the longer time in the gym.

I seem to be really sensitive to e2, I get that way pretty quickly on a slight elevation, emotion, itchy nips etc. I seem to do the same as you, spend 2-3 hours in the gym but longer recovery between sets. My endurance isnt being effected at all, just the strength. I might tick off a few more things before I think too much into the e2.

Itchy nipples are pretty normal I would not just jump on an AI because of it. Hell when I started I TRT I had to wear bandaids on my tits for 3 weeks. My E2 at 5 weeks was normal. I was on 150/wk with .375 anastrozole./wk and 800iu HCG.
I did not ask if you are on TRT year round or just cycling. A TRT guy gets over the nipple thing but a guys who just uses T for recreation will have nipple issues every time. Your E2 and prolactin have to be over range for a year or more to start developing real gyno and there are so many signs before that happens.

Yeah I’m just cycling and first cycle at that, so still getting a feel for everything. It wasn’t the itchy nips or emotions that worried me, it was the water retention then high blood pressure that really caused me problems. I was anxious and had onset of panic attacks many times before a got the e2 under control. If it wasn’t for that I wouldnt have touched and AI at all

Water retension really does suck. Itchy nipples, fat water filled boobs, and everything else for that matter, its no wonder why so many guys start eating AI like candy and crash their E2.
Pretty much all of these bad symptoms go away on there own with in a week or two.

I started on 400mg p/w and 2 weeks in the bloating and high blood pressure hit me like a train, bad enough that I was to the point where I was considering giving the cycle up completely. It was nothing that I’d ever experienced so it was quite scary to be honest.
I’ve been really careful when using an AI and havent crashed my e2.

That was something I was considering, normally I’m really keen to get into the gym but lately I’ve been dragging myself there and not feeling fantastic while in there either. Towards the end of the day I’m absolutely drained.

Towards the end of the day I’m absolutely drained.

When I blast I don’t feel any stronger or recover from hard exersize any faster for 4 weeks. It is like I am still on my TRT dose. Then one day in the gym you will feel something in the back of your mind you will say shit that set was too easy. So you do another one to confirm and you say (((shit))) again haha. Then you add a plate and at the end of that set you just set there and quietly smile with that big green grinch grin*. 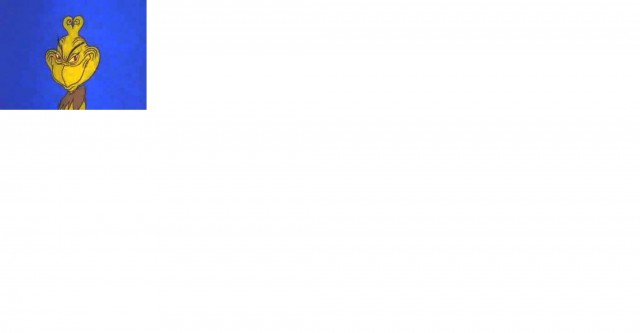 I should have mentioned, I’m on my 10th week and currently running 500mg p/w. I’ve put 30kg on my deadlift and squats and 12.5kg on my bench. The first time my e2 run high my lifts stalled for a bit but once it was under control I felt great, smashing PRs every week (exactly how you described it). Now though as e2 climbs it seems I’m stalling again, like zeek said it may be due to the fatigue, which is pretty high right now. But it could also be that I’ve been hammering myself week in and week out too lol

Oh sorry duh 10th week haha. I hope you enjoyed my story anyway.
I don’t know enough to offer any advice on the stall you are experiencing.
We have many members here far more experienced in cycling than me.
I’m really pretty new at it and at my age I don’t take anything to the extremes these days.

Your story is very similar to what I experienced in the beginning so it’s good to know everything is working as its ment to.
Just waiting on results back from a blood test so that should give me a bit of insight as to what’s going on, if e2 is where its ment to be I would say I’ve just pushed myself a little far with the heavy weights. Though my understanding was that would be a little hard to so if you eating mountains and running a moderate dose of test. All a learning curve I guess haha

That is awesome you are getting a blood test. They really give you peace of mind and a direction to head without guessing. I hope you will post your bloods and if you find an answer to the stall.

I’ve been getting the blood tests regularly, it definitely does give you peice of mind, so much better then grasping in the dark.
Should have results tonight so will post as soon as I get a hold of them

Your E2 and prolactin have to be over range for a year or more to start developing real gyno and there are so many signs before that happens.

What do you mean by “real” gyno? Let´s say you run a 500mg test e per week for 12 weeks, would you not have to “really” worry about gyno?