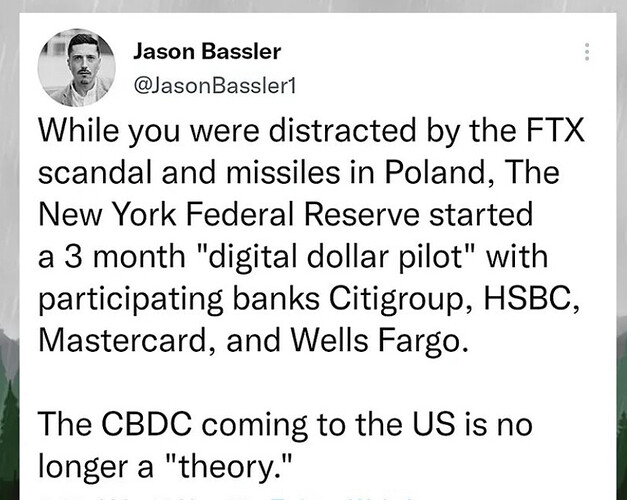 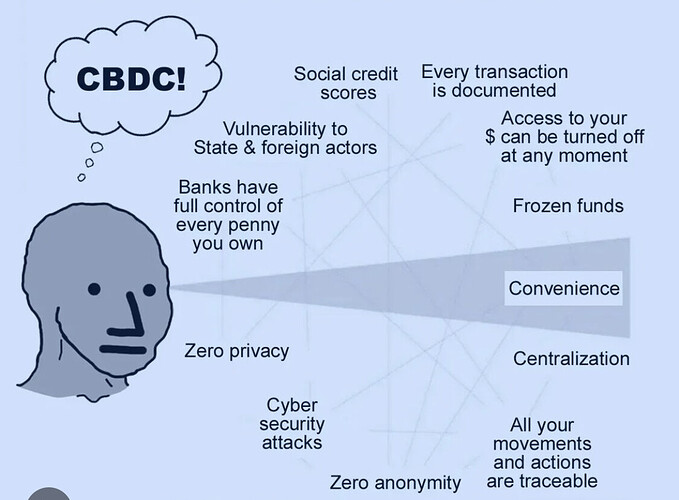 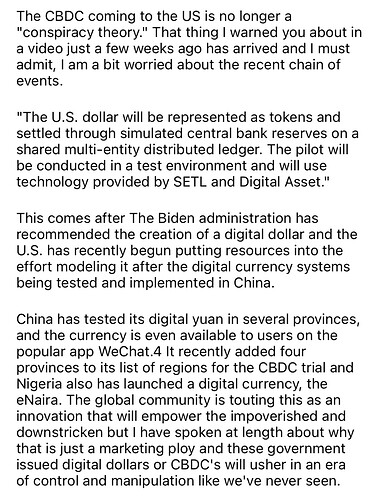 The meme pretty much says it all.
It will be adopted because most people are lazy, apathetic (and probably too stupid. Naive at best." I trust the Govt and the banks, derp!.") and don’t want to carry cash around.

Most of the people I know already do most of their transactions with credit or debit cards. The good news is that like most things the government does this will be done in the most inefficient and incompetent way possible. Probably a lot of early adopters will be hacked and ripped off, and maybe after a painful lesson or two they will learn.

So how is this different than the current system? Is there currently enough paper currency to cover every dollar that is sitting in someone’s bank account? I assumed that it was already the case that more dollars exist in bank accounts than exist in paper currency.