Am about to begin on a “restart attempt” using the HTPA Restart sticky here. Will be using HCG 250 injections for 4-6 weeks followed by Nolvadex for 4-6 weeks (switched to Clomid because I read numerous studies on Nolvadex and its association with damaging liver cells leading to cancers in mice at high doses. Study is referenced in a post below. This same effect was not seen in another SERM called toremifene. But this stuff costs $1,000 for a month supply, unless you get it online from some “recognized” sources, which strangely has it for $60 … so I called BS on that, and decided to go with Clomid, which also has some risks, but less than Tamoxifen (Nolvadex). 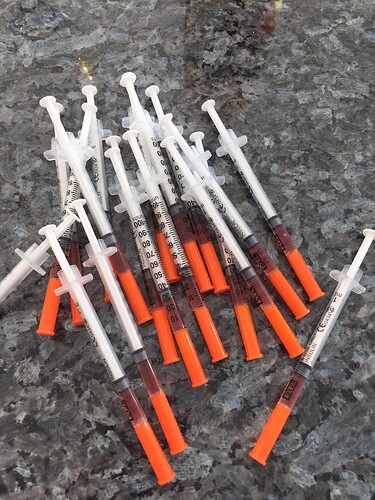 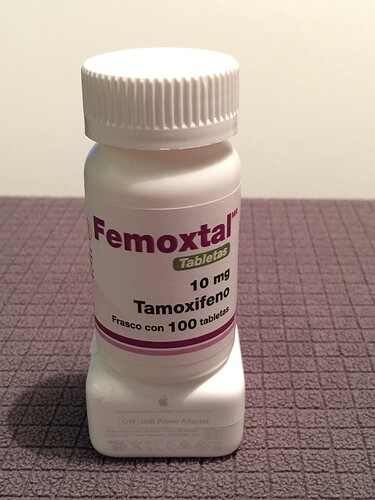 After testes are working, you transfer to SERM to get the HPTA to make LH/FSH and stop hCG, then taper off of SERM later with some AI to keep E2 out of the way.

Any suggestions for the transition from HCG to SERM at the 4-6 week mark?

The transition was extremely smooth. No drop off, no depression, no drastic changes. HCG kicked in pretty quickly, and now 7 days in I can absolutely feel my natural production of Testosterone working again. Its difficult to explain the different sensation, but it feels like “me” again. Whereas Androgel feels like something external. The libido on Androgel is more of an “agitation” that “needs to be taken care of”. The libido on HCG feels more like the libido I had back in college.

I did develop a swollen finger that has stayed swollen, and somewhat painful, but I have no idea if that is HCG related or not. I really do feel good and its amazing having my natural libido back for once.

Glad to see you’re injecting the hCG now. Apologies for being less than polite to you in your previous posts. Good luck to you.

Experiencing joint pain pretty much all over my body. Also swollen middle finger. Don’t think I can continue another 5.5 weeks if this doesn’t clear up. Painful to type this. Painful to shower. Painful to wring out my washcloth. Torture to work out. Disclaimer: I have a lot of other strange undiagnosed health issues right now so I would not automatically assume that joint pain = HCG. She also has B12 in the injections and I was taking it supplementally so maybe overdosing on b12? Hard to know.

@KSman - your tutorial says every other day injections. My doctor said “He means Monday, Weds, Friday”. Did you mean Mon Weds Fri or every other day?

EOD is a two week cycle and may not be as easy for some guys. Fixed days of the week are simple. Either will work OK. I like EOD for hCG and anastrozole [when needed] because it fits the half-life very well.

I agree with how you are reading the symptoms.

I got confused by the sticky on restarts. My conclusion was HCG 4-6 weeks followed by Nolvadex 4-6 weeks. Is this correct?

One can also do Nolvadex from day one and not use hCG. There are multiple paths to the same destination.

Thanks. Total of 12 weeks seemed really long if you end up dealing with side effects. My estrogen has definitely tanked from this. I can feel it. Not the norm guys - HCG usually causes estrogen to rise. Im a freak of nature. Will be getting Estrogen and T tested here in a bit…

All testosterone can aromatize, it does not mater where it comes from.

Ideally, you do E2 labs and manage with anastrozole.

If hCG or Nolvadex dose is too high, T–>E2 inside the testes can be high and anastrozole cannot control that there.

12 weeks is too long, interim labs will tell you where you are going. 6-8 weeks might be enough. But testes need to be physically recovered with Nolvadex or hCG then Nolvadex.

You should be using anastrozole during the restart and land on a lower dose to cruise afterwards to provide protection from estrogen rebound.

You should be using anastrozole during the restart and land on a lower dose to cruise afterwards to provide protection from estrogen rebound.

Even though we have reason to believe my estrogen is tanking right now? (see above) My problem clearly is that I am not aromatizing my T into E. Well, one of my problems.

You should then be testing E2 while on the SERM and doing whatever that suggests.

The joint and tendon and bone pain is almost unbearable, but only at night. But HCG is amazing for my libido and probably T levels.

Hm. I’ve been lower on Estrogen before and don’t recall such severe joint pain. The swelling in the fingers is a noted side effect of HCG for some people (rare). Diagnosed with Inflammatory Tenosynovitis, but my mom had scleroderma so I may be dealing with some flareup related to that. If the swelling stops once I finish HCG, I’ll know. Still no idea why my estrogen went down on HCG. Supposed to go up.

@KSman how can I get my estrogen up while doing this restart?

I realize this is a problem that nobody ever has. But I need relief from this pain.

Your E2 levels are the balance of T–>E2 aromatization and clearance of E2 by the liver.

T+SHBG does not aromatize. Hard to expect that liver is clearing E2 to cause this.

If SHBG was high, TT could be exaggerated and FT levels might be quite low.

So that is the guessing game.

Transdermal T has the highest T–>E2 potential. If a higher strength T cream is applied to a smaller skin area, E2 levels are lower. Perhaps you need a combination delivery. But that is not a path to a restart.

Is EOD every other day straight across the board?
Or is it “Mon / Wed / Fri” like my doctor thinks.