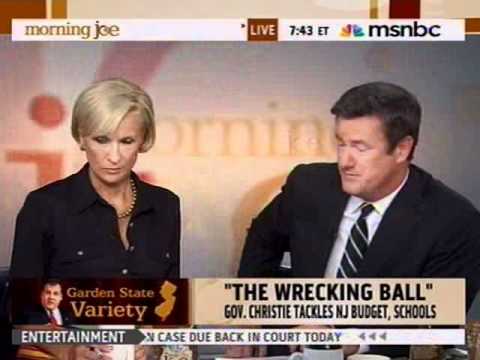 Gov. Christie is finally doing what his predecessor Jon Corzine was elected to do.

Jon Corzine was a former CEO of Goldman Sachs. He ran on his so-called ‘financial genius’ and promised to get NJ in fiscal shape. After he was elected, he turned into your typical mediocre politician and did ZERO for NJ. Total ZERO.

Yes, Christie is(was) unpopular with his massive cuts. I was even personally affected by them and ALMOST lost my job. Many people have lost their jobs.

But, its about time a NJ politician comes along that doesn’t cave-in to the unions and special interests. It’s about time someone gets rid of the waste. But, like he said, there’s still a lot of work to do.