Got in Trouble for Dropping the Weight

So I got in trouble at my gym for dropping clean and jerks today. Anyone have any success doing Oly stuff with an exaggerated eccentric portion? I have bumpers, I just have to set them down gently. Any advice would be appreciated.

Why are you getting in trouble for dropping bumper plates? That’s their entire point.

I do cleans at a regular gym with regular plates. As such, I only use weights that I know that I can catch on my thighs.

I have no idea how much you’re lifting, but doing a controlled drop onto your thighs would be the best bet, I think.

Well that’s kind of why I posted, I can’t figure out how to lower it without knocking the hell out of my legs or shoulders… I caught iit on my legs once and decided that sucked. Dude at the front desk said he was getting complaints which is bullshit. God.i.don’t want to join a CF gym!

I wouldn’t call myself an Olympic lifter, but I catch dozens of cleans a week on my legs. You’ll get used to it. Or save up $5-600 and buy a bar with bumpers, then train those lifts at home.

Why are you getting in trouble for dropping bumper plates? That’s their entire point.

That’s what I’m thinking, yeah. Unless you’re dropping it from locked out overhead, maybe? But even that’s a pretty common occurrence with bumpers. 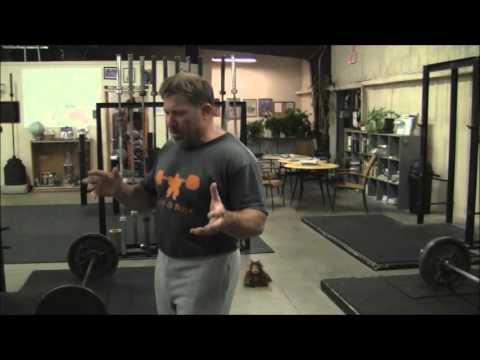 IF you have bumpers made in the last 10 years, you should be able to drop them.

A major benefit of Olympic style training for a non-competitors, is the lack of eccentric (lowering) part of the lift.

Find a new gym, and/or start training with a club. You will given full clearance for dropping anything over 30 kilos.

At the very least you have mine and Jon North’s (slam bars, and kill PRs) permission.

One thing you could do is just lower the weight and move the bar as fast as possible. It might seem boring, but if it’s not already part of your routine, bar speed work might be the best supplement to olympic lifts. It isn’t quite as satisfying as going heavy, but it will train your CNS to move ALL weights more efficiently, thus making you stronger.

The only reason I suggest this is because your gym is being stupid, and for that, I suggest finding a new one. If that isn’t possible any time soon, I would really just focus on bar speed. You can use ~60% of your 1RM which would definitely be a weight that you could lower easily.

That being said, bar speed work is just a supplement. Having some max effort (autoregulation) days is how I always made PRs with olympic lifts. Good luck bro