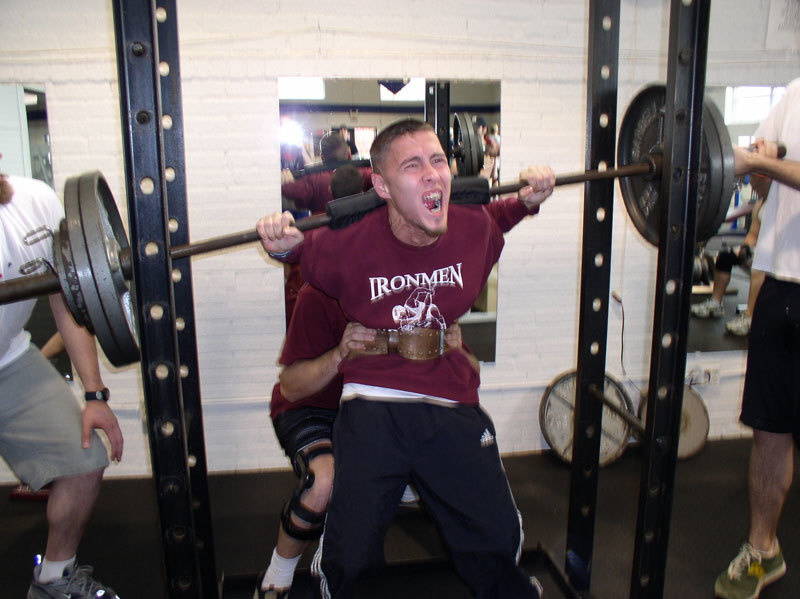 I like how one spotter is holding the bar and the guy on the other side is just chilling in the cut.

why do little people swear they can move more weight?

i like the look on the guys face as if hes saying"i jus shit my pants,get it off"!

Makes me feel good about my form, however imperfect it might be…

Where did you get this picture???

and he has the tampon on the bar…

[quote]chsbob wrote:
Kir Dog wrote:
Where did you get this picture???