My day started at exactly 12:00 last night. I turned 24 while making out with an absolutely adorable young lady (19) and continued well on till about 3:30 - 4:00 took a 3 hr or so nap and got up for work at around 6:00. Worked like a fuckin animal doing till 2:30 with not a single break. Slammed my 3rd mrp of the day on my way home, went over to my cut girls house and gave her a b-day boff then fell asleep for about half an hour. About to lift legs and shower on my what out to a 20 oz prime rib mashed potatoes and 3-5 heine’s. Then it off to tan, catch up with about 15 of my friends (including my little bro who just turned 21) and head off to the SLAMWHOO? BTW it’s my Birthday BIIIAAATCHES

Wide, I think your next long cycle should be with Deca only. At the rate you’re going, you’re gonna wear out your peanut whistle.

Some things to think about while you are out leading the life you do: You may catch a sexually transmitted disease! Perhaps you might impregnate one of your many girlfriends.

These are just two things to think about there are others. It’s fun to be young and single. Not so much fun to impregnate a woman unexpectedly. Even less fun to die a slow agonizing death young and single!

Other than that, happy birthday and many more to come, I hope.

Zeb is a party pooper!

Have fun when you’re young, dude.

If you have time to read this before the day ends, why not boff the lady again ? HAT TRICK!

Happy thanksgiving to all.

Wow your cool. I think its funny how some people feel the need to justify themselves by bragging about sexual escapades to total strangers on the internet. Hey man if you get chicks good for you, so do I but you dont hear me blabbing about it. I dont know what the hell happened to this site. It used to be full of friendly helpful intelligent people. Now it just seems like a bunch of newbies and arrogant juice heads that think they know everything

It depends on your definition of good. If you are shooting for new levels of hedonism, which can lead to the previously mentioned problems, then you have “done good”. 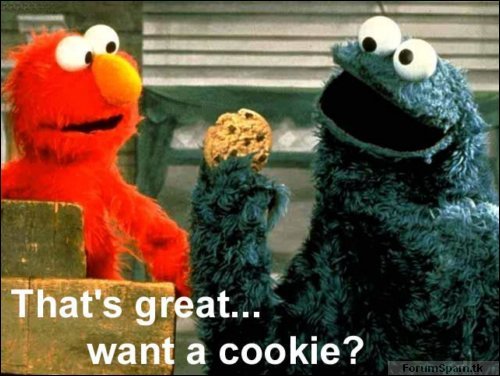 No no. Just kidding! I won’t judge you!

Sounds like a perfect birthday, Wideguy. Keep on living the life, brother.

If you guys have a problem with T-men discussing their sexual escapades, then the OT forum isn’t a good place to be. And this thread isn’t the time.

It was simply a post on how my b-day was going. Normally people would respond with things like “happy birthday”, “have fun”. That being said, I do understand and on a certain level appreciate what Zeb is saying. Had my post been on promiscuity/std’s ect. then I would have no place in telling Zeb to uck off. On the other hand MVP’s post really had no relevancy and sounded alot like just some hatin-ass-dickjaw who likes to ruin what was a lighthearted and happy post. I didn’t post anything here to brag. I was just in a real good mood having a great birthday and felt like sharing it with people who, while I don’t know, I believe I’d be freinds with if I had met them face to face. That’s all. Once again I hope everyone here has a nice thanksgiving:-) Excpet for you mvp I hope you get a chickenbone lodged in your throat and slowly choke to death:-)

I meant what I said about you having a great birthday. Even more important, I want you to have many many more. Sometimes a friend does not always tell you what you want to hear, but what he thinks you need to hear!

Congratulations on a Birthday well spent. The best thing about Birthdays is, that if you don’t have your own Jumper-Cables, Car Battery, Whipped Cream, a Midget clad head to toe in Latex and a Bucket of fried chicken you can count on a good buddy to get it for you as a gift.

I am a wee bit late here W-Guy but please accept my well wishes in lieu of the Chicken…besides, I would expect more outrage over “You ate the SKIN!?!?” than you doggin 'round on your Birthday…at least from those of us who have not mistaken “having” morals for thinking that we are “in charge” of them…

“Morals are private. Decency is public”

It’s okay to be an idiot when your young. You’re an idiot, but this is the time for it. Have a happy birthday, be careful, and enjoy yourself.

Would you be so aloof if you saw your best friend, unknowingly driving off a cliff? Would you not try to warn him? Perhaps you would feel like you did not want to take the “moral high ground” bye alerting him to the possible crash that is just ahead.

You are either going to take part in life, or you are going to sit on the sidelines accept everything and try to be as clever and glib as possible, and not draw any fire.

I think we have both chosen!

Please refrain from poking the bear with sharp sticks.

My first instinct is to lay down a “Cake Ass-Raping” as it has been so eloquently referred to. These are fun and entertaining for me as well as some (maybe many?) of my fellow forumites.

See, it’s the very argument that you are trying to start that is what’s wrong with my beloved T-Mag. The Blue Whales have invaded and they are PMS-ing, I had hoped that this disturbing trend would end and we (as a Nation) could get back to the witty banter and good-natured fun that used to be the rule around here instead of the exception.

Your problem, if you have one ( I am not a psychologist but I did pull down a SOLID C+ in Psyche 205) is that you are smart. So smart in fact that you have a need to demonstrate just how smart you are by being right as well. This results in you high jacking threads to suit your own message.

I appreciate the effort you obviously put into many of your posts but God Damn, please stop with the Jehovah Witness-like relentless pursuit of your own ideals, it’s O.K to have fun here - Honest.

So, no…no C.A.R for you and no fight either. I am too tired and disappointed to fling witticisms and cross metaphors. You will have to find your electronic battle to the death elsewhere.

No one has ever summed up the situation better than the long-missed MBE:

Back in the day on this here T-forum
When the subjects were few and a different decorum
There existed a monkey fucked up as could be
The infamous tagger known as MBE
The forum of past was a glorious place
Down with the T-freques
Not so up in da face
The overhaul came, 'twas aesthetically pleasing
The techies worked hard for to stop the screen freezing
Back to the story of T-forum woes
Where half the OT reads “All women are ho’s”
Some trolls cling to threads with malicious intent
Others just disappear as soon as they vent
Spelling and grammar seem to decay
Evidently pic posters are flamingly gay
Political battles help to fan the flame wars
But time-outs are taken to call bitches whores
The simplest post becomes all-controversial
While 'lil MBE just like the commercial
Where the sad Injun cries when he sees all the litter
The forum’s been trashed and now he’s just bitter
For that “Injun” remark he’ll most likely get hit
With a ton of PC sensitivity shit
Half of which will be pointless
Two-thirds quite misspelled
“Is creyatine safe?”
Oh just go to hell!
Now the newbies are dumber
The flaming is frantic
The questions moronic
The answers pedantic
So once upon a forum
And perhaps I am boasting
It seemed MBE was the only asshole posting
But he got some props and a little respect
Because he didn’t ask if Drano was cool to inject
This T-mag forum is a community
Most of the people as cool as can be
Sometimes we need a good 'ol rape 'n a pillage
But for fuck’s sake let’s not burn the whole village

Thank you for lending an eye,

Thanks for contributing ZEB.

Wideguy, nothing wrong with feeling good and wanting to pass on a good story. It’s always good to hear a “chalk one up for the good guys” story, as long as it doesn’t involve my sister.

To the toolbuckets who have negative things to say about having a good time…you have issues.