So I have a rickety, ghetto basement gym and only use 1-inch hole plates. When I started buying my own gear I was young and broke, so equipment from Walmart and Fitness Depot was all I could afford.

I have a pretty nice 1-inch barbell which has lovingly served me thus far, but it’s only rated for 250 pounds, and now that I’m regularly squatting and deadlifting above and beyond that, I’ve started noticing the bar is beginning to bend ever so slightly.

Before my bar warps to the point that the plates start sliding off, I’d like to get a new 1-inch bar so I don’t have to spend money on plates all over again (if I were to buy an Olympic bar). I had found a 1-inch bar last year that was rated for something like 1000 lb, but can’t remember who made it. Does anyone know of any 1-inch bars that’ll fit the bill?

I’d be tempted to go to home depot; buy pipe of a reasonable length with threaded ends; cap one;fill it with cement or epoxy or something; and cap the other.

Of course, this may also shatter and sever your head. 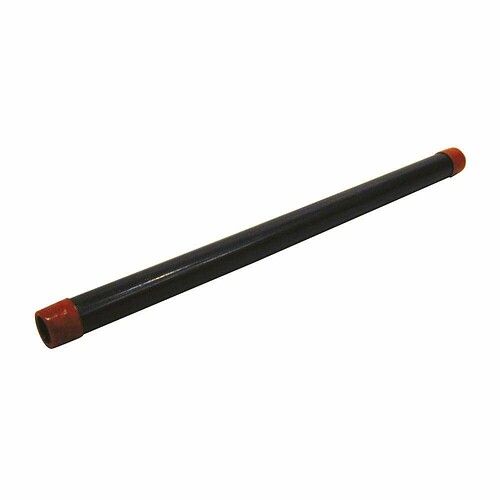 Black pipe is used for oil and gas applications only. Protective varnish coating to prevent oxidation. Threaded ends comply with ANSI B1.20.1 standards.

Just search for “standard barbell” they are everywhere.

I’ve never seen one with rotating sleeves though and if it’s a choice between saving cash on plates or saving my joints from the stress of lifting this bar, I’d be buying an Olympic barbell.

This is just a thought, but if your plates are cast you could have someone with a lathe or mill bore the hole in the plates to fit an Olympic bar. Your plate would lose a little weight but it would be very little.

How much plates do you have? By the time you are lifting 4-5hunnit I think the costs will work out that you may as well should’ve just grabbed a decent barbell

Over 400 lbs worth of plates. Obviously in hindsight it would’ve been smart to just buy the good stuff, but I was young and dumb and wanted what I could get immediately. Now I’m trying work work with what I have instead of starting from scratch.

Just search for “standard barbell” they are everywhere.

I feel like you misunderstood what he’s asking for. He’s saying that the sleeves are also 1", not just the grip area. His plates only have a 1" hole.

I seriously doubt that you did.

barbells that have 1" diameter ends are very unusual. They only get used in home gyms by non-serious lifters. Construction is generally poor. They’re almost never going to be rated for very much weight at all.

If I were you, I’d do some searching on craigslist and find someone selling a more standard weight set. standard barbell, standard sized plates. A lot of people out there buy all the equipment they need, and then never use it, and have to sell it for a deep discount just to get it out of their garage. You should be able to find a bar and a few hundred pounds of plates for around 300 bucks. Maybe you’ll luck into a decent bench/rack as well.

Most standard bars don’t have anything like a 1000lb capacity. You could always sell your standard plates & buy some olympic ones.

I feel like you misunderstood what he’s asking for. He’s saying that the sleeves are also 1", not just the grip area. His plates only have a 1" hole

Olympic Barbells have 2" sleeves. Standard Barbells have sleeves that are as wide as the bar. Googling standard is barbell does return lots of Olympic bars though.

I was in the exact position you were many years ago. Don’t keep persisting with it if you want to lift half decent weight. Best thing I did once I bent my standard 1 inch bar was sell all my pig iron for $1 per kg and find someone selling a heap of Oly plates for a similar price per kg. I managed to find some and picked up a cheap Oly bar that was ok until I bent it Deadlifting, but by then had saved enough for a good quality Oly bar that I still use now and I use the old bent one for Landmine stuff.

This isn’t an answer to your question, but it might be worth keeping the weights and getting these 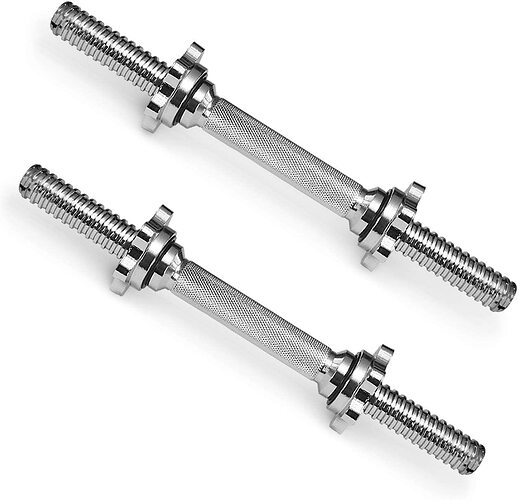