The Case Against Global-Warming Skepticism
There were good reasons for doubt, until now. 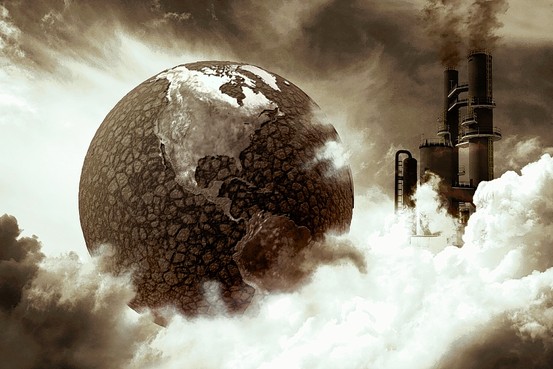 The Case Against Global-Warming Skepticism

Richard A. Muller writes in The Wall Street Journal Europe that there were good reasons for doubt, until the Berkeley Earth Surface Temperature Project came along.

Very biased article. They guy is writing about his own study and he repeatedly interjects that humans are causing it when that wasn’t even part of the study. There are still plenty of reasons to be skeptical.

[quote]Sloth wrote:
The Case Against Global-Warming Skepticism
There were good reasons for doubt, until now.

The Case Against Global-Warming Skepticism

Richard A. Muller writes in The Wall Street Journal Europe that there were good reasons for doubt, until the Berkeley Earth Surface Temperature Project came along.

I thought it was a good article. I don’t doubt the earth is in a warming phase. It has been warming and cooling itself for billions of years. What we don’t know is if the warming is an anomaly or not. Of about 3 billion years of this planet being habitable, we have about 130 years of data which is a microscopic amount. Do humans contribute to the environment? Sure, but so does every other living thing on the planet.
Will we continue to warm infinity and never cool? I doubt it. Like our own bodies, nature strives for homeostasis. Where it detects an anomaly it will fight extra hard to correct it. The earth is warmer than it was 50 years ago? Ok. I don’t think driving a prius will change that. Are sure we want to? I am not sure we want control over the environment, think how dangerous it would be if we really could.

I’ve felt for awhile that the biggest problem the global warming advocates have is the prescriptions given for treating the problem. They expect enormous sums of money to be spent, on ideas that all to often fail, which in the end putting people out of work, the nation deeper into debt, lowering economic growth. Our President’s administration is a good example of billions wasted for “green jobs”.

You don’t see him on the campaign trail highlighting his successful greens program helping the economy, because he is not able to. It doesn’t help either that many leaders for the GW movement make over the top claims in hopes of frightening people to fork over billions.

excerpt from the article:

"Skepticism has been increased by the actions of believers. Passage of the House cap-and-trade bill in June 2009 focused politicians and voters on the costs of global-warming religion. And disclosure of the Climategate emails in November 2009 showed how the clerisy was willing to distort evidence and suppress dissenting views in the interest of propagation of the faith.

We have seen how the United Nations agency whose authority we are supposed to respect took an item from an environmental activist group predicting that the Himalayan glaciers would melt in 2350 and predicted that the melting would take place in 2035. No sensible society would stake its economic future on the word of folks capable of such an error.

In recent years, we have seen how negative to 2% growth hurts many, many people, as compared to what happens with 3% to 7% growth. So we’re much less willing to adopt policies that will slow down growth not just for a few years but for the indefinite future.

Media, university and corporate elites still profess belief in global warming alarmism, but moves toward policies limiting carbon emissions have fizzled out, here and abroad. It looks like we’ll dodge the fate of the Millerites, the children’s crusaders and the Mahdi’s cavalrymen."

snippet of the article:

“Greens spend much of their time and money trying to make energy more expensive so that people will consume less of it or consume more of the ?right kind? ? expensive and inefficient energy produced by alternative sources like wind and solar power. This is an uphill battle and puts greens on the wrong side of politics more often than not. More expensive energy means fewer jobs and less freedom, and surprisingly large numbers of people object.
Energy efficiency is something else. People actually like lower energy bills ? and of course if people consume less energy there will be less pressure on the environment. If the green movement could bring itself to shift its own energy and commitment from Solyndra-type grand interventions to conservation and efficiency projects, the world would be a cleaner and greener place.
More efficient energy use won?t solve all the world?s problems, and it doesn?t satisfy the statist, anti-capitalist instincts of many environmental activists, but it offers the environmental movement its most promising route of advance under contemporary conditions.”

If global warming due to green house gasses is real, all we need to do is plant more trees (and other plants.) Animals take in oxygen, O2, and exhale CO2. Plants take in CO2 and expire oxygen. So more plants will reduce the CO2 levels. Simple. Even a fifth grader knows that.

Apparently politicians are NOT smarter than fifth grader.

The proposed solutions all establish huge new global financial trading systems in CO2 credits instead of addressing the problem. As far as I’m concerned, the whole global warming hysteria is just about making more profits for the financial systems.

It’s a sham created by Al Gore. There’s no legitimate science to back it up that hasn’t already been labeled as inherently flawed. When they can prove that it exists, I’ll believe it, but until then, I think it’s just part of the Earth’s natural cycle.

Yesterday, in what appears to have been a not particularly sweat-breaking research enterprise, blogger Don Surber at the Charleston Daily Mail demonstrated that the Richard Muller, a Berkley scientist who the Washington Post's Brad Plumer declared to...

To me it doesn’t even matter if it’s man-made or natural. I like what the non-extremist element of the “movement” entails, which is the mentality that we should care about our planet instead of treating it like some dump where we can consume and pollute it to no end.

No I don’t prescribe we mandate everyone to buy a Prius or start taking public transport but energy efficient cars, homes, whatever are the future.

This study is yet another example of the gross dishonesty of the warming zealots. Instead of following the peer review process the study has been released prematurely in order to influence policy. Even people who are listed as contributors to the study are saying it makes conclusions that they don’t agree with. The graph that supposedly lays the argument to rest, conveniently leaves out the last decade which shows no change. Here is an excerpt from an article article that is revealing as to just how dishonest this study is. Scientist who said climate change sceptics had been proved wrong accused of...

DAVID ROSE: Professor Richard Muller (pictured) claimed to have shown that the planet has warmed by almost a degree centigrade since 1950 and is warming continually.

"Prof Muller also wrote an article for the Wall Street Journal. It was here, under the headline ?The case against global warming scepticism?, that he proclaimed ?there were good reasons for doubt until now?.
Media storm: Prof Muller’s claims received uncritical coverage in the media this week

This, too, went around the world, with The Economist, among many others, stating there was now ?little room for doubt?.

?Of course this isn?t the end of scepticism,? she said. ?To say that is the biggest mistake he [Prof Muller] has made. When I saw he was saying that I just thought, ?Oh my God?.?

In fact, she added, in the wake of the unexpected global warming standstill, many climate scientists who had previously rejected sceptics? arguments were now taking them much more seriously.

"Yesterday Prof Muller insisted that neither his claims that there has not been a standstill, nor the graph, were misleading because the project had made its raw data available on its website, enabling others to draw their own graphs.

However, he admitted it was true that the BEST data suggested that world temperatures have not risen for about 13 years. But in his view, this might not be ?statistically significant?, although, he added, it was equally possible that it was ? a statement which left other scientists mystified.

?I am baffled as to what he?s trying to do,? Prof Curry said.

Prof Ross McKittrick, a climate statistics expert from Guelph University in Ontario, added: ?You don?t look for statistically significant evidence of a standstill.

?You look for statistically significant evidence of change.?"