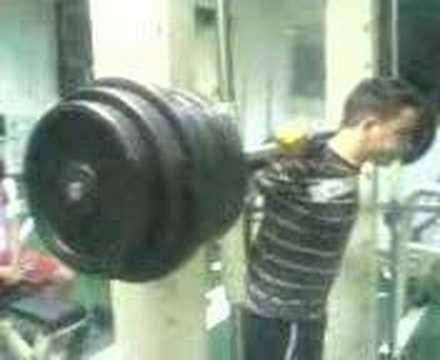 Really seems to be a retard. Hope is fine though.

He looks like he has a bunch of 25s on there, how much could there possibly be?

That hilarious! But I woulda been pissed if I was lifting in that gym next to him.

[quote]PHGN wrote:
Really seems to be a retard. Hope is fine though.[/quote]

PHGN, I probably stared at ur avatar for about 3 minutes.

Anyone ever see this one: 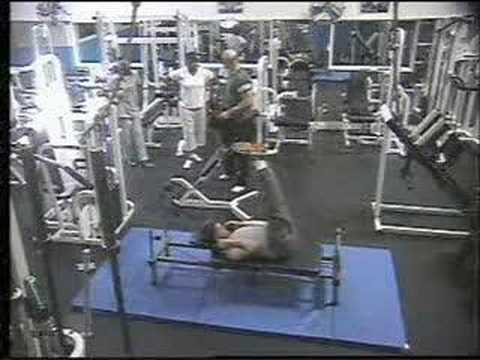 I think they call that exercise a standing guillotine.

That video should be in Gentilcore and Cressey’s articles that preach against “mobility without stability.”

220kg. At least that’s what the same video under a different title states.

I’ve heard people who look like him bragging about squatting that much. Mostly high school kids. Looks like someone made him prove it, something I’ve always wanted to do

[quote]conwict wrote:
I’ve heard people who look like him bragging about squatting that much. Mostly high school kids. Looks like someone made him prove it, something I’ve always wanted to do :)[/quote]

heh the one time i saw someone call another person out who was not that big, he shut him up. If they can do it and are called out they will, if they can’t they will make an excuse simple as that.

Unless they truly have no knowledge of how much they’re bullshitting. A kid might hear all his friends claiming 300 pound bench press in the locker room, and make up a number, if he is grossly inexperienced. Call him out on it and he might just be stupid enough to give it a try.

Sadly, yes. Lots of people just don’t realize how much easier it is to use the smith (or how much less you get out of it). It basically turns the squat into a full body leg press. You don’t even have to worry about keeping vertical! You can freaking lean into it and get the optimum angle, practically taking the torso out completely.

Didja read the comments underneath?
“Now he looks like a clam” HAHAHAHAHAH!!!

sorry,… uh,… I hope that young man is okay 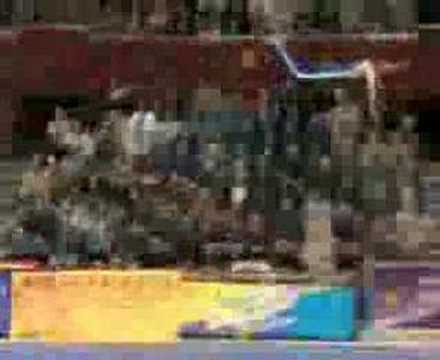 Check this out, I didnt realize what happened at first, the spring board breaks and flies up a LOT more than it should.

pretty sure that last one’s a commercial.