Funny Pics You Have to Love

Everyone has to love these.

I lol’d that you said that. Not the picture though.

There’s nothing like a lame, 20-year-old Yakov Smirnoff reference…

This one is my favorite

In Soviet Russia, President assassinates YOU!

Whoever made it fucked it up.

Except someone who would actually KNOW that, VADER.

This picture makes me die laughing all the time.

So what is the fasination with Arnolds height? I dont get it

This picture makes me die laughing all the time.[/quote]

That is pretty funny lmao

Except someone who would actually KNOW that, VADER.[/quote]

Except someone who would actually KNOW that, VADER.

Your age is showing.

This picture makes me die laughing all the time.[/quote]

HAHAHA I love that one. I had a dog that used to do that

This goat is the shit. 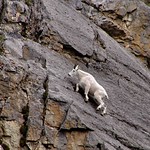 No idea, but 10 pages of Arnold as a midget with an extra tall hairdo had me rolling.

It’s been said that some of his official stats were exaggerated during his bodybuilding career (especially his height and arm measurements).

Also, you must’ve heard about the Hollywood stereotype of male actors lying about their height, and that they always look shorter in real life than on screen (Arnie, Stallone, Mel Gibson and Van Damme have all been accused of this at some point).