Aaand time to summon the dark side…

The Professor X Meme Off Topic

[image] Waylander’s recent post in the T-Cell reminded me that there used to be a fella on this site who posted – every so often – under the screen name Professor X. Due to various forum shenanigans that unfolded entirely beyond his control, he has apparently felt the need for an extended hiatus from this web site, leaving us without the guru we turned to so many times for all things related not only to bodybuilding… but for just being all-around likeable, too. Unfortunately, along with the u…

(…when he threatens to pull out his crayons things are getting serious!)

(…when he threatens to pull out his crayons things are getting serious!)

“You need to eat,get a cheeseburger on the way to the gym”

Ive been training on and off for years. Ive developed and ok physique. However ive always feelt demotivated. Mostly because of how incredibly poorly shaped my pecs. Its almost like 40% of the muscle coverage is missing, the insertions just look bad and totally throws off an otherwise decent the appearance. It looks like muscle is missing middle and the upper part. What do you guys think. Is it as bad as I think or am I just being to appearance fixated? Be honest.

Credit to @lord_humongous for the thread bump.

This thread is gold. Where the fuck have I been?

Also, fwiw duke was totally not in the wrong for the flame war with wintergirl. It was obviously a troll account that he just trolled back. And if she wasnt a troll then that’s even worse lol.

Also, fwiw duke was totally not in the wrong for the flame war with wintergirl.

Not in the wrong for once lol. I’ll probs get flamed for saying this but just because they’re a girl doesnt exclude them from being flamed for acting like a dumb fuck/Troll. Its not bullying. IMHO no one would scream “Bullying” if it was a dude.

Aaand time to summon the dark side…

Seriously? Like him or not, taking his pictures with his face visible and turning them into memes is pretty disgusting. Some of the most pathetic acts from keyboard warriors I’ve seen.

You guys whine about the parts of PC culture that involves mob justice and public shaming? Don’t blame the millennials. It all started with shit like this.

To be fair, the thread was started in (what was supposed to be) light-hearted fun, and used the picture he put on here himself as his profile picture. But then ass holes ruined it like everything else

Yeah I agree it seems to have started and ended like you described. Doesn’t change the fact that the latter happened. I also don’t think PX’s original intent of posting his profile pic was for, nor did he imply any consent to it being used as a meme.

Grown men should understand these things. Argue, hurl profanities, whatever go fucking nuts. But like it’s an unspoken rule that you don’t, for example, bring up someone’s family, you also don’t do stupid shit like this which can have an effect on people in real life.

I Don't Warm Up, I Don't Stretch Bigger Stronger Leaner

I don’t warm up, I don’t stretch. I just go hard. I haven’t for 9 months now. Injuries: 0 Pukes: 0 Performance each session: matched or improved from previous session. Creatures evolved to not need a warm up when a predator was chasing or fighting them, how could they? Do you think deer get to warm up at all before a mountain lion attacks. Do you see lions warm up before they attack? As far as stretching, the literature that changed my mind is a review called “Quite a Stretch,” which says …

Should I Do More Sets? Bigger Stronger Leaner

Hi, Currently I’m doing 3 sets to 75% of failure, 3 times a week. I do full body workouts and one gym session lasts about 40 minutes. Will increasing the amount of sets from 3 to let’s say 5 and still do each set close to failure give me better results? Regardless, I am applying progressive overload by either increasing the load or reps. Will more sets close to failure build more muscle faster than 3 sets to near failure? Or is it enough to do 3 sets to near failure? I would be progressively…

Lmao some good shit in that thread! With no disrespect to the OP this had me in stitches!

Should I Do More Sets?

I don’t go to the gym to workout. I use a duffel bag in which I add weights. As mentioned before for biceps for example I am lifting 40 KG kilograms (not LBS but kilograms). I lift this with one hand for 12 reps to failure. I wouldn’t call that weak and I am not small. By that I mean I look muscular. At my heaviest, 6 years ago I was using 50 KG. For legs and chest I put the bag on my back and do squats and pushups.

Should I Do More Sets?

I am not squatting less weight than what I lift for biceps. When squatting I have 35 kg on my back plus my entire body weight. That’s a total of 140 KG. Which is more than the 40 KG I use for biceps

I recently started noticing my abs protruding especially my upper abs. I have always had a pectus excavatum, so my ribcage is pushing outward a little bit. But a few years ago when I was just starting to lift, it wasn’t as pronounced as now. I am at a fairly low bf I’d say in a range of 9-12%. I do abs once in one or two weeks, but I go heavy (weighted hanging leg raises, ab pulldown, etc). My sodium intake has also been fairly high 2700-3000 mg on average every day since I am currently getting…

Ooh another goodie… featuring OP’s pictures getting jacked of to, OP getting roasted alot + Birth of “The crew”

don’t want a random dude on the internet jacking off to my pic ya know.

LOL… Thank you for allowing me to manipulate you into a response. Pretty much just conformed everything I suspected…

I’m part of a crew now. Alright. Can we go do a 500 million heist or something?

That logic though:
“My abs are protruding, can anyone help me?”
“Can we see your abs?”
“No!”

@duketheslaya I feel honored you included me…
Yeah even though I really have only done it to one other person on here before and I was in asshole mode , plus i had my reasons. 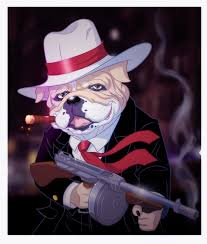 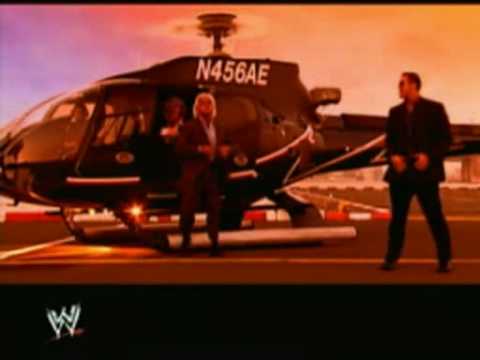 Damn I am honored that my thread is featured here

Its the first step to joining the crew, good luck

How Big a Deal Is a Night of Lost Sleep? Bigger Stronger Leaner

I usually grave my sleep schedule nailed down. In the summer, I sleep at least 8 hours the nights before training days and the other days I sleep 9 up to 11 hours. I’m currently eating 3,300 kcal a day with the goal of putting on mass. However, tonight a friend of mine will have a party at his place and I’m not sure I will be able to sleep much if at all. So since I’m a bit of a paranoid, here’s my question: how big a deal is it if I only sleep 2-3 hours or even worse don’t sleep at all for on…

Oh my God guys, last night was so crazy. I had sex with SO many poptarts.

i’ll waste no more time in this thread, as i got my answers and even more

What if you get invited to another social event and need internet strangers’ permission to attend? There’s no point starting a new thread every time you want to snort a line of Pop-Tart crumbs off some girl’s tits so you may as well keep this one open.

Sorry I can’t give you any input here. I’ve been running on Marlboros and cocaine for the last 18 hours and some strippers are about to eat a stack of poptarts off of my dick. Hope it all work out for you OP!

Probably my 3rd favorite thread of this year

This thread was great

Okay! This was some funny shit!