Free Speech Now and in 2050 (Without Partisan Arguments)

Just wanted to discuss these topics in a civil non trolley way, ideally with fair minded articles about specific examples.

Not limited to the first amendment and the US or government vs private censorship. It seems like Europe is moving faster on all of this. And of course China vs Hong Kong, Venezuela and Iran are happening right now.

What’s your opinion of freedom of expression in the world right now vs your personal ideal? What will it look like in 2050, better or worse?

First article about Merkel. Not sure if ‘voice of Europe’ is right wing. Couldn’t find many left leaning articles about it.

The new law targets independent media outlets and populist politiicans who dare to speak about the devastating effects that Merkel’s pro-mass migration policies continue to have on Germany and Europe.

Thanks to the law, some Germans have been hit with charges of hate speech for pointing out migrant rape statistics, migrant unemployment rates, and other facts that leftists would rather ignore.

In late September, the upper chamber of the German parliament, the Bundesrat, took another step to limit freedom of expression with the proposal for a law that if passed, would see any kind of denigration of the EU flag and anthem banned." 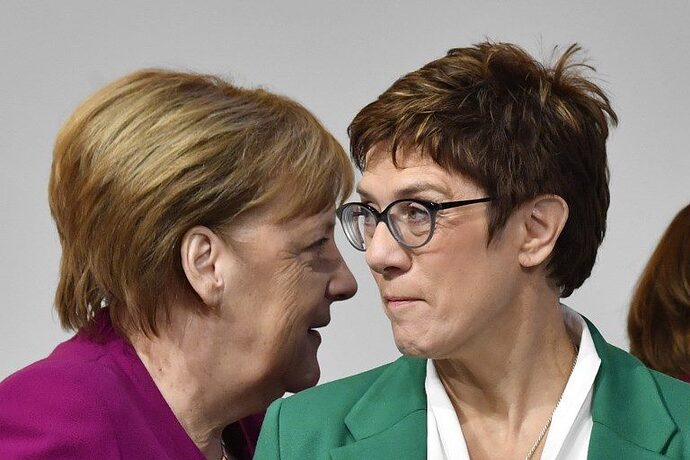 Annegret Kramp-Karrenbauer later tries to downplay her comments, saying it is 'ridiculous to insinuate that I want to regulate expressions of opinion'

What’s your opinion of freedom of expression in the world right now vs your personal ideal?

I think the US still has a solid approach, and will most likely maintain it indefinitely. Government can’t put you in jail or fine you for saying something stupid, but the court of public opinion can ruin you. I primarily enjoy it because I enjoy seeing people who didn’t pay attention in high school civics class yelling “Where is my freedom of speech!” when bad things happen to them for saying things people disagree with.

I cannot speak for the rest of the world, and as much as I’d wish a similar system to all, if nothing else, it’s helpful to have those other examples in order to maintain perspective.

Count on the left to lead the charge regarding what constitutes “hate speech” as they’re increasingly becoming more unhinged, psychotic, absurd and vying for gold in virtue signaling lunacy and the oppression olympics.

unhinged, psychotic, absurd and vying for gold in virtue signaling lunacy and the oppression olympics.

Well done. We made it to post # 3. I do agree that hate speech laws will be used as a club against political opponents (which is included in the first stories about Merkel). We’re also seeing this in the UK. But turn down the flamethrower a bit man.

I always say this in regards to more laws regardless which side you’re on “that same law will Exist when the opposition is in power.”

I’d prefer everyone going around saying what they want and hear crap I don’t like than the alternative.

What’s your opinion of freedom of expression in the world right now vs your personal ideal?

. I primarily enjoy it because I enjoy seeing people who didn’t pay attention in high school civics class yelling “Where is my freedom of speech!” when bad things happen to them for saying things people disagree with.

I think this goes misses a lot. Because you CAN say it doesn’t mean anyone else will agree. I’ve heard ppl say “my boss can’t stop me from saying what I want I have freedom of speech.”

Actually you sold your time to them and if you’re saying something they don’t like they can fire you if you don’t stop. In my state they don’t have to have a reason even.

Merkel is not from the left you uneducated hillbilly.

All the other “democratic” western governments pontificate that they have free speech, but when push comes to shove its not constitutionally enshrined, and open to major abuse by the government of the day.
Only the USA as far as I know has free speech. Those founding fathers were smart guys, building in citizen rights to legally prevent abuse the of the people by their own government.

She’s in a supposedly centre-right party, but her immigration policy appears very left wing. But then again it could be a part of broader EU economic conspiracy for all of Europe. Whatever the motivation its a negative policy for the majority of Europeans.

I think what saves both sides left and right from spreading misinformation or simply omitting certain facts is that the press is named in the constitution.

I think this is a good thing overall however if a new organization spreads a false story for 6 months hammering it and it’s disproven they can simply print a small retraction bury it and move on. I say spend as much time on the retraction and you did on the false story.

From a government perspective I see no cause for alarm. Free speech will remain intact in the USA. Even if local governments pass hate speech laws a la Europe I don’t see those holding up to any legal challenges.

Social limits on what’s acceptable to say will change all of the time, just as they always have. I was born in 1980 in rural Indiana and the word “nigger” was just falling out of fashion in that place and time. You still heard it a lot, but people were starting to raise eyebrows or speak up when the term got thrown around. I haven’t been back recently, but by the time I graduated HS in 1998 you could count on being ostracized if you were an open racist.

The good news is that I’m still free to go around calling everyone I see a nigger, if I so choose. The government won’t lock me up for that.

I’ve ruffled feathers in my social circles by taking the stance that trans athletes shouldn’t compete with women and that immigration tied to extensive state benefits is a bad policy. This has earned me accusations of transphobia and racism, so I imagine the person disagreeing with me might consider my words “hate speech”. My words probably had consequences for me in some shape or form, but I’m fine with speaking my opinion and dealing with those consequences, which probably mean a few more people don’t like me now and won’t be offering me a job at their start-up weed business.

The good news is that I’m still free to go around calling everyone I see a nigger, if I so choose. The government won’t lock me up for that.

Fine. You’re right. Just irks me the way they act. But not trolling. 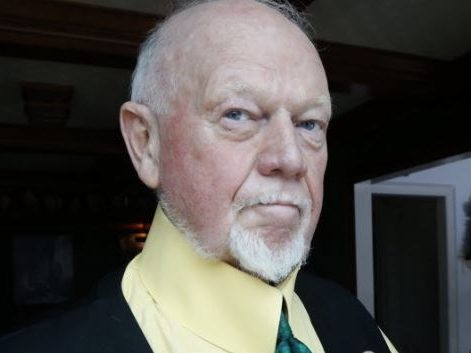 'I MEANT IT': Don Cherry fired over controversial poppy comment

Don Cherry says he has been fired from Hockey Night in Canada by Sportsnet.

I almost started a thread about this a few weeks ago, and now I realize Gainz (sort of) beat me to it.

What happened is that long time Canadian Hockey commentator Don Cherry was remarking how few people who look like visible minorities wear poppies on Remembrance day. (Remembrance Day is British Commonwealth Veterans’ Day. There was a poem written in WW1 about the poppies in Flanders fields where war dead were buried).

I hadn’t around the time period looked very hard at the people in whatever were in my surroundings, and even though Cherry has spent years being a professional loudmouth I actually take it that that was his personal anecdotal observation.

One theory I have if Cherry’s observation is actually statistically correct is that some veterans of let’s WW2 might have decades ago told a hippy or Homosexual or some visible immigrants that they didn’t fight the war to save them being in our society.

Dicey theory I have, but if some segments of society were to be ostracized by such a thing it might sour their motivation to put a few coins in the box and wear a symbol of support of freedoms fought for.

Sure, I’ll bite. Let’s go down whatever rabbit hole of semantic quibbling and hair-splitting you feel like pursuing. It is, after all, pertinent to the thread.

You’re saying that a person can be locked up for insulting someone else with the term “n*****”, somewhere in the USA on “Breach of Peace” charges?

When did this take place?

Breach of Peace is one of those tricky laws where the cops can get you on anything they want if the feel like it at the time. At least in the US the terms are better defined, so it can’t be abused by police without justifying the reasons.

I have seen plenty of incidents in Australia, where cops have moved along or detained individuals who weren’t breaking the law, but their mere presence “could” cause others to be violent or assault them. Its a really nebulous law down here.

Lots of people in the UK have been visited by police for making posts on the internet, that someone complained was homophobic, transphobic etc. Not technically breaking any laws, but the police came around for thought crimes anyway just to intimidate someone with a politically incorrect views.

Less likely to happen in the USA because you rights for freedom of speech are clearly defined.

Not sure if ‘voice of Europe’ is right wing.

It is, very much. More of a propaganda website than a real source of news. That’s not to say that there’s no legitimate debate about German and European efforts to limit hate speech though. What’s going on in Germany right now is that lawmakers are simply trying to find a way to enforce the same laws that have existed for a long time against sedition and incitement of crimes in everyday life in online communication as well.

I’m not saying it’s right but it can happen. Especially given that racial slurs can be considered fighting words. Besides disturbing the peace there is disorderly conduct.

some Germans have been hit with charges of hate speech for pointing out migrant rape statistics, migrant unemployment rates

That’s kind of where this goes for me. I know Europeans don’t have speech protections like we do in Murika, would like to here from more “foreigners” @loppar.

But if people really have been jailed for pointing out stone cold sober facts. Like that the migrants commit crimes at higher rates or that they have different rates of unemployment… that’s not hate speech. That’s just people in power controlling the conversation by making opposing viewpoints illegal.

Like that doofus in the UK who was jailed for videotaping the convicted rapists leaving court. IIRC he was a pretty bad guy. But standing in a public place and taking video is a crime…? it’s just weird to see from over here. Seems like 1984.

We have antifa and proud boys counter demonstrating all saying nasty nonsense and nobody gets arrested till the violence starts.