After a time away I decided to return to T Nation in a more active form. Now my memory might no be as truthful as it once was but it certainly seems like this site has significantly less traffic then I remember. I initially joined in 2010 and even for a couple of years I remember constant steady traffic. New threads in every sub forum pretty much every day. A lot more dialogue taking place. So many awesome regulars. Seems like hardly anyone is here anymore. Really tragic and unfortunate this place was pretty special and awesome back in the day. So much insight and hilarious shenanigans. Such is the way of life I suppose. But am I right? This placed has seriously lost a lot of traffic correct?

All forums have. Forums are a dying medium in light of social media.

Are you speaking of instagram, snapchat and all those other vanity trash ego driven bullshit apps. There were some seriously awesome discussions here. People who I actually were eager to read their posts either because of how informative or hilarious they were.

Like that rogue vampire thread which just popped up. That whole debacle killed me. Or when professor x had like a 20 plus page thread that was full of memes satirizing him.

Or when that chick banged that dude on here and put all that out in the open.

Ok I might have to retract the informative part but the hilarious part is still true.

What a loss if what you say is true. I honestly blamed it on the lay out change haha. I hated it.

I used to like a lot of those shenanigans too, but they’ve tightened up on all of that.

It’s probably hard to project a serious image with all of that happening on the forums.

Fwiw- the BB forum has taken off with some really good contest preps. They’re cultivating quite a crew of competitive (and winning) drug free pro- card winning BB’rs.

Curse social media in all its forms!

Or when that chick banged that dude on here and put all that out in the open.

Also we need more of this…

The political threads are really busy but most other topic sections are quite sparse with little discussion going on.
Edit: Training logs are busy as well obviously.

The competitions in Bigger Stronger Leaner are what pulled me in from lurking. I’m far to novice to win. But I can at least compete.

The population here is great. The people that tend to stick around are working adults with real lives who actually get results with their lifting. The logs prove that out.

Also the steroid forum is jam packed, but that’s not for me. Hopefully I can dodge TRT later on. Good to know it’s there though.

This placed has seriously lost a lot of traffic correct?

Speaking as someone who sees behind the curtain and can view site statistics, no, not correct.

Occasionally a thread with this sentiment comes up, that the forum is slowing down or dropping off or dying and while it’s definitely true that social media has taken the chunk of “the discussion forum market” in recent years, in every measurable way - new members joining, total daily posts, new threads started, pretty much whatever - we’re on an upswing (yes, even with the site redesign).

Some forum categories are more active than others and some specific members/forum vets come and go, but overall, we’re in a good place. I’ve always said that the forum is what the members make of it. Those challenge threads are member-created. The bodybuilding prep threads are member journals. If you want to to have an awesome forum, post more and create one instead of taking 6 months off between posting.

this place was pretty special and awesome back in the day

For the record… still is.

[quote=“hugh_gilly, post:6, topic:228060”]
most other topic sections are quite sparse with little discussion going on.[/quote]
Not trying to single you out, but there are a bunch of active threads in just about every section. I’d suggest you might have more of a case for saying “I don’t see any threads that I want to post in”, rather than “I don’t see any threads with discussion going on.” There’s a difference.

The man, the myth, the legend. Chris Colucci himself comes to defend T-Nation’s honor.

Anyone can find out a websites traffic and stats. Now I haven’t looked at the stats for the site but you don’t have to. There is a stark contrast between now and a few short years ago. The powerful women forum had a bunch of regular posters and I look there now and its practically dead. The combat forum also used to be super active. Now hardly any discussion. There used to be a lot of buzz anytime a UFC fight card came around. I always used to drop by just to see what some of the regulars thought about the card. Same thing with the pharma and off topic forums. Now the body building forum does have a solid core group of guys who are very active. There are several threads over there I thoroughly enjoyed. Like Brickheads competition prep thread or any of the other very comprehensive prep threads there. But over all I still feel like there is not as much traffic. Still a great place. Hence why I am here posting and still reading.

For the record…I still think its special and awesome. Just not as awesome or special as it used to be.

Really not looking for a debate. Just wanted to express my opinion and see if others out there felt the same. Clearly some do and some don’t .

As far as the site redesign. Still don’t like it. Its certainly superior in the sense that it is much more ergonomic and has significantly more features and options. But I am a sentimental bastard and I loved the black background and red font.

Edit: By the way you certainly have good grasp on how to use the site. How do you quote multiple people in one response? Haha.

They were great weren’t they. Crackdown was inevitable though.

The political threads are still kinda busy. Didn’t really enjoy the discourse over there. Too serious and not a lot of mutual dialogue. Some of those posters were really at your throat. Still read a lot of them. It was interesting learning the political views of someone you knew one way in another part of the forum.

[quote=“oglebee, post:9, topic:228060”]
Chris Colucci himself comes to defend T-Nation’s honor.[/quote]
I’m actually just doing my job. That “Forum Director” title isn’t some random avatar addition I stumbled on to. It’s what I do here.

Anyone can find out a websites traffic and stats.

I sincerely doubt “anyone” can find out how many new members joined the forum last week, or track how many new threads or posts were made in the last 30 days, or see how the time it takes for a new thread to get its first reply is decreasing, or any number of Admin-level statistics that indicate forum activity more specifically than general site traffic.

There used to be a lot of buzz anytime a UFC fight card came around. I always used to drop by just to see what some of the regulars thought about the card.

Along that line, will you be starting a thread in Combat to discuss this weekend’s UFC 210?

Really not looking for a debate. Just wanted to express my opinion and see if others out there felt the same.

That’s part of it. You also literally asked “But am I right? This placed has seriously lost a lot of traffic correct?”

And I’m saying no, the forum has not lost traffic. That’s a concrete, numerical fact.

By the way you certainly have good grasp on how to use the site. How do you quote multiple people in one response?

Manually, highlighting the text you want to quote from each person and pasting it in your text box.

Looks pretty popular to me: 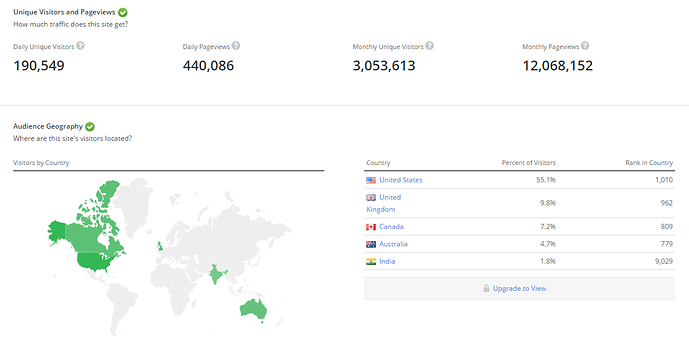 Northern Ireland… But not Southern. Odd.

I would be very surprised if new membership, and traffic increases weren’t because of t-nation’s social media push.

I think the site should change or get rid of the tribal “T” symbol as well.

I was a lurker on T Nation for a couple years and have been more active in the forums for probably the last 4 years. I would say it may have changed a bit. The off topic area seems to maybe have less traffic.

I think this site is still f’ing amazing - an area I have gotten more into reading lately is the training log forum (partially because I decided to start one myself).

This is awesome resource, a great read, moivativing, sometimes depressing when it comes to reading about someone’s struggles, exciting, all kinds of stuff. I love this sub-forum. I didn’t really pay it much attention before. It’s EXTREMELY active.

Things need to evolve and adapt and T Nation is no different. When the forum changed its look I didn’t like it at first because humans hate change mostly. Now I really like it.

One issue these days is that there are no good article discussions going on anymore. A mod told me a few years ago that a lot of authors got their feelings hurt from article comments and so they moved them to facebook. All of the old article comments are gone now and there were some great discussions on some of them.

When I went to comment on the perfect pushup article, this is where I ended up: 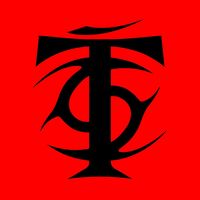 I have no idea where that article discussion is. I suppose I can post a comment that no one else will be able to find either.

Also the site went virtually mod free for several years and that seemed to be when we got the best discussions.

You used to see the top 10 recent posts regardless of forum as soon as you got on the site. Now I guess it is best to pick a forum and stick with it.

Also it used to be easy to look up old threads and sometimes rejuvenate them.

I also prefer not to have thread titles edited. The editing usually gets away from the real issue that I want to present. We should have writer’s license on thread titles.

I personally prefer this format to anything social media has to offer.

I hate to say it, but Reddit is full of know-it-alls and people who think they’re better than you. You can post things and just get down voted and called an idiot constantly.

These types of forums seen far more specific, so people usually have to find them and when they do they’re a little bit more chill.

At least that’s my two cents on it

X2 a rebrand is needed on the logo

I joined T Nation forums BECAUSE of facebook. I even started my own log here(no traffic to it yet). not sure if that is relevant but im brand new and fast becoming a fan.