The manufacturer of the rechargeable Karma auto informed 160 workers of the layoffs coming to the Anaheim, California-based company. Fisker was said to have employed 200 before this week’s announcement.

This is only the latest blow to the “green” auto company. Only last month, the company’s name-sake, Henrik Fisker, resigned over “unspecified” disagreements with other executives and the company stopped production of its cars after its lithium-ion battery supplier declared bankruptcy.

The battery company, A123 Systems Inc., declared bankruptcy in October of last year, despite the millions in tax dollars pumped into the company by President Obama’s administration.

According to Bloomberg, Fisker has retained the services of Kirkland & Ellis LLP to explore a restructuring of the company.

On April 4, Fisker board member Ray Lane resigned as the Chairman of Hewlett-Packard only weeks after narrowly avoiding being ousted by a vote of shareholders at HP’s annual meeting. Lane was accused of mismanaging the $13.1 billion acquisition deal of Autonomy Corp. in 2011, a deal that eventually sent HP’s stock tumbling.

Insiders feel that with such mismanagement already on his resume, it might not be long before Lane is ousted at Fisker as well. Insiders also believe that Fisker will soon declare bankruptcy.

Fisker Automotive is funded by a venture capital outfit whose partners include former Vice President and green guru Al Gore. The company was the recipient of a half billion dollars in federal loans issued by the Obama administration. But even with the millions in federal backing, Fisker sparked controversy by making plans to manufacture its cars in Finland in 2011.

Spokesmen for Delaware’s Democrat Governor Jack Markell, where one Fisker plant was planned to begin manufacturing, expressed disappointment over the layoffs.

“We have been closely monitoring the companyâ??s situation and are disheartened to learn that Fisker intends to lay off most of its remaining workforce,” said Markell spokeswoman, Cathy Rossi. “This does not bode well for a company that, at one point, had the potential to produce a cutting-edge clean technology vehicle in Delaware. But without a battery supplier and without access to hundreds of millions in capital from the U.S. Department of Energy, Fisker is in a difficult position.” 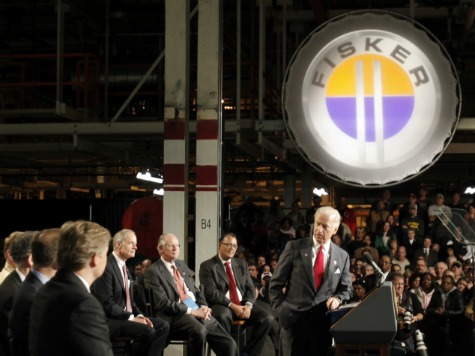 Fisker Automotive, Inc., the much celebrated maker of luxury electric cars, has announced that it is firing 80% of its employees after failing to finalize an investment deal.