Hi guys, just about to start my first cycle and hopefully put on some good mass while its too cold for t-shirts. Since this is my first cycle i want to keep things simple and use:

My reasoning behind the nolva dosage are twofold:

1/ I am very gyno prone (still have pubertal gyno - dammit) so obvoiusly i dont want to take any chances.

2/ I figured that since the half life of test e is about 6/7 days, a first week of nolva is unnessecary. However for pct is 2 weeks of nolva enough, or would some clomid/hcg help me recover? Ive seen so many over-complicated cycles, i thought i’d keep it simple.

I’ll be injecting myself, and although i was very tempted by a d-bol only cycle i figured why do things half assed and just do it properly. Since i hate needles i’ll try my best to inject 2 x 250mg test ew, but its not too bad if i cant manage that right? As i said, ill do my damn best to, whats a bit of pain anyway?

What im looking for really is just some acknowlagement that i’m on the right track for a decent first cycle. Any pointers or advice would be great, but then if you think im good to go then please say. First cycle worries im sure. Im pretty sure my routine is ok, i’ve read so bloody much it better be!

Cheers for any help.

It looks good but if you ask me you should be shooting 125mg every other day. That would help with the possible gyno flare up. Don’t ask me to explain how, but shooting more often helps control the side effects. If that’s too much for you then start the nolva in the first week because despite the supposed half-life, test-e starts metabolizing very quickly.

Also, I doubt you will need to go into the 40mg range during the cycle. You should only do that if you start to notice side effects.

I would also suggest that you run the PCT as long as it takes for your balls to be nice and big, also when your libido gets high you’ll know you are ok. Two weeks probably isn’t enough, but you’ll be ok if you just play it by ear.

with test e i usually just split it up to two injections a week and i am also very prone to high estrogen and gyno. I might maybe recommend adex during the cycle then some nolva and either clomid or hcg for pct.

but diana bolann is right you def want to lengthen that pct 2 weeks is too short. Also start the pct one or two weeks after your last injection. Also if you have the dbol why not throw it in there for the first 4 weeks for a nice jumpstart. good luck

You’re on the right track, but we need to adjust and change a few things.

TESTOSTERONE DOSE AND DURATION:
Looks great for a first cycle, both with choice of steroid and length of use - 2 bottles at 250mg/ml and you’re set. As far as the injects go, I understand your fear, but really once you start doing them - it’s no big deal, and you will be fine with it. I’d stick to glutes and quads and save the other injection sites for a more frequent dosing protocol as the smaller muscle groups cause a faster displacement of the steroid and therefore are not as ideal with less frequent dosing.

So think of it simply as shooting your left butt cheek on Mon and your right butt cheek on Thu (or whichever days suits you). Lastly, once a week would be fine, but far from ideal, especially with only ten weeks to stabilize your levels, twice a week will give you a better experience as far as gains, sides, and overall enjoyment. As far as my recommendation on pins and stuff - I would get some 3ml syringes with a 20-22g pin to draw the oil into the syringe with, and some seperate 25gx1.5" pins to shoot with; they may take longer to inject the oil, but will help reduce your fear of the needle as they are far from painful.

AS FAR AS YOU BEING GYNO-PRONE AND ANTI-E USE:
First off, nolvadex is not what you want to be running during you cycle, sure it will work, but is far from ideal. I would suggest running an AI (aromatase inhibitor) like Arimidex. I would run the arimidex at .25mg a day from day one. Using the half-life to determine when blood levels will be high enough to potentially cause problems is a common way that I see many people use and recommend, but doesn’t really make sense or tell the story.

Also, even though blood levels take around 3-5wks (depending on dosage) to reach peak and somewhat stable levels, most of the steroid is dispersed into the blood stream within 2 days. If one were gyno-prone, one would want to start the AI right away. Especially since as blood levels increase, SHBG (sex-hormone-binding-globomin) decreases causing a faster destruction of estrogen, so even though testosterone levels might be lower for the first several weeks, so is your bodys method of estrogen control so to speak. So run the AI from day 1 all the way through your cycle.

AS FAR AS PCT:
PCT (post cycle recovery) is a period where we use SERMs (selective-estrogen-receptor-modifiers) to help stimulate natural testosterone levels, we could also simply slowly taper down our dose and slowly allow our natural production to bring itself back up - Both methods work fine,and each has their drawbacks. I much prefer a taper unless one was in a hurry to start another cycle or whatnot.

But, I’ll explain the “PCT” protocol as it is more chosen, if you want to taper or learn more about it - ask.

First to understand the half-life and the exogenous (externally supplied) testosterone levels, we would see that it would take 2-3 weeks (maybe more) for one’s exogenous levels to taper off enough for SERMS to even work, as nothing is going to work to start your natural production in a recovered state as long as exogenous levels are above endogenous production, make sense?

So by stopping your PCT at week 12 would mean that you have absolutely no PCT and are really relying on a sub-par tapering plan. You should run your AI (arimidex remember? at .25mg everyday) through week 12 and THEN start nolvadex at 20mg a day for 3-6 weeks. There is also absolutely no reason to run it above 20mg/day unless one is using it for gyno-protection, for recovery 20mg is just as good. I would plan on running it for 4 weeks as a safe guess, but no less than 3; but again that is 3 weeks AFTER your exogenous levels have fallen, so if you insist on running nolvadex as more than PCT, then you need to think of it as until week 15-16.

As far as potential HCG use. I use it and generally recommend it, but for a first cycle at 10wks, I would not bother. If you did though, I would run it at 400iu twice a week from week 2 until week 12 (the starting week of PCT). and I would shoot it the day after each shoot or maybe even just 500iu on the weekends, I use 400iu twice a week.

HCG use will keep your nuts swinging nicely, as they might start to pull up a bit (tightened scrotum), shrinkage would usually not be much with just test at 500mg, throw in some Dbol, Tren or Deca and watch out! The idea is to keep them working during the entire cycle to make it more comfortable and recovery easier. To use it as part of PCT just doesn’t make sense to me, as at that point in time if (basically) synthetic LH would work for recovery, then your endogenous LH would work too and the Hcg would be pointless and actually counter-productive.

If one were to use it weeks 10-12 as a pre-pct while the exogenous levels are falling, then I would have to wonder why one didn’t use it the entire time?

So to break down my long-ass post into a cycle:

Thanks guys, you replies are really useful, always something to learn.

TheBeat, your reply has been invaluable, many thanks. I’m going to take your advice and take a’dex instead of nolva whilst on cycle and save the nolva for pct. I was looking at 22g pins to shoot with but since you say 25g ones will work also, i’ll just use the 22g ones to draw with. As you said, i’m sure once i’ve injected once i’ll be fine.

I won’t be using a d-bol kickstarter like jb99 suggested since i don’t have any, and if i now need a’dex my cash will go on that. Quite expensive a’dex too. I just don’t want to take any chances with gyno and/or pct.

Thanks again guys, just what i was looking for.

Don’t skimp out on the dbol they cost as much as M&M’s.

If I may add something, thebeat recommended shooting in the left and right glute however this can be dangerous. I have always only done my right glute and that is because the sciatic nerve runs down the left side, and if you are unfortunate enough to hit this you will be in a world of pain, do not inject on that left side. 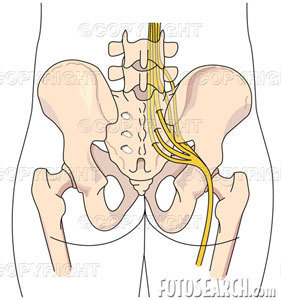 Here is a diagram just make sure you be careful and inject in the correct place, there are plenty of websites that offer insightful advice on the location

You are right inthezone, however i wrote what i meant the wrong way. I never inject in the left because that would require me to use my left hand which has no control. My friend used to alternate and he didn’t have much control, had to poke around a lot and believed he may have hit the sciatic nerve. You are right if you stay in the correct locations you should be ok.

Thanks again guys, i knew already to watch for the sciatic nerve whilst injecting as iv’e read a lot on cycles etc, but i’ll give it another look to refresh and hopefully learn good technique.

jb99 - i am right handed so i’ll take your advice on injecting only on the right quad, cheers. Maybe when im more experienced i’ll move over and try the left, who knows.

Many thanks for all your help, can’t wait to get started now.

So to break down my long-ass post into a cycle:

I just want to say that this was a terrific post and that posts like this one are why I love this website so much. Thanks Beat!

this is very much what i have been planning out…but i am not very gyno prone, as i found out when i was using finaplix/eq so i was wondering if i can just skip the arimidex, but have clomid on hand if necessary

Its not so much hitting the sciatic nerve its being close to the area, any injection may cause some localized swelling and this can cause enough irritation to the sciatic nerve to cause issues, just injection in the upper outer quadrant and you have no issues.

[quote]TheBeat wrote:
You’re on the right track, but we need to adjust and change a few things.

Best post ever, this is identical to what I’m starting and I was unsure of the science behind staying on Arimidex during weeks 11 and 12. Thanks!